[wps_cart_icon]
Login/Sign up
Community Stories. Get Inspired, Get Underlined
> Connect > Explore > Writings > When We Were Saviors

When We Were Saviors

The early morning sun sends streaks of red across the dark, sleeping sky as I watch Sofiyivska Square curl into view through my window. The old diesel convoy transporting us chugs around a turn and I take in the square like an obnoxious American tourist on a stuffy, broken up tour bus.

The bell tower stands tall on the left end of the vacant square and shimmers from it’s round, golden steeple. The classic architecture conjures memories of my travels to France with my parents and I almost think to reach for a camera to save the moment forever. Instead, I grip the tag velcro-ed onto my kevlar vest below my US flag that reads “AGENT LINEAR”, rip it off and stuff it into one of the pockets.

Unfortunately, this is no vacation.

“Am I interrupting the tour, Agent?” I hear the bark of the Sergeant behind me as the square finally vanishes from my view. I turn back around and see him with his arms crossed, swaying slightly at the movements of the convoy.

“No, sir.” I bark back as trained. He shoots me a stern look and shifts a file from under his arm to his hand.

The Privates filling the seats around me scoff and start talking s**t about “the pretty boy” they’ve been forced to drag along on their mission. When the Sergeant looks away from me and back at his men, the sneers evaporate.

“This your first time in the field, son?” He asks as his focus comes back to me. The stress lines on his face match his gravely voice.

“First time on this side of the hemisphere, sir.” I answer.

“This is likely to get ugly fast, kid. Having ‘abilities’ and that little doohickey you’ve got on your back ain’t a free ticket to victory. Keep up with the squad and we’ll get you through it.” He slams a hand down on my shoulder. “Think you can do that?”

I can’t help cracking a tiny grin but make sure it’s gone before he catches it. “I should be able to keep pace, sir.”

“Good man.” He removes his free hand and slaps the file onto my chest with his other before making an announcement to the rest of the convoy. “We’ve got a routine civilian rescue case but this could get gnarly. We’ve got 4 hours to the North of Kiev so I want my men rested and ready to move out when we arrive. Understood?”

“Yes, Sergeant!” The men reply as he walks back to the front of the convoy and we turn onto a highway.

I leaf through the file quickly before wedging myself against the metal wall and try to get some sleep.

The light of the mid-morning sky pulls me from slumber, but the uneven rocking of the convoy on the rough, un-kept, countryside road brings me back to full attention. Peering out my window brings me glimpses of decrepit, one story buildings isolated on their own, large apartment complexes, seemingly unfinished metro stations and more.

As we progressed, the damage to the surrounding landmarks only seemed to worsen.

Severe overgrowth of weeds, buildings crumbling under themselves, everything covered in dark rust. But as we broke out of the tree line we entered a city that seemed to just appear from nothing… Tall complexes towering over as we pass by, groups of them surrounding large areas of forest, as if they were closing in on us.

The bright sky, now blanketed with smoggy clouds and threats of rain.

As we continue our journey through the ghost town, I remember the file and open it again.

It reads as follows:

Target Deploy Act Directives: Use Caution on Approach, Shoot to Maim and Detain, In Situations that Arise, Shoot to Kill Directive is Approved.

Below the information is an aerial photo of a large tiled, grey building of the same condition as those that surround us. It’s only until I close the file again that I realize the presence of a clacking sound, now blending in with the movements of the vehicle. The sound of semi-automatic firearms now being strapped to the uniforms of the men around me…

…A clear sign that we have arrived at our destination. 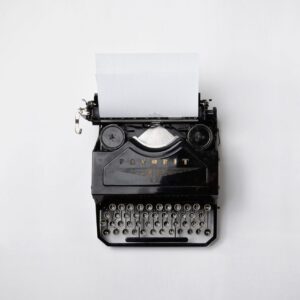