Danny Forest works in CSI and doesn't like when murders go unsolved. He's been collecting samples of the victim's blood and mixing it with tattoo ink in the hopes that when he tattoos himself with their initials, the tattoo will become haunted and he can simply ask the spirit of the murder victim who their killer was. Well, he's finally got his ghost, but she doesn't seem interested in solving her murder at all. But if they can't figure out what her unfinished business is, she may never move on. 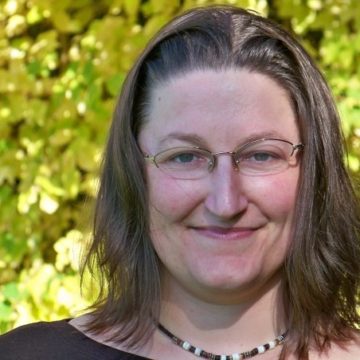 “Would a veggie omelet kill you?” Lizzie demanded.

“Bacon is the only reason I get out of bed.” Danny deliberately let the aluminum and glass door to his office swing shut behind him.

“It’s literally slices of dead animal flesh,” she moaned, gliding through the door.

“What was that for?” He glared at the teenage girl in a gray hoodie and ripped jeans hovering in front of him.

She looked so much like Sara, it hurt, and he lashed out. “I’m having a cheeseburger for lunch.”

“I mean, who gets tattooed with someone else’s blood? That’s just gross.”

“So you’ve said. Anything else? I have work to do.”

He’d rolled up the sleeves of his powder-blue button down to avoid staining them while he cleaned up the coffee.

“How’d they do it?” she asked, peering at the other initials covering his arms.

“Wouldn’t know. Yours is the first one that worked.”

“At least ‘till you complete your unfinished business.”

He flicked his computer on and pulled out her file. “Just tell me who killed you, we’ll lock him up, and you should be free.”

“That’s not my unfinished business.”

“You were murdered at nineteen. Why wouldn’t you want to catch your killer?”

Danny tugged his sleeves back down, “I don’t buy that. There’s always a reason.”

A new meeting notice for 9:30 chimed on his calendar. “Ah, seems your brother is coming in to speak with Detective Bowman today.”

Liz exploded off the computer, “We have to stop Tommy from talking to the Detective!”

“Maybe we could tell Tommy you’re the detective.”

An email popped up on his screen at the same time his phone rang. It was Sindy, their computer tech. “Forest here,” he said.

“Danny, take a look at what I just sent you. Your girl’s got a record six pages long; mostly petty theft.”

“How come that didn’t come up before?”

“Mommy and daddy paid to seal it. Which reminds me; you did not get this from me.”

“Hello, you still there?”

“You sound tired. Jenks on your back?”

“No, some things just aren’t adding up.”

“Sounds like you need a break. Some of us are going out to Split Sides tonight. I can’t remember who the comedian is, but you should come. Food’s decent and all-you-can-eat.”

“I gotta go.” Danny hung up and glared at Lizzie. “Why didn’t you tell me you had a criminal record?”

“Why aren’t you going out tonight?”

“…Who’s being haunted by a derelict thief. Your life is a comedy.”

He raised an eyebrow.

She picked at a loose strand of her jeans. “Yeah, it’s all true.”

“You didn’t interrupt the robbery, you were there to steal those drugs.”

“Medication. For a friend.”

Danny started pacing. “Unbelievable. You want to protect your accomplice. Well, when we find him and lock him away for good, you’ll be stuck here until I die, which is just what you deserve. I can’t wait for your brother to find out what kind of sister you really were.”

Ice gripped his arm, sending it across his desk and knocking a framed picture away. It hit the floor with a crash.

“No!” he cradled the ruined frame in his lap.

Lizzie peered down at the picture. “She looks like me.”

“Technically, you look like her. Sara would’ve been older than you now.”

Danny ran his thumb over the image of his sister. “She killed herself twelve years ago. She was fifteen. We never found a note.”

Lizzie trailed her fingers over his arms, like she sensed the other tattoos. “But you’re not really living.”           The calendar chimed. 9:15. “You’re just like Tommy. Both your sisters ruined your lives with their deaths.”

“You didn’t kill yourself.”

It all clicked. “There was no accomplice.”

“So if you’re not protecting an accomplice, then you’re protecting-“

“No. I had my back to him when he activated the Taser.”

“He moved you to the base of the stairs, hoping it’d look like you fell.”

She nodded. “Did it while security waited for the police.”

“But a Taser shouldn’t have killed you.”

She tapped a finger to her chest. “Weak heart couldn’t handle the strain of the shock which, ironically, also shorted out my pacemaker.”

“Tommy would’ve known about your pacemaker. It would look like murder. So he erased the tapes.”

“You have to stop that meeting,” she said, still eyeing his calendar.

“I’ll talk to Tommy first. He shouldn’t blame himself for your death, but if he still feels the need to turn himself in, I won’t stop him. Otherwise, that might be his unfinished business.”

She shivered. “No offense, but I wouldn’t wish you on anyone.”

“How am I not supposed to be offended by that?”

Lizzie started fading away. “Figure it out, Detective.”

“Not a detective,” he said.

There was no response. The cold spot over her initials was gone. Danny pulled a stick of beef jerky from his desk and took a bite.

“Try to stay out of trouble, Lizzie.” He headed out to intercept Tommy. While waiting for the elevator, he opened a text to Sindy.