The Warrior and the Creature

This is a story written by me, who is an amateur writer looking to start a career in writing one day. See what you think. Its a short story about a classic good and evil battle. I hope you like it... 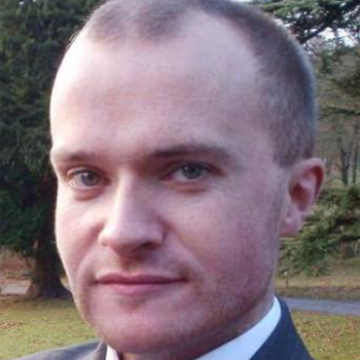 Chapter One, the church

The church had once been a place of wonder and delight. Beautifully sculpted figures craved in the ancient white stone, pane glass windows twinkling multicoloured in the mid-morning sun, flowers and lush green grass gracing the surrounding graveyard.

Many came here for worship and to hear the vicar talk and lecture, hanging on his every word.

But after the discover of the hidden burial chamber deep underneth the church and the revant’s freak death the church had been allowed to fall into ruin and evil was allowed to enter the world.

Thick clouds hung low above the gloomy presence of the church, obsurcing the late afternoon sun.

The lone figure stood at the church gate. He wore heavy cumbersome armour, a large sword sheathed at his back. He scanned the area with experienced eyes. Suddenly he jumped into the air and even in his bulky armour flew easily over the gate.

In one smooth motion, he pulled the sword from its sheath and he landed hard on the ground, sword raised high. For a few moments, he stood silently surveying the area. Looking around his head suddenly jerked towards the looming structure of the church, some crows squeaked and landed on the church tower. Moving quickly along the overgrow graveyards small pathway, he quickly reached the door and found it was slightly open.

Before entering the church, the warrior paused. His grip tightened on the sword in his right hand, he stretched and moved his body, preparing himself for the battle to come.

With a roar, he lepthed through the door, a battle cry on his lips.

But all was still. Moonlight streamed through broken windows revelling a gloomy but empty church. Our hero looked around, slowly walking a little way inside.

“I know you are here” he muttered to himself.

Raising his sword before him, Jason closed his eyes.

For a few moments nothing happened, but then slowly the sword began vibrating. A heat like haze surrounded the now glowing weapon, it almost smouldered red and orange like a coal fire.

Jason opened his eyes and smiled.

Before him, although appearing from nowhere was the prey he hunted.

To any mortal man, they would have seen a little old man, dressed neatly in vicar clothing. But Jason could see through such illusions.

“Hello my child,” said the old man fragile, moving slowly towards him.

The was a pause and the old man let out a slight scream.

“Fine…..” The old man’s voice had changed to a deep monstrous gabble.

The creature let out another scream which knocked Jason to his knees, the scream echoing around the church.

He looked up at the monster before him. Large and mostly black, its bulk filled the church. It held an axe and a sword in each hand, each weapon the size of a man, enormous grey horns crowning its head, deep purple eyes fixed on him. Waiting to pounce the creature smiled, revealing row upon row of sharp teeth.

Jason lifted the ridiculously large sword. The warrior’s arms tensing under the immense weight of the powerful artefact in his hand. Using both of his hands he bought it vertically in front of his face, the orange glow reflecting off his helmet.

muttering a prayer to his family. He prayed they were ok and wished to meet them again one day, a single tear rolling down his worn out chiselled face.

“I will kill you”

The creature’s voice seemed to bubble up from the corners of his mind, as the creature hadn’t even spoken.

“You may….” whispered Jason.

Jason leapt towards the giant creature his glowing sword raised high, a battle cry echoing around the church………….