Ailis is the palace's Omen. The silent messenger to the kingdoms soon to deceased royals and commoners. The MacKenna's have been the Omen's of the palace for centuries but now Death whispers her cold words of the crown prince's death. Ailis is stuck between her duty to her kingdom and her loyalty to her heart. 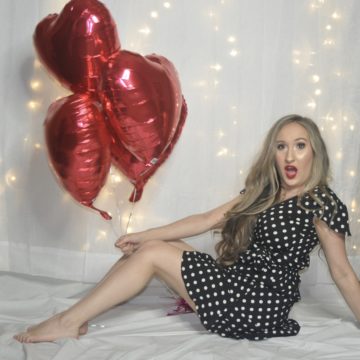 A field painted in blood.

It glistened off the pale yellow grass, shining like rubies underneath the harsh sun. My eyes glazed over the meadow searching for answers the king so desperately wanted. One measly death in the kingdom, that was all I needed to see and then I could stop staring at the horror my mind could never forget. I was beginning to think Death would not come to visit but its cold talons latched onto my bare shoulder, pulling me into a scene of mass chaos.

Destruction scattered across the palace floor as people frantically tried to find a place to hide. Some struggled against the grand hall’s large wood doors, but they were blocked from the outside. We were all sitting ducks in the pond just waiting for a beast to ****** us into its wide grin.

I stood in the middle of the room just watching the scene. My gaze memorized each face death clenched in its grasp, ready to bare their names to the King later. The marble columns surrounding the hall bust into dust right on cue with the musical beat pounding around us. Flags which symbolized each element now laid amongst the ruble crumbling around my feet. I didn’t bother to sidestep the column falling in my direction knowing it would only crash through my materialized form. I was deaths silent warning of what was to come.

Something hit against the base of my foot, a warm sticky substance squishing between my toes. Slowly my stare traveled down to the object not expecting the sight below me. A piercing scream escaped from my lips sending my feet only a few steps backward before they lost their grip on the slick surface. Falling forwards I landed in the pool of red surrounding me, the liquid soaked into the thin white dress covering my body dying it a murky pink color. My fingers clawed back trying to distance myself from the scene I was looking towards. Dark liquid pooled from the decapitated head which had been rolled across the great hall like some sick game of bowling. The head wasn’t just any head though; it was the one person the rebels desired the most.

The dark glazed over eyes of the crowned price stared back towards me.

Scrambling from my position of the floor I rushed over to the thrones where the disconnected body sat. In the hand of the headless boy laid a single gold goblet filled to the brim with a dark purple liquid. I ripped the cup from the dead man’s hand bringing it up to my lips. The liquid was bitter just as the alcohol in the palace always was but this time the sting which always slid down my throat was a continuous fiery burn seeping deep into my pores. I took another sip of the sloshy liquid before realizing it was laced with poison.

A choked back sob carried through the study I sat in as light quickly flooded back into my vision. Death released its firm grip on me allowing me to feel the cold chill on my firey skin. I stood up quickly from my cushioned chair causing the piece to fly back with a loud bang. The sound alerted the guard’s stations just outside my study, each one of them knowing the girl who saw death daily could never sit still.

“Are you alright Miss?” The first guard entered the room searching for any immediate danger.

“Everything is fine. I apologize for the noise,” my voice cracked, it had been hours since I had last spoken a word to another person. The guards nodded their heads before retreating from the room. A single chime from the clock on the wall singled it was time to attend lunch. Pressure built in my chest as I entered the hall, everything looked perfect but soon it would be covered in so much death that no one would be able to scrub off the scent.

“Ailis,” my neck nearly snapped off as I looked towards the booming voice belonging to the King. His intense eyes’ tracked me like a hawk, making my blood run cold, “Anything new to share from the great beyond.”

Snickers could be heard around the hall infuriating me but I smiled towards the ruler. King Callaghan loved to bring out the worst in me, it always felt like a game of cat and mouse.

I knew full well it was a demand and not a question, “Nothing as of yet but if something is found you will be the first to know.”

The lie could be my head if he so chooses but the King sat back narrowing his eyes towards me for only a second more, “Very well bring me your report by the end of the day Little Omen.

I flinched at the nickname hating that it had become my identity. Small beads of sweat gathered at the base of my neck as lunch passed and before I knew it the quiet of my study was all I could hear. I knew what the vision meant, they were never wrong but admitting would make it a reality.

“That was dangerous of you,” a deep voice spoke breaking me from my thoughts. In the doorway stood the crown prince, Torrance Callaghan.

“I don’t know what you mean,” I stuck my nose in the air refusing to admit anything.

“Lying to my father could have cost you your head, and I do very much like where your head is right now,” Torrance closed the gap between the two of us. His hand reached up brushing a dark curl which had fallen in my face away. I pulled back not able to look the prince in the eyes. He was two steps ahead of me holding my body in place. Dark eyes bore into my skull making me turn to face him. “What is wrong?”

“You will be dead by the end of the night, Your Majesty.”