The next month’s tea party had such a clamoring for attendance that the venue had to be moved from the Hampton’s home to the Rec Hall in the First Baptist Church. After the meal and pleasantries were finished, no one wanted to play cards or chat. Everyone wanted to hear about the first tea party. To everyone’s surprise, the most eager volunteer and expert storyteller was Mrs. Annabelle Weaver. It turns out that underneath that straight-laced veneer there existed a great sense of timing and humor. From that day forward Mrs. Weaver was the official narrator of The Legend of Big Mark Hampton and the Tea Party.

One final note I would like to share is that we moved away from that small town when I reached the sixth grade. The monthly tea parties were still going strong at the time. Eleven years after the original tea party, at the beginning of my junior year in high school, my parents divorced and my brother and I returned to live for one semester with my grandparents. Once each semester the local high school to which we had enrolled would hold a community entertainment night they called a Lyceum (Latin for a gymnasium near Athens where Aristotle taught). The one that my brother and I attended had an interesting program entry. It was called an “Evening with Annabelle.” It was the final act of the night. When the curtain opened, seated at a replica of the Hampton breakfast table with all the trimmings of the first tea party sat Mrs. Annabelle Weaver. To thunderous laughter and applause, she regaled the crowd with the incidents that occurred at the first party. When she finished, we gave her a standing ovation. I learned later that she gave that performance only once a year just before graduation. That year she had asked to deliver it early so that Tony and I would be able to experience it.

That is how legends endure. 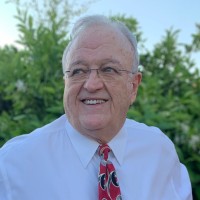