The Detective of Ink and Spirit

Lysander Beechum knows pain, and his back tells the story. WIth his friend and partner Jorah, an African warlock, he solves England's most disturbing murders. But his methods are unorthodox and come at a haunting price. 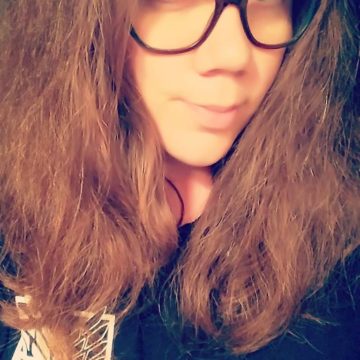 The man took the needle in his hand and pressed it into my back rapidly and repeatedly, permanently marking me in ink with great precision.

We had done this on many occasions now, and every time I felt it less. Not much of my back was free from the black marks now.

“Jorah, don’t forget the initials,” I said flatly, “they’re the most important part.”

I caught him in the looking glass rolling his eyes at my unwanted reminder, “I know how to do this properly by now Lysander.”

Yesterday’s date, August 12th 1856 in Roman numerals would now be etched into my skin until death with the initials EMW.

When I was sure Jorah was finished, I stood quickly and grabbed my shirt. I caught my reflection in the looking glass with the movement and frowned at what stared back at me. My face had become slightly rough and unshaven, and dark purple bruises had formed under my green eyes from sleepless nights and research. My black hair fell into my face slightly and I pushed it back, noting how pale my skin truly looked in contrast.

“Remind me I need to get a shave,” I mumbled.

Jorah chuckled shaking his head, and I watched him pensively as he began to gather the instruments strewn on the bed. His brown skin was flawless and he had an attractive build, but the way his broad shoulders drooped slightly told me our work was taking a toll on him as well.

“Do you ever regret leaving Africa to come with me to England?” I asked.

“Never.” He stopped abruptly and looked at me, his dark eyes boring into mine, “The work we do is good and you have been very generous Lysander.”

I ran a hand through my hair and sighed, “I just know it is hard for you here, and for that I am truly sorry.”

Jorah smiled and shrugged, “within these walls I am your equal, that is enough for me.”

English society was not exactly kind to black men, especially ones like Jorah who I treated as my partner and friend.

He left the room with the supplies and I finished dressing in my stifling attire for the day before making my way to the parlor where I knew the housekeeper, Mrs. Baker had tea and biscuits awaiting me as always. Not much changed from the daily routine of my manor, only the dates and initials inked into my skin.

Grabbing a biscuit, I sat on the sofa and began to read the paper, scanning every article meticulously.

“Who are you?” A small voice called from the entry of the parlor.

I slowly lowered the paper to see a small, blonde girl wearing a simple gown staring at me curiously. Children made me uncomfortable, especially in my line of work.

“My name is Lysander Beechum,” I said quietly, “and you are?”

“Emmaline,” She replied with a curtsy, “are you a good man?”

I swallowed thickly, mulling the question over in my head.

“Good enough.” I settled on.

I inclined my head towards her in gratitude and she giggled before skipping off down the hall.

A moment later Mrs. Baker and Jorah came into the parlor, quietly talking.

“Mr. Beechum, I didn’t hear you come down!” She exclaimed startled, “I’d think you were a ghost if I didn’t have to pick up after you all the time.”

I chuckled and sat the paper down on the tray, “sorry I did not make my presence known Mrs. Baker.”

She waved her hand dismissively, “I was just telling sweet Jorah that you needed to get your tea before it grew cold.”

Jorah cleared his throat awkwardly at her comment. She treated him as I did, like an equal, and we both secretly loved her for it.

“What does the news look like today?” She asked, wringing her hands nervously.

I poured myself a cup of tea and took a long sip before answering, “there has been another murder.”

The horror in her eyes was obvious, “Another man? Or is it a woman like the time before?”

Jorah and I locked eyes and he shook his head willing me not to tell her.

“A child actually,” I spoke calmly, he looked at me with disappointment.

She gasped clutching her chest, “who would do something like this to a sweet innocent?”

I stood up, setting my cup down on the tray and brushing myself free of crumbs. I made my way towards the foyer to grab my coat and hat, but Mrs. Baker’s hand shot out and grabbed my sleeve.

“Lysander,” She whispered, “your work as a detective is dangerous and I’m worried about you. I know I’m not your mother, but I’ve pretty much raised you.”

I patted her hand and gave it a gentle squeeze, “I’ll be fine Alma.”

“I’ll keep an eye on him Mrs. Baker.” Jorah placed a hand on her shoulder reassuringly.

She smiled at Jorah before turning back to me, “I know you do a lot of good, putting deranged men behind bars for horrid crimes, but sometimes I think it’ll be your death sentence.”

I placed my hat on my head and felt the burning of my new tattoo as I reached for the doorknob, looking at Mrs. Baker. “If I don’t go, more people will die.”

She caressed my cheek fondly.

When I turned in Jorah’s direction, I noticed the blonde child standing on the staircase looking at me sadly. A knot formed in my throat. Tears began to fall slowly from her eyes and I smiled halfheartedly, my tattoo itching.

“Mr. Beechum, before you go, what was the name of the poor child the monster butchered this time, so that I can say a prayer and send something to the family,” Mrs. Baker asked solemnly.

With my eyes never leaving the small girls I spoke, “Emmaline. Her name was Emmaline Mary Whitaker.”