The Bow and Arrow

Amaya meets her future self in another realm of reality, receiving a much-needed message. 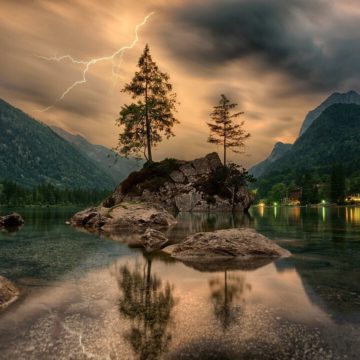 Short- The Bow and Arrow

She slowly turned around, and her face shocked me even more than it had the first time she appeared. Medium-length, syrup-colored hair blew in the wind current sweeping towards her front and my back. She had a superhero-like stance, her foot planted behind her so she was just halfway facing me. She looked skeptical, almost confused. Her features were the exact same as mine- the high cheekbones, slim nose, and asymmetrical eyebrows. I always hated my eyebrows, but she… she somehow pulled it off.

“I thought you were going to be almost ecstatic to see me,” my future self retorted.

“I… I am,” I offered, “I was just incredibly startled, and I think the shock is starting to wear off. I’m sorry.”

She immediately smiled and completed her body’s angle towards me. Just then had I noticed the clothes she was wearing- a fully black two-piece set, somewhat flowing airily in the atmosphere. It was gorgeous paired with her gray slip-on shoes. She was taller than me by a few inches, and I wondered how I could even grow taller past my current age. Reality began to set into my mind, as spinning questions and rhetorics about how insane this scenario was pounded upon my temples.

“I’ve been called to show you something,” she stated like she was commenting on the weather. “I’m sure you’ve noticed almost everything about me is different than you right now- more evolved. You’re most likely incredibly confused, wondering how you are me.”

“I am,” I responded, “you are different in all the best ways.”

“I know,” she laughed, “and because of my evolution on our timeline, I am equipped to deliver a message that you urgently need to hear,” she made a hand motion to follow her, so I did.

I walked behind her as we made our way towards an even larger space, standing across from a target. The purple-shaded target had three rings, as if it was for archery or something of that sort. It took almost no time at all, as I began to recognize that time and space were different here- two steps were taken and the whole environment changed. The background of bright shades of turquoise hills rounded my focus on her, the dark sapphire sky swirling in contrast. This place was unlike anything I’d ever seen before, and I wanted to know more about it all.

“What’s this?” I asked, more perplexed than ever.

“This is what I want to show you, Amaya.”

She grabbed a large onyx bow out of thin air, sweeping a clear quartz-like arrow in the slot, pulling back the string. She squinted her eyes and immediately fired, hitting the exact center of the target nearly two hundred feet away from us. I stared at her in awe as she chucked, turning back at me.

“See that?” she asked, not letting me respond, “that is the greatest analogy of all time.” She drew her hair back with her hand, exhaling, “do you see how effortlessly I shot the arrow? I didn’t hesitate, nor did I invest my emotions into said action,” she spoke, “something that I haven’t really noticed you enjoy doing.”

“I’m sorry if I’m being harsh, but I know you deeper than anyone. I am you, Amaya, and I know that you have caused yourself extensive amounts of suffering because of your perfectionism. If I would have simply taken one more second to think before shooting that arrow, it would not have hit the target. The arrow itself might not have even left the bow. That’s what you’re doing- you’re missing the target.”

I became speechless. Images of my life flashed before my mind’s eye, all times where I sat and ran in circles around myself, trying to perfect everything I’ve done. I haven’t done so many things because I simply didn’t believe that it would turn out perfectly. I’ve been missing the target this whole time.

My future self looked into my eyes with the deepest, purest gaze. She gave a close-lipped smile, and drew a duplicate arrow from somewhere in space behind her. She took my hand and gentle placed the arrow in my palm, closing my fist around it. She put the bow in my other hand.

“I love you,” she said, as her presence began to dissipate.

The particles making up her face started to separate delicately, spreading down further and further until all I saw were the beautiful valleys in front of me. I took a deep, warm inhale, turned my body towards the target, and shot the arrow.