Shadows over Water (on a hiatus)

For Celest, life has always been normal, living with her grandmother on the lakeside. Until her grandmother mysteriously passes, and she is sucked into a different world where she is a Shadow princess and nothing is as it seems. More to come. 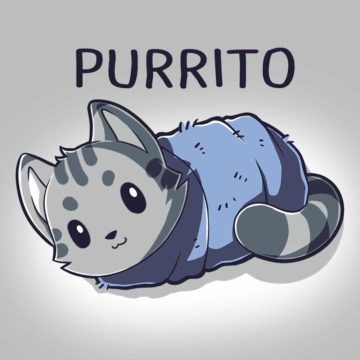 A simple word. Her name.

But with it, came so many promises, never to be fulfilled, so many chances not to be taken, so many hopes…extinguished, in the blink of an eye, like the fragile life of the frail woman before her.

“Y-Yes, Grandmother?” Her voice trembled-she hated when it did that. But what she hated more was the reason why it was trembling-why she herself was shaking, dreading the isolation to come, in the days and weeks after this moment.

“W-what about them? Grandmother, they’re dead, they have been for years.” Was she hallucinating? But no, her eyes were bright and focused, even in this moment of weakness. Her grandmother had never been susceptible to delusions.

“Th-they are n-not….” Her voice trailed away, and her head lolled back onto the soft pillow she was resting on.

They aren’t what? “Grandmother, what are you saying?” She noticed the light go out of her grandmother’s eyes and knew that she only had minutes, seconds of life to cling to before she would go…elsewhere. Into the Void, as she had always been taught as a child.

Her grandmother tried again, the strength fading from her rapidly, like water draining out of a sink.

“They…are…not….” Again, she did not have the strength to finish. Until she gathered her strength, and, with a massive effort, lifted her head, ever so slightly. Celest leaned forward, sensing that the end was coming for her grandmother.

But her grandmother fell back against the pillow, and she realized that she had gone too far, the end had came for her, and her spirit was now entering the Void, the inky blackness, the nothingness encompassing her, entering her until she was not Etain Idris, but one with the Void. No, until she was the Void, and the Void was her.

Celest let a tiny sob escape from her, until the rational, logical side of her brain kicked in. Be reasonable, it said. No room for emotions now. You have much to do. Yes, that was true, with her grandmother dead, she would have to take care of everything by herself. She would have to find her own food (although she already did that before Etain had died), take care of their tiny garden, sustain herself, care for the few animals that they had.

Then, her grandmother moved.

Her grandmother rasped one word, just one word. “Dead.”

Then Etain Idris laid back against the pillow and let the darkness claim her.

An inky black swirled around her, and Celest knew she was gone. That there was no coming back now. A sudden, violent gust of wind blew all of the shutters shut, blew out all of the lights. Celest knew this was no coincidence. No, this was the Void, or whatever deity controlled it (Eifa, the goddess of darkness, said her subconsciousness) , coming here to claim her grandmother. She tried to choke out a sound, but nothing came out as all of the air vanished from her lungs. The darkness entered her grandmother’s body through the eyes, throat, anywhere where there was an entryway into her frail grandmother’s body. Faster and faster, it poured into her, until her eyes turned black and she was no longer human. No, she was something immortal, neverending, all-powerful. She was the Void, and the Void was her.

Celest could barely see, her vision growing darker as the Void inhabited her grandmother, who just last week had been joyfully laughing and teasing Celest.

She knew what happened next. Everyone did. Slowly, deliberately, Etain’s body rose up, hovering above Celest. Then, a blinding, searing light appeared, so bright and intense that Celest was forced to close her eyes against the stream of light.

As Celest stood, in her living room, which had once been her favorite place in the world, the light at last shone on her grandmother’s body, and obliterated-burnt it into nothingness. As her grandmother disappeared from Celest’s life forever, so did the Void, the inky darkness and the intense, bright light.

Or so she thought.