Powers of the Sea

In a world overrun by a dark tyrant, there is little hope. Many wolves are enslaved, and more still are dead. the resistance, an underground organization, is the only thing standing between The Dark One and total domination. But when Rue learns information about the possible whereabouts of her missing mentor, she needs to find a way to save her friends... and the world. 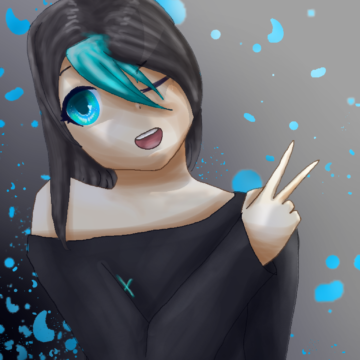 The wolf pup shrunk into a corner, a drowned wolf at her feet. Its fur was pitch-black, matted with the blood of others. The ring of dark wolves surrounding her stepped closer, wary of her powers, but determined to kill her. The last of them she saw before they were engulfed in vines was their teeth, nearly inches from her. Then thick green vines sprouted from the earth, and the ground opened up beneath the wolves, leaving only the pup unharmed.

The pup cowered in the corner, waiting for the sounds of bone-chilling howls to fade away. After the sounds of fighting died out, she crept slowly from the den. There were several wolves creeping in the shadows, and she started to hide again, when one notice her. She shrank back, staring fearfully at him. His fur was reddish, except for a green X over his chest, the sign of the marked. He seemed unsure of what to say.

“ a-are you going to k-k-kill me?” The nervous pup stuttered, her eyes full of fear.

The other wolf seemed taken aback. “Kill you?” He said, “don’t worry. My name’s Red. I’m part of the resistance, and we’re here to help.”