Princess Layla grows bored looking over the same kingdom of Scotland every day, making peace insted of war. But she fails to notice the corruption coming from within the walls of her own castle. Soon her life is threatened by treason to the crown. 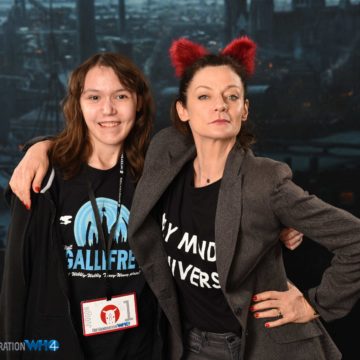 However slyly the poison tries to hide, you can always find it on Nettle Wine’s left side. -Harry Potter and the Sorcerer’s Stone

The rolling green hills of Scotland sang with their odd folk song as the fog shook the fall leaves to the ground. Peasants rolled down their grubby sleeves and wished they possessed a fire to spend the night behind in a large, plush and comfortable room. Which now the princess Layla was pacing around without any regard for those suffering below the mighty hills reach. Her purple gown dripped with diamonds, a singular shard more expensive than the earnings of the poor for a week. It wasn’t as if she relished in the fact, she rather despised it on a good day. On a particularly bad day, she sided with her mother and was more than grateful for the royalty she had been born into, and watched in her warm blankets as the wind howled unforgivingly outside the palace walls.

The people of this particular Scottish kingdom had lived peacefully for years, and always prided themselves on their record of negotiating wars between kingdoms. However, they were unfortunately blinded by corruption within their own. It had been an evening like any other, the setting sun blazed with crimson red, firey orange and dark blue before finally settling on a wave of purple. The maid came in, bustling about in a good mood as usual, complimenting her majesty’s dress and would she like water with her wine tonight.

The princess denied the offer and the maid exited with a bow. So it had been the night before last and the night before last, the princess thought as she downed her wine and made a sour face. What did those grubby peasants in the fields cook up? It was never any better. In truth, Layla hated her high status. She hated meetings with the throne, cooperating with other kingdoms, and her mother was forcing her into marriage with a kingdom they had once quarreled with. The kingdom of Ireland.

The groom was to stay in the castle tonight with his father and a few servants, which did no help in Layla’s sleepless nights. She jumped when a loud clatter sounded in the hallway followed by a stream of the best Scottish cursing she had ever heard. Itching with curiosity, she crept to the door and silently turned the handle, leaving her safe place to go explore the secret passages of the castle.

A bustling figure was making their way swiftly down the long corridor, trying to confuse whoever might be following, and it was working. Because before long the figure doubled back at the sound of a harsh voice.

“You have completed the tasks, I trust?” the voice snapped. “The wine and the poison are distributed?”

“Yes, mi lord,” the figure trembled. “Neither suspect anything.”

“Very well,” the voice said. “Return to your chambers. From now on, it’s fates time to choose. Er…out of curiosity, my dear. Do you remember to which order you placed these items?”

“The poison was on the wine’s left side,” the figure replied.

“Corruption from inside the kingdom itself,” the voice chuckled.

The figure scurried back down the hallway and Layla was shocked to see the maid that attended to her not five minutes ago. And indeed every night before…and she was talking about poison as if it were a matter of fact. She waited until she was sure whoever the mysterious voice belonged to had gone and rushed down the corridor. She threw open the doors to her mother, the Queen’s chamber.

All appeared to be ordinary, the lavish bed and grandiose furniture, except her mother was nowhere to be seen. Treason…a voice whispered in her head. They talked of sabotage…the maid, all this time. But who was the other voice? Her gaze came to rest upon the goblet that lay on her mother’s bedside table. But there was one problem. It was identical to hers.

She sniffed it, surely the potion would smell of mold or have black fumes…but the substance sploshed around and simmered. Surely if drinking this would save her mother’s life…it was far more important than the dull life she was leading. This was the closest to adventure she would ever get. Layla, the secret hero who saved the kingdom of Scotland…

And when she brought the steaming goblet to her lips, took a sip, she realised it was poison.

The liquid slid down her throat like a slimy substance and then burned, stunning her insides to the point she collapsed to the bed. Her mother would have this fate if it weren’t for her…she was more suited to royalty anyways. The thoughts slipped from her head and her vision went blurry, but just enough so she could finally see the figure in the doorway.

It was the king of Ireland.

And so the princess fell to the floor. The damage was done. The winds blew across the great green hills of Scotland, carrying their mysterious song of untold stories.

But some stories are better left unknown.