Lord of The Rings: The Untold Story of Kishara Greenleaf

Kishara is the daughter of Galadriel and Celeborn the Lord and Lady of Lothilern. At a young age, she got betrothed to King Thundril of the Woodland Relm. Upon arriving in her new kingdom, she is met with a different reality then what she originally dreamed of. Much love to J.R.R Tolkien

Inspired by: Lord of the Rings 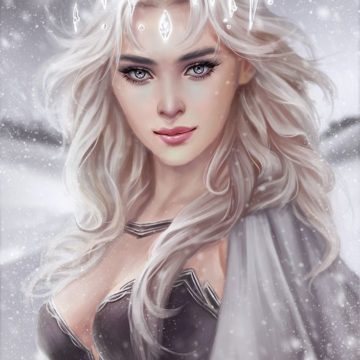 A new home and a new life

Kishara is the daughter of Galderiel, the Lady of Light and her Celeborn Lord of the Lorthlien. She had been married off at a young age to the new Woodland King, Thrundril. The idea of being married had always excited Kishara and becoming a mother to the next generation of elf was something she also looked forward. The Woodland Realm that she was heading off to was much smaller than her home but she was determined to make the most of her new life. Yet a growing sense of dread grew in the bottom of her stomach as the envoy entered the dark and eerie woods of Mirkwood.

Once in the protective walls of the wooden castle the young queen looked around her as if waiting for something to happen. She could feel the eyes of the court on her and part of her wished she was back home. Her eyes moved to the wooden throne where upon it sat her new husband. There was no emotion on his face. Nothing that resembled any sign of relief that her journey was not met with danger. After a long pause and awkward silence she curtsied before the throne. “I am pleased to be here my lord. I will be an obedient and loyal wife to you. As well as bear you many sons.”

Thrundril rose from his throne and walked down the steps toward his bride. He gestured for her to stand with the motion of his hand. He still did not say anything. It was almost like he was testing her.

Kishara rose to her feet. Her ladies in waiting did the same as their misteress but said nothing as they had not be addressed. “My lord, am I not what you wanted in a wife?”

The elfin king motioned to one of the guards to escort his new queen and her ladies her new bedchambers.

The escort bowed and walked over to Kishara. “Follow me my lady.”

Kishara followed the escort though halls and passageways. “Does the king, my husband not have the power to speak?”

“Forgive me my lady, but the king’s mind is elsewhere. We have been trying to fight off many dangers in our lands including the men that live on our borders as well has trading with the Men of Lake Town.” The guard said not looking at his new queen.