Jack moves to LA after what happened to his last relationship. The he moves in with Mark aka his big crush and things get a little emotional on the way then Jack get a positive point in his life. That will effect Marks and his life's forever! 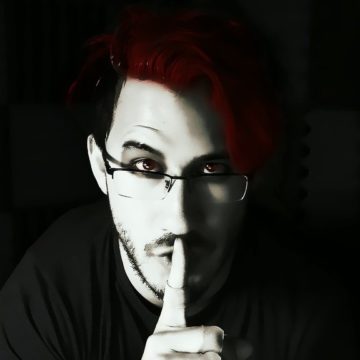 (Idk why its mostly Mark, more of Jack will come soon, don’t worry?)

I started to clean up when I saw Jack walk over.

“Need some help Mark?” he asked as I was washing the dishes.

“Um, sure can you clean off the table?” he nodded and grabbed the spray and a rag, first he threw away the empty pizza boxes then got to cleaning.

I finished the dishes and walked over to the couch and looked to see they were watching Rick and Morty.

“Sweet.” I said as I flopped onto the couch next to Jack. I was excited because I knew this was Jack’s favorite show, I hugged Jack closer to me and he blushed,

“Aww.” I heard Wade whisper, I didn’t say anything. I do love Jack and I’m done hiding it, I looked at Jack as he cuddled my chest. Bob chuckled and nudged Wade,

“We better be going huh Wade?”

“Ya we should be going and leaves these two love birds alone.” they got up and left, I didn’t mind. I was glad to be with Jack alone. We stayed glued to each other and watched TV. I soon heard Jacks’ gentle snoring, I smiled and picked him up carefully to carry him to my bed. He was extremely light so it didn’t give me any trouble going up the stairs. I laid him down on my bed and covered him up. I kissed his forehead and went back downstairs to let Chica in, after I did I sat on the couch. I started to wonder why Jack was in LA, forever. Doesn’t he have a girlfriend that lives in Korea? Why did he move farther away? I kept asking myself these questions. I got an idea of having a movie night with all of my friends and maybe Jacks’ as well. Then I wanted to be a surprise for Jack, a welcoming gift! I thought to myself, I took a notebook that was on the coffee table and wrote down names to call, party stuff to get and the type of cake. I called Bob, Wade, Felix, Dan, and Phil. Most of them could come but sadly Felix was spending time with his family, I crossed his name off the list. I heard Jack come down the stair, I put my notebook away quickly and looked at Jack. He rubbed his eyes and smiled at me,

“Heya Marky.” I chuckled and stood up,

“Had a good nap? You looked really tired.” I held him as he tried to keep his balance.

“I’m not used to the time difference.” he yawned. I sat him down at the table knowing he would be hungry. He laid his head on the table, I could hear him yawn again. I made him a cup of coffee and just two eggs, knowing dinner is soon.

“Thanks Mark..you really know how to take care of me.” I smiled sitting next to him,