It's all in your head

This story represents the struggle one can go through when struggling from withdrawal symptoms due to drug abuse. I have had first hand experiences with these hallucinations that could lead down the road of insanity. Speaking my truth is all I can do. 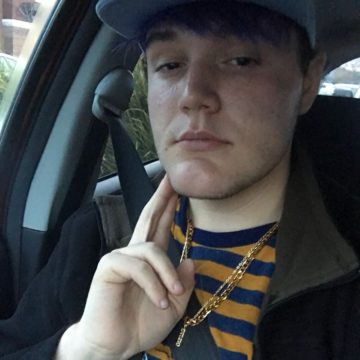 the voice starts talking to me.

It always starts with him saying “Hey.”

Him being the voice.

It’s a voice I’ve heard before.

though I’m not sure where I’ve heard it,

I’ve read that the voice could be someone from my childhood,

a person I used to know but I’ve lost.

Hell, the voice could just be the demon lurking inside me.

Yet he always gives me the chance to break the silence.

The first time I heard the voice I was confused.

I knew I heard someone but I couldn’t quite place it.

A voice of butterscotch wrapped in tar.

The kind of voice that could give anyone nightmares.

I called out, confused, “Who’s there?”

He laughed at me.

Immediately I knew that this was bad.

This voice was in my head talking to me,

a separate entity invading my thoughts,

It knew I was thinking about it,

What it was, how to get rid of it.

It replied, “You can’t get rid of me”

It persisted in talking to me for a while,

but eventually after ignoring it for so long,

That night as I was taking a shower,

I heard the voice again.

I froze, mid conditioning, in terror.

I knew I had to regain control over my sanity.

I ignored it the best that I could, but again,

He knew I was thinking about him.

Again, he laughed at me.

A cackle that sent chills down my spine.

I know I’m not supposed to listen to the voices.

I know that giving into them is a trap,

He wants to ensnare me and rip away my sanity.

Yet he always tells me about so many wonderful things

He says can show me.

I don’t know what to do.

He won’t go away.

He says he’s here to stay.