In The New York Countryside

Short Story: You’re returning to your old family home years after your family moved away. 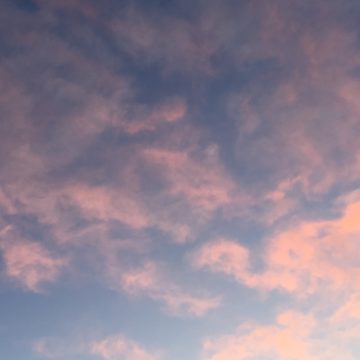 In The New York Countryside

Winding roads take your beat-up Honda through the hills as the sky clears itself of clouds. The trees to your sides offer shade from the sun’s incoming beams, but as you turn you’re forced to pull on your sunglasses anyway.

As you make the final turn, your car’s tires squeal in protest. You lean back against the headrest with a huff; the car needs some new parts, you know that, but you have neither the time nor money to do it right now, so you’ll both have to deal with it for now. Besides, that was the last bend until the house, and you’ll do much better on smoother roads. Heading out of the hills, an angry ray of light aims for your eyes, and you blink hard to clear your vision.

It’s almost as though you’ve entered a whole new state: the shade and narrowness of the hills’ close roads give way to open fields framed with vibrant red, orange and gold trees. Occasionally you see a small house, usually all by itself, with shutters waving in the wind or neat yards boasting crisp, healthy flowers. You spot a few deer grazing lightly about a dozen yards to your left, and they lift their heads as you pass. The yellowing tallgrass blows for miles.

Twenty minutes of driving eventually leads you to your location. You pull into a dusty dirt driveway and kill the Honda’s engine, then reach for the bottle of Pepsi you bought at the old corner store just before hitting the hills. The sweet liquid hits your mouth with a sharp fizz, and you down nearly a third of the bottle. It’s not your favorite drink, but it was what the store had, and you need sugar to get through this trip. You set it down, swallow hard, and with shaky hands you open your door.

An ancient two-story looms over your head. The grey paint on its exterior peels after so many years of weather have passed it by. The shutters are off their hinges and falling, the windows are caked in dust and the porch looks to be two steps away from giving out, but that doesn’t change anything to you. To you, it’s still as beautiful as it was twenty-eight years ago. It’s still as lively as it had been before your parents sold it, insisting they no longer needed a big house if you were heading to college. Somehow, a piece of you still calls it home, even though you haven’t been here in a decade.

Maybe it’s the adrenaline or the Pepsi’s sugar that help you move, but you start walking across the unruly lawn toward the door. The wooden steps creak as you climb them, threatening to give way, but they hold for you. You pull the old key off your keyring and jam it in the lock with a wobbling hand. Above you, the sky turns the lightest of blues and the horizon glows a soft yellow, a sure sign the sun’s setting soon. You give yourself a half hour, tops.

The massive wooden door lets out a groan as you push against it. When it opens, you stop short. The house’s open floor plan feels so small to you. The wood floors are coated in a fine layer of dust, having been undisturbed for years. Old moth-eaten curtains hang limp from the windows looking out on the back fields. From what you can see, no furniture remains, having been taken by your parents all those years ago. You shut the door and walk forward into the living room.

Cobwebs hang from the ceiling and brush your shoulders as you walk into the room. Even now, you can still distinctly remember where everything went: couch on the old maroon rug in the middle, TV on its stand by the opposite wall, plush armchairs on either side, soft bench by the large picture window. You feel a longing for the furniture, because the room just feels so lonesome without it. It doesn’t feel right. Your memories of the living room don’t match this barren den: all the movie nights you had with

your friends, coming home from school and procrastinating on your homework as you watched TV with Mom, wrestling with Dad on the hard floor and laughing when he tickled you so he could win. An ache fills you, and you hurry out of the room.

Before you know it, you’re in the kitchen. Nearly bumping your hip on the counter, you take a survey. One of the windows is cracked, and a bird sits on the ledge. A cardinal. You smile; cardinals were your mom’s favorite birds. You remember an afternoon spent sitting at the island as your mom cooked in the light-soaked room, hearing her talk happily about the group of cardinals out by the birdfeeder. Like every night, Dad came downstairs and gave you a hug, you got up to set the table, and everyone leisurely talked about their day over a bowl of soup. Or was it pasta? Could’ve been casserole, for all you knew. The memory fades and you’re back in the empty room, still looking at the cardinal. With a wave, you head to the stairs.

Upstairs, you stare through the doorway to the bathroom. You remember sitting on the counter by the sink as your mom got ready for work. She would always hum a song as she put in her contacts and put on her perfume, and she’d run a hand through your hair when she was done. You’d often hug her to breathe in her familiar scent of roses and vanilla, and it’d cling to your clothes long after she’d left for work.

Down the hall was the office, where your dad tended to work in the afternoons. You’d go in asking for help on a math question and leave knowing how to build a staircase. Dad loved woodworking, and because you were a curious kid, you’d always ask what he was making next. Sometimes, if you were good, you could watch him work. For a big man, he was surprisingly precise and gentle with his movements. The room still reminds you of his ocean smell and joyful laugh.

Your bedrooms were across the hall from each other. So many nights were spent next to your dad, listening to his stories as you lay in bed. Watching the stars from the big window next to your rocking chair. Sneaking into your parents’ room to sleep next to your mom when nightmares scared you awake. When you got older, it became a place to do work and let out emotions. You’d always grab a stuffed toy and sit with it close to your chest as you calmed down from awful days. Your parents’ faint knock would sound to make sure you were okay. After a good talk, you always were.

A grip of emotions paralyzes you, and you notice hot tears running down your face. God, you just, you want it all back. You want your family here, in this house, where everything felt normal. You let yourself sink to the floor and feel the memories. After a while, they don’t hurt as much. They still sting, sure, but they’re a dull pain.

When you can bear it, you stand again. You brush your hand against the doorframe, pause, and head downstairs. If you could, you’d stay the night, but you only have the weekend off and the drive back to the city will take you most of the next day.

Outside, the sky is still that shade of pale yellow. New York sunsets always take their time in late September. Reaching your car, you turn back to the house. It was a shame that no one bought it after your parents put it on the market; maybe they could’ve made memories, too. With a smile, you raise your phone and take a photo. The wind picks back up.

The Honda’s door squeaks as you open it and sit on the cold seat. Welp. That certainly wasn’t just half an hour. You pull out of the driveway and drive away from your home in the New York countryside.