A story about the life of Charlie, a man who doesnt know where to stop. Will his life go in a downward spiral, or will someone knock the sense into him? ⚠ warning ⚠ this story may contain violence, blood, crimes, alcohol, and other stuff. 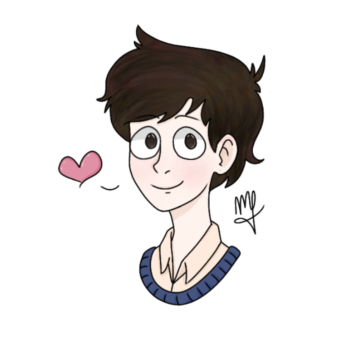 The annoying sound of birds chirping filled the air, along with loud cars and shouting people. These are the sounds that made the apartment on 5th Street so unbearable, especially to the occupant in room 5 on the 4th floor. Most people call him dangerous, others call him a clown, but to some he was simply known as Charlie.

“Those stupid birds.” I growl under my breath. Everyday they sit right by my window and chirp as loud as they can. I bury my head in my pillow, but it doesn’t really help. The birds stop squawking for a minute, and I think it’s over. I look out from under my pillow to see two fat pigeons staring at me from the tree outside my window. These birds are really starting to tick me off. “Stop it.” I demand. They continue to stare. “I said stop it!” I shout as I grab my lamp from my nightstand and throw it at the window. The lamp broke the thin window easily, hitting the two birds as well. I walk over to the broken pane and looked down at the side walk below. Sure enough, two dead pigeons covered in blood are on the pavement. I smile to myself, knowing that today is going to be a good day.

I step away from the window and walk to my closet, sure it’s tiny, but that’s all I could afford to pay for. I take a pink silk shirt from a hanger and put it on, along with some sort of black pants and belt. I wouldn’t say im stylish, but man did I look good in pink. I finish dressing and walk to my nightstand near my bed. The lamp cord was ripped out from my earlier episode. I grab my phone and turn it on, it’s 10 in the morning, “shoot I’m late.” I curse as I opened my messages and click the contact ‘Bubba’.

B: its k I figured. Sandy worried though

C: She usually is, so you guys are still at the mall?

B: yeah we at food court, get here soon

C: ok see you there, and I’ll bring my mask too

B: Good, cant have you caught again

Charlie shoves his phone in his back pocket and puts on black running shoes. He hurries to the front door of his apartment and opens the door to leave. He dashes down the hall and down the stairs to the bottom floor in minutes. All while forgetting his clown mask in a drawer in his room. Without his mask, the cops can find him easily. Again.

Charlie arrives in the food court of the mall. There aren’t many people there. He looks around for a minute before seeing the familiar giant figure. Bubba is wearing a large jacket and black jeans. Charlie skips over to the giant and tackles him in a hug. “Hey Bubba bear!” Charlie greets Bubba, who simply smiles and lets out a small, zombie-like noise. Bubba doesn’t talk a lot. “So is everyone here?” Charlie asks as he brakes away from the hug. “Yeah, they coming over.” Bubba attempts to say, he isn’t the best at speaking complete sentences. Charlie nods and sits at an empty bench in front of them. “Hey boss, glad you could make it.” A voice says. Charlie turns around and is greeted with two people walking up to him and Bubba. “Hey Rat. Hey Sandy.” Charlie says as he smiles at the two. The man acknowledged as Rat wears a thin black jacket and dark jeans, he’s rather skinny and scruffy, with a Hispanic accent. The woman, Sandy, wears a revealing crop top and short jean shorts that show every curve along with big blonde pigtails. Charlie smiles. “So, we ready to go to the store?” Rat asks Charlie. “Yeah.” He replies. Things are only just starting.