In a world of snobbish nobles, royal secrets, and obscure lies, there's no room for a delicate French princess. Gabriella Chatillon is certifiably insane, tormented by hallucinations and illusions of ghostly spirits. For this reason, she's been hidden in the French castle for 16 years of her life When she gets a suitor, Raphael of England, she's ecstatic. Going outside. Except she falls in love with the wrong man. Marius. Only... he happens to be the most wanted criminal in all of France. 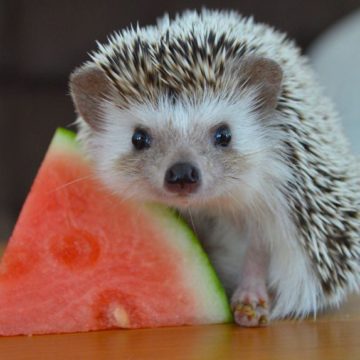 The spirits were back. They were always coming and going, drifting through the crumbling walls of Gabriella’s prison. They sang a song, so haunted and deep, it shattered her heart into a thousand different pieces.

Today, though, the spirits sang of love, crushed hearts, and broken promises. Gabriella often led herself to believe any man whos ears were graced by the song of the spirits would be driven mad.

Gabriella rocked back on her heels, humming to beat of lovesickness. She almost laughed at the absurdity. Love. Nothing got past these stone walls. The walls of her prisons. Trapping her. Somedays, she imagined the walls closing in on her. Slowly suffocating her. Until she breathed no longer.

And just as nothing could get in, no one could get out. Gabriella shivered slightly as a spirit drifted through her room, its mouth open in an endless, haunting saga. Gabriella reached out, her fingers passing through the spirit like it was nothing but air. Wisp ran through her fingers, cool to the touch.

The door suddenly slammed open, and Gabriella’s caretaker – Solange – bustled into the room carrying a breakfast tray. The spirits almost immediately evaporated, leaving only a cool breath of air where they once were.

“Se dépêcher! Hurry up!” Solange clapped her hands together. She was a portly old woman, but without her wrinkles, you could be fooled into thinking she was 25. Solange always moved rapidly, sometimes without a course of action. Gabriella had never – in the 17 years of knowing Solange – seen her sitting idly.

Gabriella plucked a sugared berry from the tray, popping it in her mouth. Years of being trapped in this prison had made her as fragile as a single blueberry. So fragile, this blueberry, one small pinch and… broken. She could relate.

“Why so hurried, Solange?” Gabriella sank into a velvet, cushioned chair, it’s golden engravings nearly completely gone, worn by too many years of existence.

Solange frowned at her, the lines on her forehead deepening. “It’s not my place to tell you.”

Gabriella was burning with curiosity. Really, the only thought in her mind was, Am I going outside? She longed to feel her skin blister beneath the sun’s rays, overgrown grass tickling at her ankles, breeze float across her arms.

In her younger years, she was tutored by an impeccable-postured, frail man named Mr. Gaël Pelletier. Soon, he tired of Gabriella’s extraordinarily short-term memory and packed his bags. Gabriella was told he moved to Scotland in order to tutor more academically-intelligent young women.

“Tell me,” Gabriella fiddled with a small, golden comb on her bedside cabinet.

Solange looked wearily at her with watery-blue eyes. “Oh, child. I really musn’t, but…”

“But?” Gabriella leaned forward in anticipation.

“You have a suitor.”

“His name is Prince Raphaël of England. We musn’t turn down this offer; he is one of the most influential men of this generation. His mother was originally from here, from France, but then she was married off to the English prince. That’s why his name is French.”

“And I get to go outside?” Her heart thrummed with excitement.

Gabriella’s mind was whirling with the possibilities. Meeting new people, seeing animals, being dressed in the finest silks, and eating the highest-quality meals.

“However, the public is not informed of your… particular situation.” Solange turned away, dusting at an invisible speck of dust on the bookshelves.

“You mean the fact that I’m crazy,” Gabriella noted, flatly. The spirits first appeared to Gabriella at the young age of three. She had immediately been fascinated, attempting to catch the spirits, but they merely floated through her chubby fingers like it was a mirage. Of course, her parents were confused as they watched their daughter grasping at air in delight.

They took her to the royal doctor, panicking. One day later, the doctor came out of his office with a grave expression. Gabriella could still remember curiously poking her head out of the office, and hearing, I’m sorry, your daughter has a major case of schizophrenia.

He said, the disorder was unusual. The sessions would come in short bursts, she would only see the spirits sometimes. Other times, she would be a perfectly normal child.

Little did they know.