Court drama, mystery, romance, action, and intrigue—fans of Game of Thrones have a lot to look forward to when the eighth and final season airs in 2019.

There are so many unanswered questions, incomplete character arcs, and unconfirmed fan theories. Needless to say, this summer won’t be the same without our favorite fantasy show. And author George R. R. Martin has yet to give a release date for the next two books in his Song of Ice and Fire series. So until the show returns or the books hit the shelves, here are some incredible YA novels and series to read!

Ash Princess calls to mind the epic journey of Sansa Stark, who bided her time in King’s Landing until she found the means to fight back for herself and her family.

When she was just six years old, Theodosia’s country was invaded, and her mother, the queen, was murdered right before her eyes. Robbed of her family, her land, and name, Theodosia was cruelly crowned the Ash Princess, and became a prisoner of the Kaiser and his court in her own palace. After ten years, when the Kaiser forces her to do something unthinkable, the princess decides that she is no longer willing to be a passive player. She takes charge of her own story.

Much like Arya Stark in Game of Thrones, Lada Dragwlya will stop at nothing to take back control of her life, even if it means using white-hot rage and creating plenty of bloodshed.

This addictive fantasy series follows the story of Lada, a young princess who has learned to be ruthless in order to survive and keep her family lineage safe. After her younger brother, Radu, is taken from their homeland of Wallachia and cruelly abandoned by their father in the Ottoman courts, both siblings find themselves pawns in a ruthless political game. But Lada refuses to be a pawn or even a bit player. It’s an intense fantasy trilogy with complex characters and a female heroine you won’t soon forget.

Much like Daenerys Targaryen in Game of Thrones, Eragon in the Inheritance Cycle by Christopher Paolini raises his dragon from an egg, which he at first thinks is merely a stone, and creates a strong and lasting bond with her.

The first book in the series, Eragon, tells the tale of a teenage boy and a dragon named Saphira. The two team up to destroy a powerful, evil tyrant named Galbatorix. They journey together through the land of Alagaesia, filled with mystical creatures like elves and dwarves and plenty of sword fights and fantastical locations. Most impressively, the book was written and published by the fantasy-obsessed Paolini when he was just fifteen years old. It’s a classic, still worth checking out years after it was first published.

If you favor the complex court drama in Game of Thrones, from the cunning Lannisters to the hardy Tyrells and all the players in between, you’ll definitely want to check out Fatal Throne.

The book tells the stories of the infamous Henry VIII and his six ill-fated wives. Each is told from a different perspective and penned by a different notable YA author. While it’s a reimagining, everything is rooted in the very real history of the Tudor dynasty. Fatal Throne reads like an anthology, giving intimate glimpses into the lives of each character while capturing their unique and sometimes conflicting points of view.

If you can’t get enough dragons, you’ll definitely want to check out this incredible fantasy adventure. Since the day Mira Minkoba was born, she’s been told how special she is. Known across the Fallen Isles as the Hopebearer, Mira is revered for her beauty and importance. But Mira knows that she’s far from perfect. Not only does she struggle with crippling anxiety and compulsive behaviors, she’s also far too interested in dragons. But when she discovers an earth-shattering secret that could change everything about her world, Mira is sentenced to serve time in a cruel prison and must learn to survive on her own. It’s a story of self-discovery, magic, and one super-strong, complex female heroine who rises above all odds to overcome adversity.

What to Do When You Read a Book You NEED to Talk About, but You Don’t Want to Spoil It for Others! 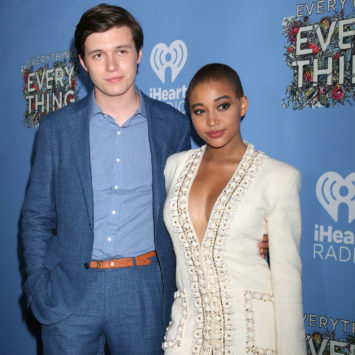