What Is Your Book Aesthetic?

> Discover > Articles > What Is Your Book Aesthetic? 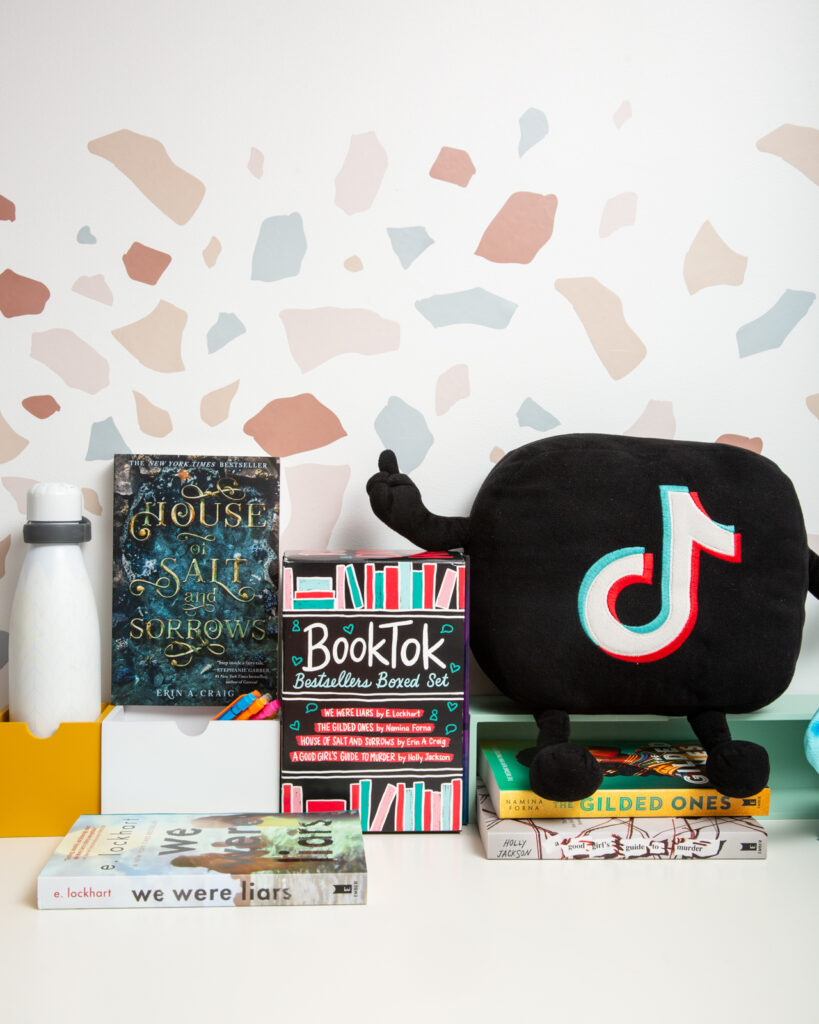 Is there anything better on a hot summer’s day than cooling down in the shade with a new book? Whether you are searching for the perfect pick to create the ultimate staycation or to bring on an upcoming beach vacation, figuring out your personal book aesthetic is crucial. Are you channeling the ultimate coastal grandmother or looking for more of a magical escape? Let us know at @getunderlined!

You are ready to live your best life in a blue linen outfit curled up with a captivating beach read before adding to your summer recipe Pinterest board. These page-turners will keep you mesmerized from start to finish.

A windswept private island off the coast of Massachusetts.
A hungry ocean, churning with secrets and sorrow.
A fiery, addicted heiress. An irresistible, unpredictable boy.
A summer of unforgivable betrayal and terrible mistakes.
Welcome back to the Sinclair family.
They were always liars.

Milly, Aubrey, and Jonah Story are cousins, but they barely know each another, and they’ve never even met their grandmother. Rich and reclusive, she disinherited their parents before they were born. So when they each receive a letter inviting them to work at her island resort for the summer, they’re surprised . . . and curious. But when the cousins arrive on the island, it’s immediately clear that she has different plans for them. And the longer they stay, the more they realize how mysterious—and dark—their family’s past is.

Princess Shiori made a deathbed promise to return the dragon’s pearl to its rightful owner, but keeping that promise is more dangerous than she ever imagined. She must journey to the kingdom of dragons, navigate political intrigue among humans and dragons alike, and fend off thieves who covet the pearl for themselves and will go to any lengths to get it, all while cultivating the appearance of a perfect princess to dissuade those who would see her burned at the stake for the magic that runs in her blood.

Violet Made of Thorns

Violet is a prophet and a liar, influencing the royal court with her cleverly phrased—and not always true—divinations. Honesty is for suckers, like the oh-so-not charming Prince Cyrus, who plans to strip Violet of her official role once he’s crowned at the end of the summer—unless Violet does something about it.

But when the king asks her to falsely prophesy Cyrus’s love story for an upcoming ball, Violet awakens a dreaded curse, one that will end in either damnation or salvation for the kingdom—all depending on the prince’s choice of future bride. Violet faces her own choice: seize an opportunity to control her own destiny, no matter the cost, or give in to the ill-fated attraction that’s growing between her and Cyrus.

A Lesson in Vengeance

Perched in the Catskill mountains, the centuries-old, ivy-covered campus of Dalloway was home for Felicity until the tragic death of her girlfriend. Now, after a year away, she’s returned to graduate. She even has her old room in Godwin House, the exclusive dormitory rumored to be haunted by the spirits of five Dalloway students—girls some say were witches. The Dalloway Five all died mysteriously, one after another, right on Godwin grounds. Witchcraft is woven into Dalloway’s history. The school doesn’t talk about it, but the students do. In secret rooms and shadowy corners, girls convene. And before her girlfriend died, Felicity was drawn to the dark. She’s determined to leave that behind her now; all Felicity wants is to focus on her senior thesis and graduate. But it’s hard when Dalloway’s occult history is everywhere. And the new girl won’t let her forget.

Everyone knows the Ivies: the most coveted universities in the United States. Far more important are the Ivies at Claflin Academy. Five girls with the same mission: to get into the Ivy League by any means necessary. I would know. I’m one of them. We disrupt class ranks, club leaderships, and academic competitions . . . among other things. We improve our own odds by decreasing the fortunes of others. Because hyper-elite competitive college admissions is serious business. And in some cases, it’s deadly.

NEW YORK TIMES BESTSELLERS • This paperback collection includes four of the biggest hits on Booktok: We Were Liars by E. Lockhart, The Gilded Ones by Namina Forna, House of Salt and Sorrows by Erin A. Craig, and A Good Girl's Guide to Murder Holly Jackson.

Did you like this BookTok aesthetic article? Get more book recs here, and get social with us @getunderlined!

Escape reality, one read at a time with these young adult boxed sets!

Summer is so much better by the pool with the perfect paperback. Here are the must-haves of the season for every type of fan...

Get Your Summer Thrills

Add this summer’s hottest thrillers to your TBR list!