A wish can only take you so far.

Inspired by: The Night Circus 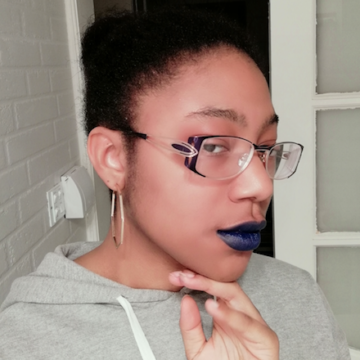 It was truly a waste of money when she thought about it. And by “she” I meant me. If you’re wondering why I’m saying this, it’s because it’s been easier to think of this experience as a narrator instead of a participant. How does one explain to someone, much less themselves, how they jumped into a book and never found a way to jump back out? But that’s another story for another time.

For now, we’ll focus on our reader. The Night Circus, Le Cirque de Reves, was just as much of a marvel as Erin Morgenstern imagined, and even after 34 days of exploring, India had a feeling she had only witnessed a quarter of it. The sights and smells were both otherworldly and strangely familiar. She grew up in the heart of the city, yet she knew the caramel apples were the ones of her autumn daydreams, and the monochrome scenery made her feel like she was in the middle of a silent film. Not to mention the sights: the lighthearted Cloud Maze, the room filled with bottled dreams, the fearless trapeze artists that swung with no net, the precocious fortune teller—the marvels didn’t seem to end.

But, instead of enjoying the mind-boggling labyrinth like she usually did or trying out the Wishing Tree, our former reader stared at one of the statue performers.

She was called Paramour, presumably after the white gown that was decorated with words of love. Her movements were gradual, almost non-existent, but if one were dedicated and patient, one could see them. Our reader was.

As she had made a habit of around Day 15, India gave Paramour her daily flower. This time, it was a pink lily, a splash of color around a pale face. When Paramour eventually lifted the flower to her face and closed her eyes, it made the illusion that she was blushing. Meanwhile, India leaned in close, searching for a new love letter on the statue’s gown.

There was always a new one.

An hour passed before she found it. The plummeting feeling in India’s stomach was inevitable, but she read anyway.

Just show me your eyes. They’ll be my compass. I know, I know. You laugh and call me too dramatic, but they tell me how you feel, your right and your wrong. Is it too much, to ask you to let me see you for once? …I miss you. You were much better at poetry.

“She’s lovely.” India stepped back but didn’t turn around.

“Is there a new letter?”

“You’re her most diligent admirer.”

“It’s kind of stupid, isn’t it?” India said, looking at how delicately Paramour closed her eyes, the flower still tucked close to her face. “Admiring something so fickle.”

India tensed as he was walked pass her to the statue. He placed a letter at Paramour’s feet, tipping his hat towards her respectfully. He walked off without another look towards the pair. Only then did India watch him go. She followed the familiar line of his shoulders and usual saunter as he disappeared in the crowd. It conjured memories of a smile she hadn’t seen in forty days, memories that she tried to avoid through her favorite book. Memories that followed her here to a love story she couldn’t escape from, one with so many things left unspoken.

She walked off before Paramour could open her eyes. She wouldn’t be able to handle the knowing look today. She instead walked in the opposite direction of her memories towards the labyrinth. She could get lost there, both physically and mentally. Her heart raced in anticipation.

Yet, her feet suddenly pulled her to a stop. She looked to her right to see the Wishing Tree, surrounded in a soft inviting glow and emitting a warmth India had forgotten existed in her time here. She bit her lip nervously. She should move on, but she couldn’t ignore how her heart tugged towards the sight. She stepped inside.

The Wishing Tree was perhaps one of the most simplistic tents. All that was inside was a black, bare tree covered in white candles that carried equally white flames. They burned with wishes of the circus’ visitors, each lit by the candle before it, wax dripping onto the branches that held them.

Barrels of candles stood next to the openings. India grabbed one, trying to conceive a wish with each step she took, but her mind was jumbled. None of her wishes felt right. What did she want? To leave? To face him again? To stay? To stop admiring love? She didn’t know, even as she let the wick of her candle touch one of the nearby flames. She set the candle down on the branch, finding the perfect groove for it to rest on. She felt unsteady watching the flame flicker, melting the wax at the top.

She blew out the candle.

Still, the smoke looked like it was floating her wish towards the inevitable future.