Felix has been a Pokémon fan for as long as he's been alive. But, when a boat wreck leaves him stranded on an island of them will he be able to survive and find away home? K for Pokémon battles, mild violence, and stressful situations. Note: this world is Nuzlocke that means more than K.O. I don't own Pokémon . But the characters created are all mine. 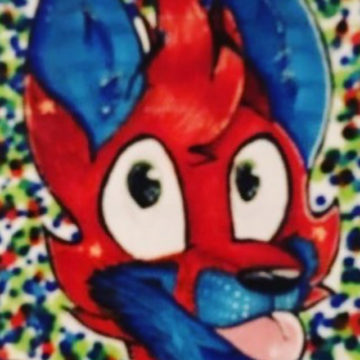 I sat on the deck of the boat reading a book about Pokémon. I flipped the book a few pages and at the top of the page was a picture of a Doduo that detailed its anatomy and lower on the page it documented its behavior and habitats. I’d always dreamed of being a Pokémon trainer, but when my mother died I chose instead to help my father Erin on his fishing boat. We were a good team him and I. I reached into my pocket and pulled out an old cartridge that said Pokémon Emerald. When I was a kid I always wanted to be a real Pokémon trainer. But, I was born in the wrong world there are no such thing as Pokémon. The world is a cruel place and I’m just moving through it. Although I do still enjoy playing Pokémon and reading about them.it had always been a coping mechanism for me, but, life isn’t just a game where you run around and fight Team Rocket. I’ve been working on the F.V Relicanth for 5 Years since I was 10. “Hey Felix, come look at this.” I stood and walked over to the side of the boat where dad stood and looked overs. A small metal tube was floating in the water next to other pieces of wreckage. A small piece was emblazoned with the letters R and V the rest however had long since burned away. “It’s a research vessel,” my dad assessed as he pulled the small tube out of the water. “Poor fellows. This wreckage is old. No telling how long it’s been out here.”

“Shouldn’t we look for survivors?”

“Wouldn’t matter. This wreckage looks like it drifted from who knows where. Whoever’s boat it was that sunk it’s not around here.”

I only nodded sadly for the sunken ship and looked over at my dad and the tube in his hands. “What’s up with the tube,” I asked.

“No idea. It looks like some sort of electronic device. Maybe it was a buoy or some sort of sonar device. But if it is it’s not like any one I’ve ever seen.”

Dad looked down at it and smiled, “well your birthdays this weekend and I suppose this could be an early gift. That is if you want it?” I looked down at the tube as he held it out to me “of course thanks dad!” The tube was about a foot long and made out of steel on the top was a blue button and on the side was writing and a small display screen with a small keypad. The text read: Celestial Labs. Warning: the following device is not to be used until further testing is done regarding its full capabilities. Cool I thought I’d found some sort of experimental research device. I regarded the small keypad on the side and it’s screen. Jokingly I typed Pokémon into the screen and of course nothing happened. I stood and looked at the sky. A storm was rolling in and my dad had just started to turn around. I could tell it would be a bad storm. After about 10 minutes the storm really hit and the boat got struck by lightning. The engine was fried but we still had a small motorboat that dad was able to put out and hop into right before a wave hit the boat and pushed him away. I was alone on the boat and embarrassingly despite these last 5 Years I couldn’t swim. All I had with me was the small tube and I rapidly hit the button hoping it to be a beacon or tracking device of some sort. It whirred and put off a huge flash of light right before I was knocked off my feet and knocked out cold.