Another insight to how depression and anxiety feels to one suffering from it. 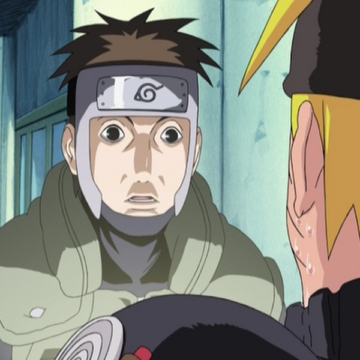 My face is covered in an entertainer’s mask, switching expressions to accommodate a situation, It becomes a heavy, burdensome task to paste on a fake wobbly smile for a long while, for it starts to undeniably become quite a trial.

Beneath the facade lurks a dangerous beast, that swallows all emotion in an unending feast, never satisfied, gorging itself, its stomach is cavernous, with depths unknown, devouring the last bits of joy hiding in the marrow of my bones.

Slicing a destructive path through all those it inhibits, its name is anxiety, the one who leaves its victims abandoned and isolated by society….

Most everyday I ready myself, to fight a fight one not need, guard up, with a sword in my hand, I slip on the armor of a fake mask, and head into the seemingly endless, agonizing, internal battle, that continues to rage on, years long.

On the surface, comes an occasional ripple, as the only telltale signs that something is amiss, which people often seem so willing to easily dismiss, for you would have to look closer to see, how I go about life so listlessly.

Suffering and alone in excruciating pain, Im standing drenched to the bone, in a thunderstorm’s heavy rain, with it washes away reality, making it slip through my fingers, becoming the semblance of a long forgotten, fading dream, which my brain is determined to lean.

Wanting to reign supreme, my emptiness plagues my innermost thoughts, but so fragile my mind, that even the tiniest, traumatizing drop, shatters the stillness trying to abide inside, like a glass jar falling from a great height, I find myself irrevocably tied to a tragic plight, left without even a trace of fight….

My conscious is tumultuous as the sea, one moment there’s calm and nothing seen, the next a water spout surging forth with disaster it brings.

I ask myself, what is this feeling welling up inside, that anguishes me enough to fervently cry? A lightning bolt in disguise, I am the old oak struck on its side, shaken from the very roots and foundation I fall, bursting alight, greedy flames have me in their sight, tearing across my body in supercharged waves, licking up everything with in its path, how much longer will my body last?

Picking a destination to burn its best, it settles deep inside my chest, rendering me unable to rest.

How can one feel so dead inside, like a corpse in a herse along for the ride, when being constantly bashed, by a body that physically reacts, comparable to the fear an acrobat might feel, during their first highwire act? Or, when visiting an amusement park and the rollercoaster makes your stomach suddenly drop, to even a point in comparison to when something you fear makes you freeze, and stop.

Churning in a cauldron pot, my spirit is boils into a clear vapor, losing it grip on this world, it burns exceedingly hot.

Standing over me casting a voluminous shadow, is the enemy reflecting its image in my hollow eyes, with a deadly bow, pulled taunt and ready.

Arrows curve in my direction like the beak of a common crow, and like how the crow picks out the flesh of carcasses leaving nothing behind, my emotions lay in tattered remains, hollowed out and with a skeletal frame, which no soul remains.

Unable to rise up against the heavy and strangling chains, they bind and make me bear lifes burdensome strain.

An unrelenting onslaught of a whips refrain, lash out at me constantly, reminding me to unwillingly succumb, to the fate of a laboring serf, in my body’s own turf!

Bound by a piece of fate’s cruel curse, anxiety wells up, like a flash flood drowning out my senses, and destroying all the well built fences, cutting another destructive path straight to my vital organs.

The first to fall is my heart, it becomes a herd of runaway, stampeding horses, galloping to an erratic beat, that can’t be stopped by even the strongest navy fleet.

My lungs are next, my breath it stole, gasping for breath, unable to breathe, choking with a constricted throat,having no relief, control over my body it keeps.

Playing an unwanted significant role, it claws its way into my heart, a bullseye to a targeting dart.

Set up like bowling pins waiting for the signals start, I’m bound to the floor and stuck like glue, I try to move out of the way in a helpless crawl, but on rolls the ball, hoping for one last strike, for that is when anxiety’s game ends it once and for all.