To Fight for Something

For the Underlined Community Launch Writing Contest! Hogwarts had become a slave to the ministry, and a corrupt politician was appointed Head Mistress. What will the students do to fight back?

Inspired by: Harry Potter and the Order of the Phoenix 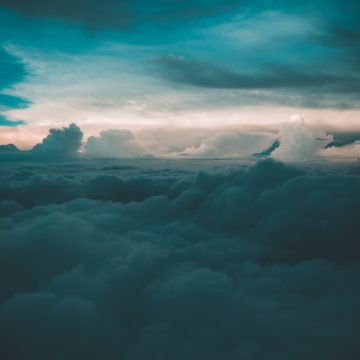 The new wound on the back of my hand burned as I walked down the dimmed corridors, and I found myself aching to turn back and jinx that foul Umbridge into oblivion. There were barely any students around– probably hiding away after deciding it was safer in the dormitories.

How could this happen? Hogwarts was becoming a slave to the ministry, and no one was doing anything about it. My wand had been getting more use as a hair accessory than an actual wand.

I muttered the password to the Fat Lady and barged into the Gryffindor common room, leaving her muffled complaints behind me as I dropped onto a red, worn couch by the fireplace. I pulled a book roughly from my pack, hoping the pain would be buried under the words of fiction.

Before I could even get past the first sentence, someone cleared their throat from in front of me. A growl clawed up my throat at the interruption. Just one moment of peace, that’s all I ask–

I looked up, catching a fidgeting Hermione Granger staring at me like she was about to sell me something. “Yeah?”

“Forgive me, but,” she glanced down at my lap, “I noticed the… marks on your hand.” I pulled the sleeve of my robed over my hands, eyeing her suspiciously. “They’re fresh, then,” she whispered, her eyebrows scrunching gently.

“Yeah, what’s new? That old toad will do anything to make our lives miserable.” I patted the wound to keep from scratching it open. Just talking about the hag made it itch with frustrating severity.

“I think… I think I may know something that could help.”

I raised an eyebrow in response. The only thing I could think of that would ‘help’ would be jinxing Umbridge into the next dimension. I didn’t peg Hermione as the type to plot something like that, though.

She sat next to me on the couch, her face lowering into something more severe. Her eyes swiveled about the room as if she expected someone to pop up from the fireplace and attack us. “It’s a sort of… club, let’s say, that I’m forming,” she whispered, shuffling ever so slightly closer. “We’ll be learning and practicing magic– properly–like it was before the Ministry took over.”

It sounded like a dream– a beautiful, unreachable dream. It couldn’t work. Even if it did, how would a bunch of students teach themselves new spells? “And who would be instructing us in this ‘club’?”

She eyed me closely. “Harry Potter.”

Ah, yes. Potter, the boy who cried Dark Lord. I wasn’t one to chase after rumors or conspiracies, but for all the time I had known Harry he always shied away from the spotlight. Too bad, though, because the spotlight loved him. I didn’t think he was a fraud– just a kid with a target on his head.

Besides, the Minister of Magic appointed Harry and Dumbledore as his enemies, and therefore, I was their ally.

“Perfect.” Hermione popped up from the sofa, holding her hand out to me. As if closing the deal, she shook my hand firmly with a slight smile on her face. “Meet at the Hog’s Head pub tomorrow.”

“Expecto Patronum!” I whipped my wand forward, shouting the words Harry had taught us moments before. Nothing but a wisp of bluish-white escaped from the tip, puffing out into a cloud of disappointment.

I groaned in frustration, trying to avoid eye contact with the translucent rabbit sprinting around my ankles.

“Nearly there, Isabella,” Harry said, patting my back as he made his rounds. “Dig deeper–your happiest memories!”

With a sigh, I raised my wand once more. The alder wood trembled in my hand as I tried to focus. Happy thoughts, happy thoughts. Being sorted into Gryffindor. The astronomy tower at night. Halloween pranks on the professors.

Another memory surfaced, and it finally clicked.

We sat around a makeshift fire, the Great Lake’s gentle rush and our own uncontrolled laughter filling the empty air. My two best friends squinted in delight as I attempted to control the fire with some spell I had made up. Only a few tails of the flame followed my wand, but I made a show of it.

“Come on, stop playing with the fire,” a fourth voice spoke as its owner sauntered up to us from the shore. His shirt was halfway off as he waved at us to join him. “There’s a huge lake right there just begging for us to jump in.” His bright smile promised mischief, and oh, was it enticing.

Giggles erupted from the two in front of me, barely wasting any time in jumping up and sprinting to the water.

He looked to me with his brow pointed high, his hand outstretched. I could hear my friends splashing into the lake. “C’mon,” he whispered. “I promise it’s not that cold.”

The memory washed over me like the waves that night. I could still feel his hand in mine as we dived into the water; I could still hear their laughter, our unbridled happiness.

I brought myself back to the present, my grasp tightening on my wand, whirling it forward with determined force.

With a steady stream of light, a figure emerged from the tip of my wand. It flew around the room on enormous wings, eyeing its surroundings with steady, calculating eyes. A few people halted their own attempts at a patronus to gawk at mine.

An eagle. Strong, majestic, free. Mine.

“Brilliant, Isabella!” Hermione beamed at me from across the way.

Patronuses filled the room steadily, until every person stood in awe at their abilities, at this new shield of protection. Laughter echoed off the walls. The patronuses skipped around, playing with each other as their owners embraced one another. I couldn’t hope to oppose the smile that creeped onto my lips.

The ministry had a hell of a fight ahead of them.