They Shoot Horses, Don't They?

This was an essay I wrote for a Gerontology class at James Madison University. 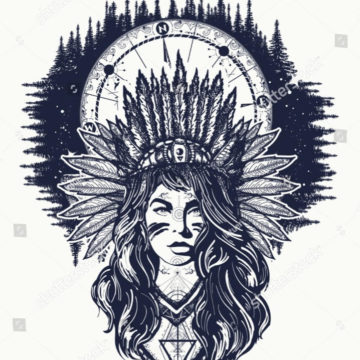 In PBS’s Frontline episode, Suicide Tourist, John Zaritsky follows George Ewart, who had ALS, to Switzerland and explores his decision to end his life through assisted suicide with the Switz non-profit organization, Dignitas. Throughout the program, Mr. Ewart gives a very objective response to the controversial decision he is making in regards to his own life, which I think perfectly encapsulates how the practice of assisted suicide should be regarded by society. At one point, Ewart says, “At this point, I’ve got 2 choices, I either actually go through with it or I say I’m too scared right now. If I go through with it I die as I must at some point, if I don’t go through with it, my choice is essentially to suffer and inflict suffering on my family and then die. Possibly in a way that is considerably more stressful and painful than this way. I’ve got death, or I’ve got suffering and death.”

More recently, legislation within the United States regarding assisted suicide is beginning to see a change, as doctors are experiencing a shift in attitude towards medical practices. According to a recent survey, 54 percent of American doctors support assisted suicide compared to a previously recorded 46 percent (Gorman “From”). More doctors are realizing the limits that medicine and technology have, and focusing more on quality of life rather than the length of it.

While I believe assisted suicide is relevant for some individuals, I think it should also be heavily regulated. Deciding whether someone’s life should be ended, and if they are in the right mental state themselves to decide, can be a very murky area. In the article, Why Disability-Rights Advocates Are Fighting Doctor-Assisted Suicide, Anthony Orefice points out that when dealing with life-limiting injuries, in his case spinal cord injuries, depression is part of the healing process. This article points out that disability advocates “worry that if it (assisted suicide) becomes law, depression and incorrect prognosis may lead people with serious disabilities to end their lives prematurely.” Along with assisted suicide, especially dealing with individuals who have severe disabilities, there should be more counseling services put in place to thoroughly examine each person’s mental state, in addition to the consideration taken into the physical suffering they are enduring. Safeguards must be put in place to help determine if the individual is wanting to end their life due to depression, which can be resolved, or if their amount of suffering cannot be alleviated and is altering their quality of life. The U.S. should also follow what other European countries have already done and provide thorough documentation of assisted suicides to ensure that the individual is making that choice for their self, without coercion, as well as to protect any medical professionals involved.

Society at large needs to come to the understanding that medicine can only go so far in improving life. While some new medical technologies are life-saving, others have the potential to prolong suffering. The same technology that can make one person’s life better, can also make someone else’s quality of life much worse. Assisted suicide brings something to the table, that if used correctly, can make medicine and healing more humane. When medicine can no longer offer the option of relief, the option to escape and relieve suffering should be made viable. George Ewart reiterates this point saying “If I lived without access to technology, I would most likely be dead right now.” Some people disagree with assisted suicide because of religious reasons, but the argument can be made that new medical technologies are now playing God too. Medicine and medical technology should be looked at on a spectrum as to what extent they are saving a life or prolonging suffering, without regard to a higher power.

In Anna Gorman’s article From Doctor to Patient to Assisted Suicide Advocate, Dr. Dan Swangard talks about his own experience treating patients, and his own experiences after facing a rare form of metastatic cancer. He says, “I want the comfort in knowing it’s up to me when enough is enough.” By definition, suicide is the act taking your life voluntarily or intentionally, yet when we think about people who commit suicide we think about people struggling with mental illness and depression, not physical illnesses. From a Western perspective, it can be seen as a paradox to say that suicide is for people who are in their right mind. It is a hard concept to grapple with; someone making a clear conscious decision to end their life. We let soldiers sacrifice their lives, selfless acts, every day for other people; and I think that sometimes the kindest thing we can allow someone who is suffering immensely to do is to let them make the decision to end their own suffering.

It can be hard for some people to accept death as a positive thing. In the article From Doctor to Patient to Assisted Suicide Advocate, Dr. Swangard, who is a cancer survivor, who has come very close to death, made the point “if you are riddled with anxiety you are not free to concentrate on what’s most meaningful to you.” When faced with death or terminal illness, you never know how any given person will react. When someone knows that they are going to die, or face tremendous pain, there can be a lot of fear and uncertainty. Swangard goes further, speaking from his experience as a doctor, saying, “having medication to hasten death helps terminally ill people live fully in their last weeks or months without being immobilized by fear.” For those who want to pursue this option, it should be available to them. George Ewart’s experiences with his own death further support this point, when he says “I’m not tired of living, I’m tired of the disease. And I still enjoy it enough that I’d like to continue, but the thing is that I really can’t.” These are stories from individuals who are not mentally ill, but physically sick; there is a fundamental difference and they should not viewed as the same.

Trump’s new pick for the Supreme Court, Neil Gorsuch, has a lot to say on the topic of life and death as well. In regards to government intervention he will play a large role in the near future on this topic. In regards to physician assisted suicide, he follows a very secular and philosophical frame of thinking. In Emma Green’s article, which explores Gorsuch’s opinions on topics such as suicide and abortion, he says:

“all human beings are intrinsically valuable and the intentional taking of human life by private persons is always wrong. Once we open the door to excusing or justifying the intentional taking of life as ‘necessary,’ we introduce the real possibility that the lives of some persons (very possibly the weakest and most vulnerable among us) may be deemed less ‘valuable,’ and receive less protection from the law, than others.”

These is a well known quote about the end of life that says “the the best preparation for death is a life well-lived.” If anyone knows anything about a well-lived life it is the elderly. When it comes to the elderly population and assisted suicide I firmly believe it does not apply, unless terminal illness is also involved. Currently, I have a problem with how the elderly are treated by society as a whole, and this is what should be addressed, not offering them a “way out” or “getting rid” of them through assisted suicides. Personally, the way my families have taken care of our oldest members does not follow the trend of most families in the Western culture. Both on my mom and dad’s side of the family, someone has taken my grandmother and great-grandmother into their home and my entire family makes an effort to take care of whatever they may need, the caregiving role is a collective effort. I realize it’s a rather idealistic view to have this happen, but I believe that as a society we can make steps towards this type of treatment for our elderly rather than having them feel like a burden or abandoned. Assisted suicide is not a solution when it comes to our older adults.