No part of this publication may be reproduced, stored in a retrieval system, or transmitted in any form or by any means, electronic, mechanical, photocopying, recording, or otherwise, without written permission of the publisher, unless in anecdotes used for critical reviews and other noncommercial uses permitted by copyright law.

These are dark times.

The royal family is slaughtered by the second-in-line, Nasser Kanaan. Djinn [genies], a species hunted and enslaved to extinction, are being funneled for use by the new, cruel king–and the world is being warped, bent to his will. Human soldiers are imbued with stolen magic to become impossible to defeat. The man himself, the Shaitan King, has only one more thing to gain: immortality.

He seems unstoppable–but an unlikely group of heroes will band against him.

A vengeful djinni, searching for her past. A foreign princess, looking for the man she once loved. A cursed prince-turned-peasant, seeking to kill the man who swapped lives with him. A charismatic sand-pirate, who’s running from those he knew. An ancient dragon, removed from time.

In a world filled with magic, torn apart by war, and ruled by cruelty, it’s every man for himself–and for five, they must become one and unite to survive…

Or they too will be lost to the desert.

They will face impossible odds and impossibly powerful creatures: the reclusive sand-walkers [scorpion-men], who store countless years of knowledge underground; the arrogant angels, who abandoned the humans and live in beautiful, crystalline cities in the clouds; the venomous nagas, who will fight to the death for those who remain; the sand-pirates, who ride ships enchanted to surf the desert; the ghuls, zombies of the desert; the beneficial sandstorm-camel djinn, the jann; the animal-headed nansas, and many others: manticores, sphinxes, rocs, shiqq, and others–

They will face ancient gods and monsters. They have everything to lose.

Death will not be enough.

[Fans of dark versions of fairytales like Aladdin, 1001 Nights, Beauty and the Beast, where magic and mystery come together; as well as some Pirates of the Caribbean in there (because pirates, and some playfulness); and more, along with fans of the book “Six of Crows” which has a diverse, ensemble cast and lots of fun and action, will enjoy this story.]

(made on Inkarnate; it’s free)

[descriptions of the world coming soon! I’ll be adding names and details to the map.] 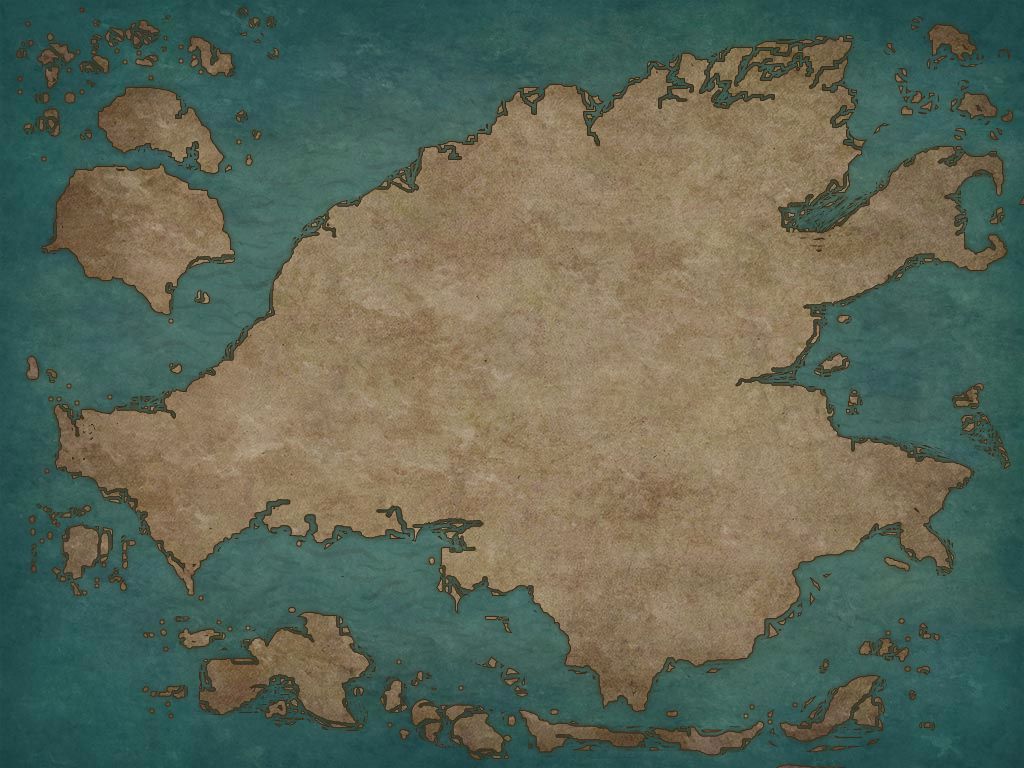 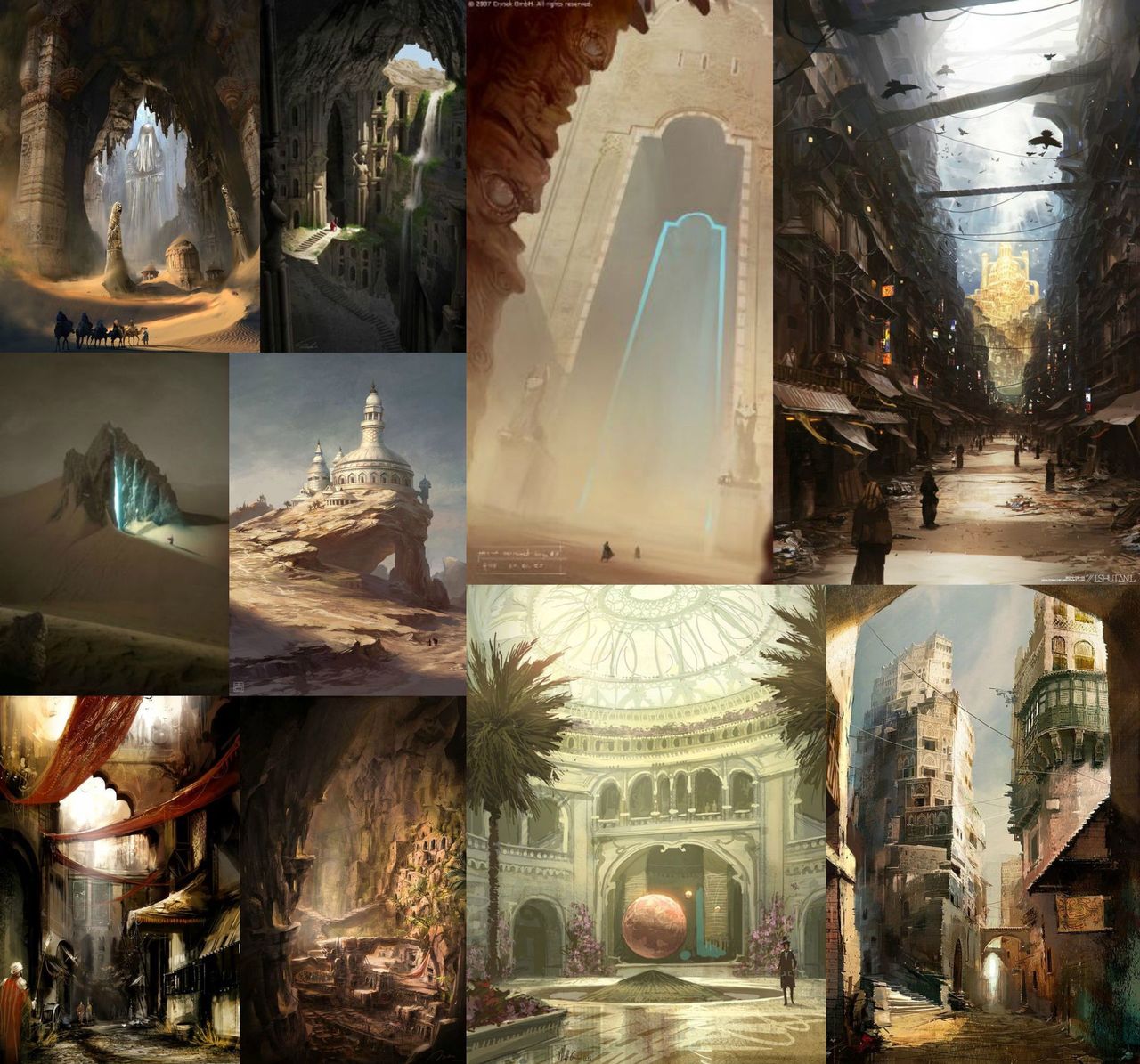 [The Continent of Zajapur; more stuff coming too!]

(there will also be music for each chapter) 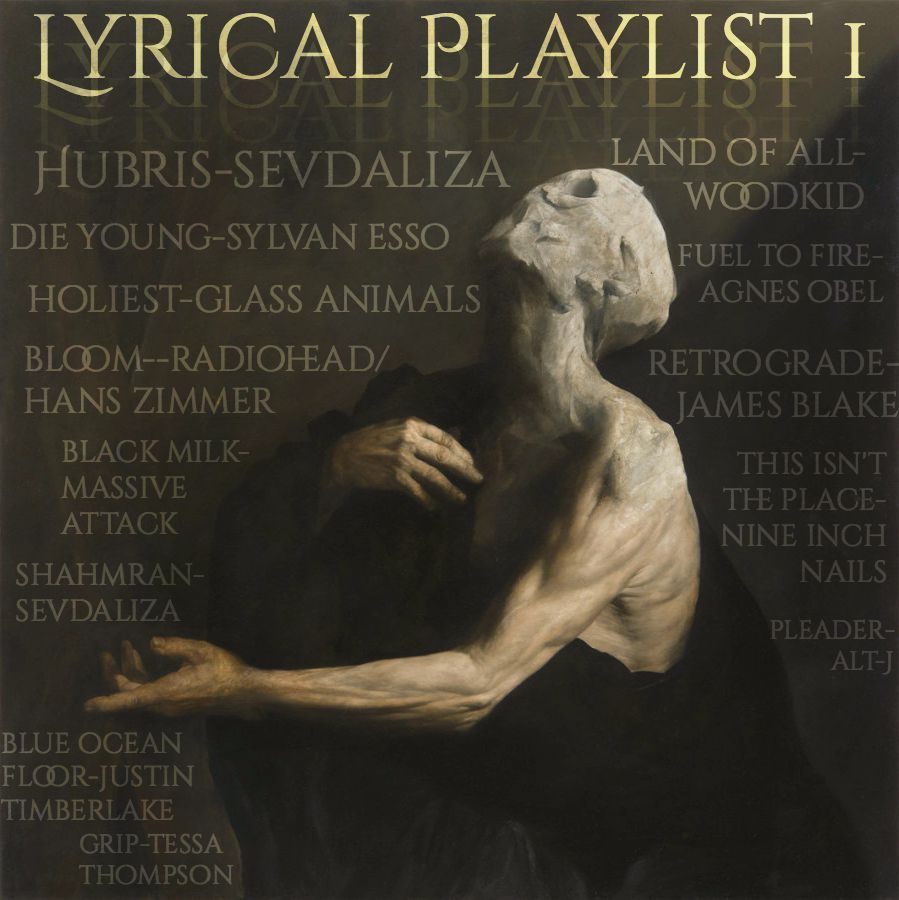 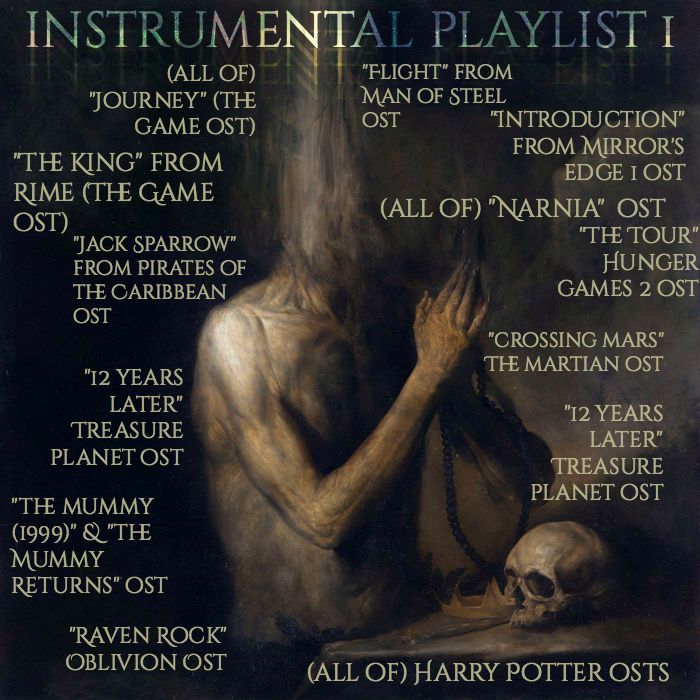 [more coming as the book updates (and as I think of it, lol)]

It had been far too long since Kharida had seen the sun.

She had laid there in her lamp, her prison, in limbo, for some time—how much, she wasn’t sure. Time was a mystery, an uncertainty: it could’ve been a passing moment, or an entire eternity, in the moments of those hazy thoughts in the dim.

It felt as though it had been an eternity.

“Sands of time blow by small gusts when trapped,” a man once told her. She forgot who he was: she forgot who they all were, those men and women and the voices in her head. “Never gales, never storms.”

“You will wish you were dead, burning in the Abyss. You will rather anything than being trapped.”

Kha disagreed. She wouldn’t for long. 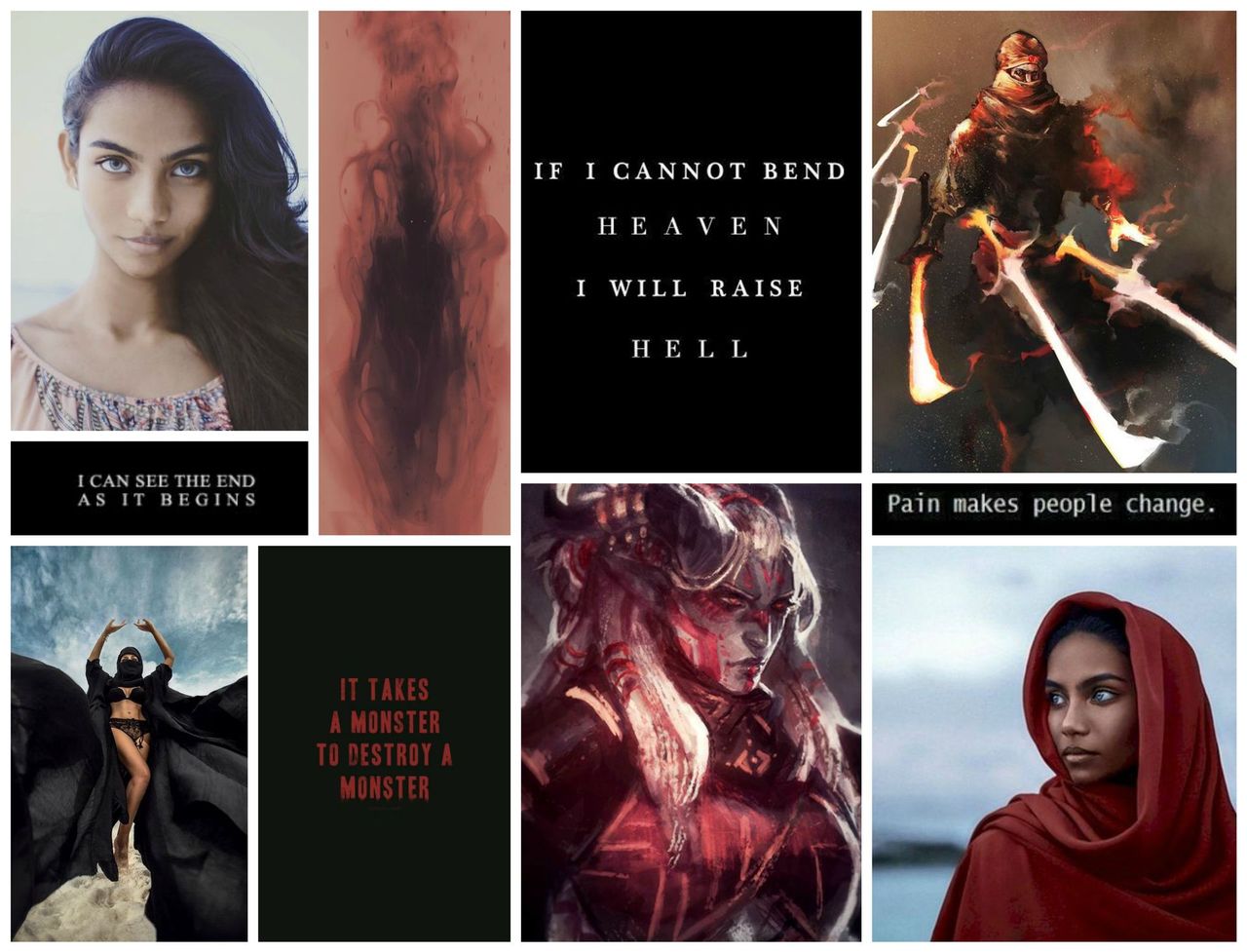 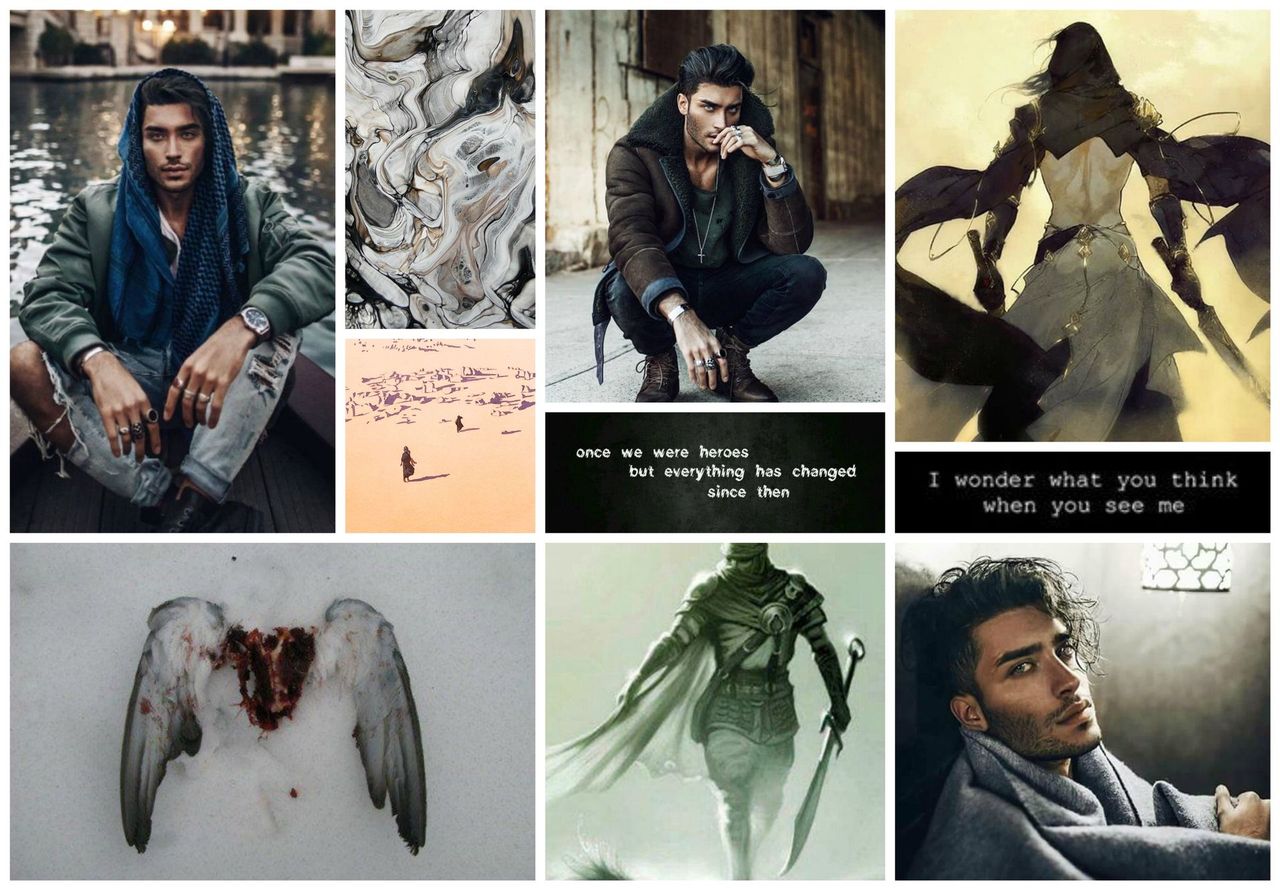 ❝I remember what I once had.

Nasser was a golden boy, rusted, soiled. His crown had slid off his back long ago, shattered, lost to the desert. A namesake took his place, a liar—a man with a wish, a djinni, and magic at his side.

He was the prince of his world at one moment, and the next, he was a peasant: a street-rat, with only seven coins to his name and the clothes on his back. The man promised himself that he’d kill the other who took his place, his face, and his kingdom.

The rusted boy would be golden once more, but all he needed was a djinni: the very monsters he and his family fought to destroy…and succeeded.

Or so he believed. 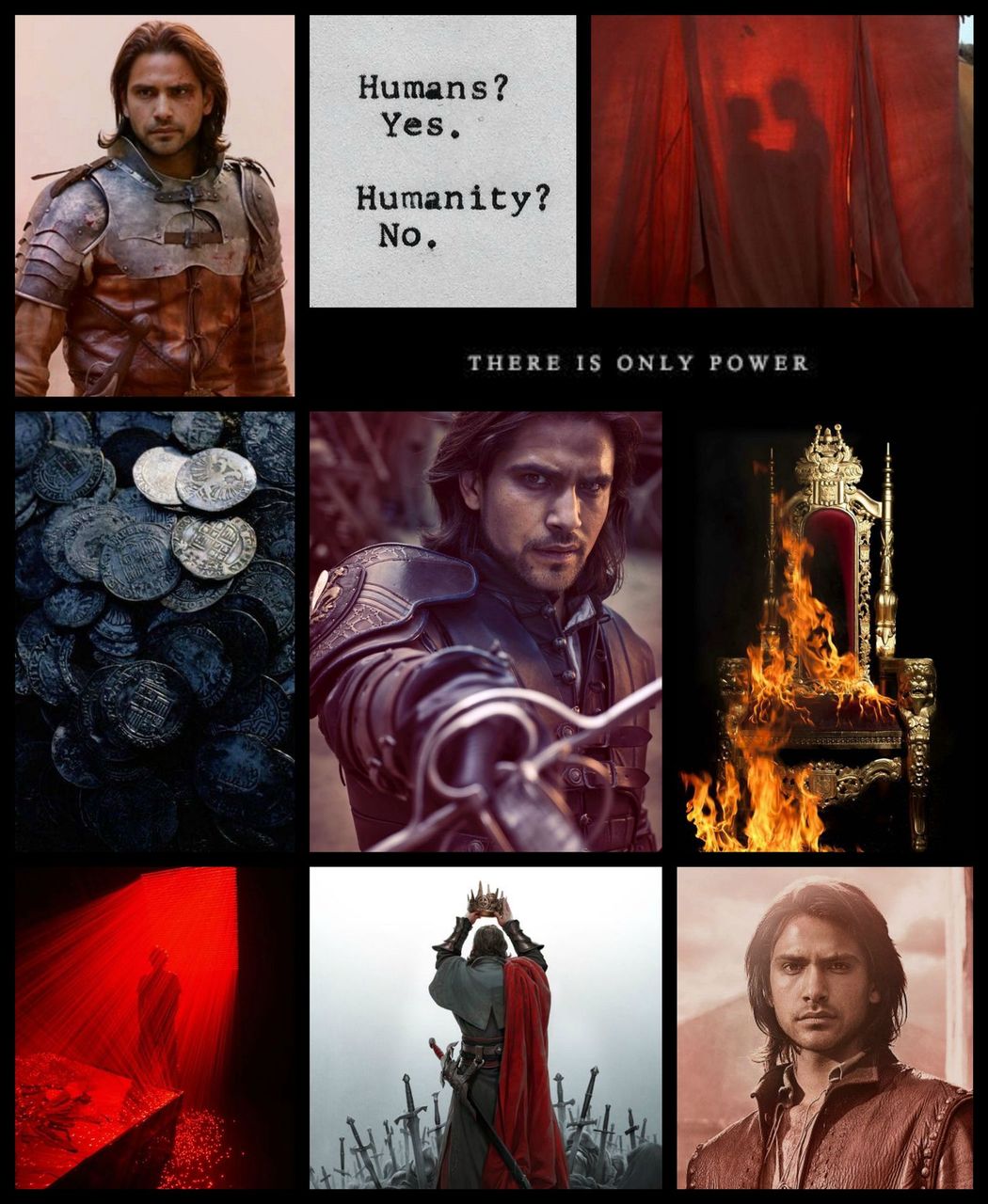 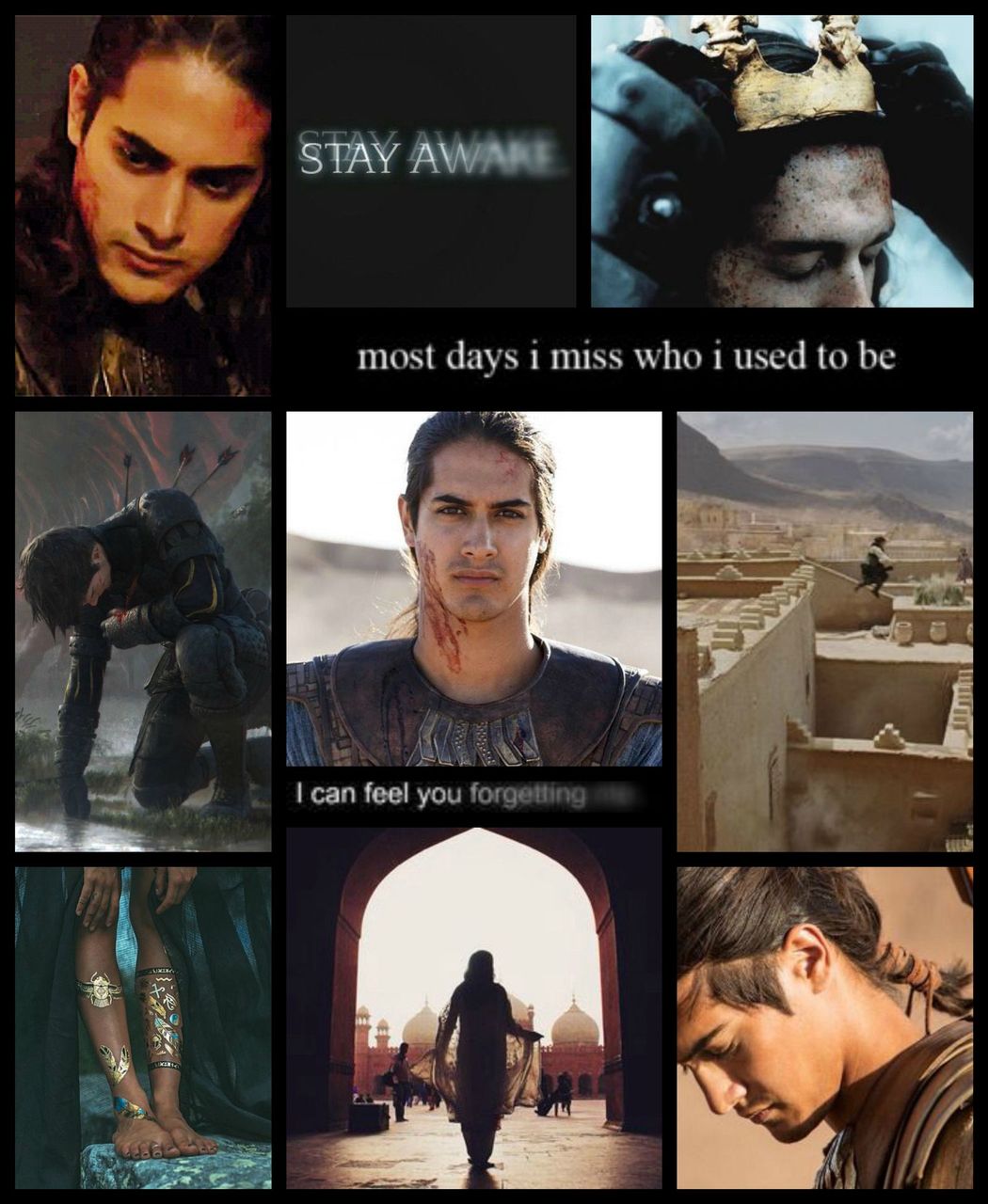 ❝ I don’t miss the life I could’ve had.

Not once, not ever. ❝

Evangeline, Evangeline, princess of the north. She was a foreigner, a lost girl, searching for a lover, a man, a ghost of a past she never forgot—and wished oh-so deeply to remember. A trip to the desert city and three nights she’d never forget, but the clock struck twelve and he was off, only without a glass slipper left behind—only the remnants of his lips on hers, his hands on her porcelain skin, and his name, brazen, burnt into her mind:

She’d returned home to icy roads and icy people, and she forever wished to return—to return to the harsh, punishing sun and to the silken fabrics and to, of course, Salim.

Thus, she ran away, ran back, full of the reckless abandon of a teenager (which she was, though nearly twenty), of only a mortal, weak, selfish girl (which she also was).

She was in love with a ghost, she’d soon realize—

A man who was bent to destroy her. 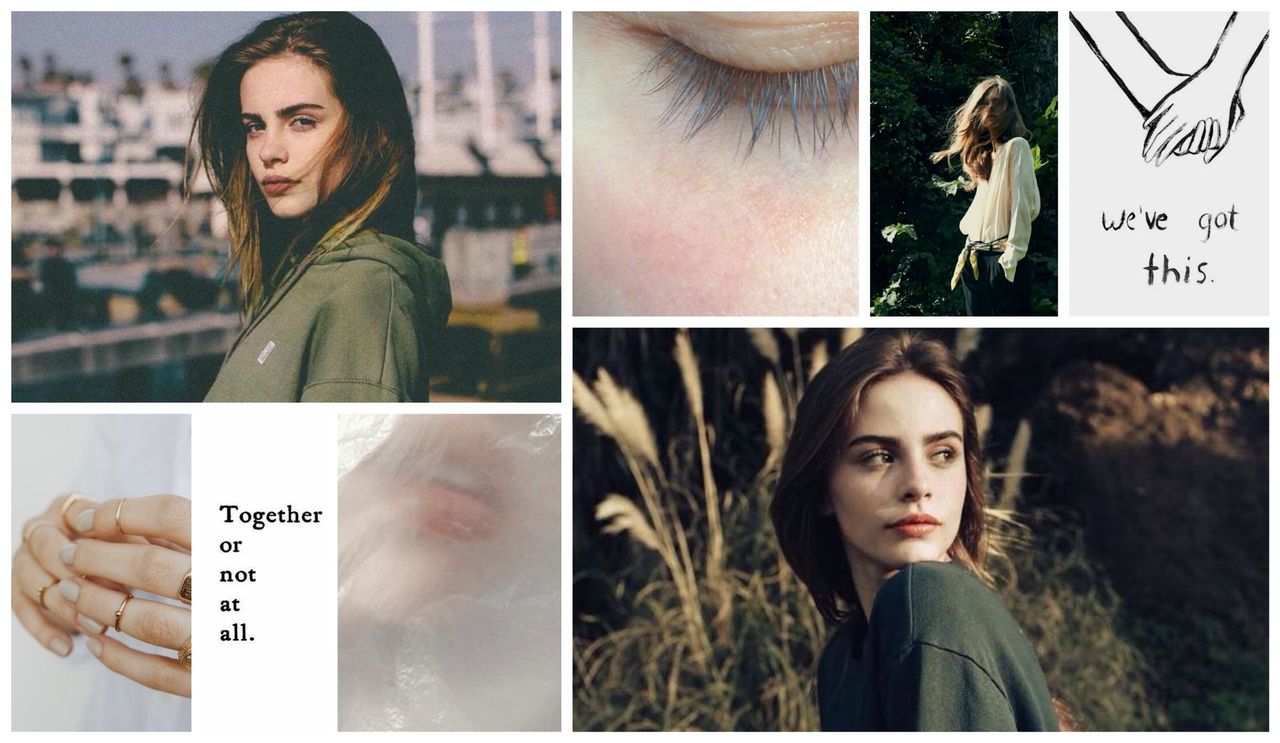 Is that so bad? ❝

Farooq was a thief, a pirate, and an (in his words), “charming, all-around great man”. He was foolish, yes, but he was cunning. Sandsnake, he was called: pretty, yet deadly.

(He hated the nickname more than he’d admit.)

Farooq was running, and he was skating on the sands of time, on the desert—’o captain my captain’, he was not. He was a liar, a man with snake-tongue and snake-eyes, and he knew how to charm his way to success—and to victory. (And to try to be funny along the way.)

But his impeccable luck was about to change. 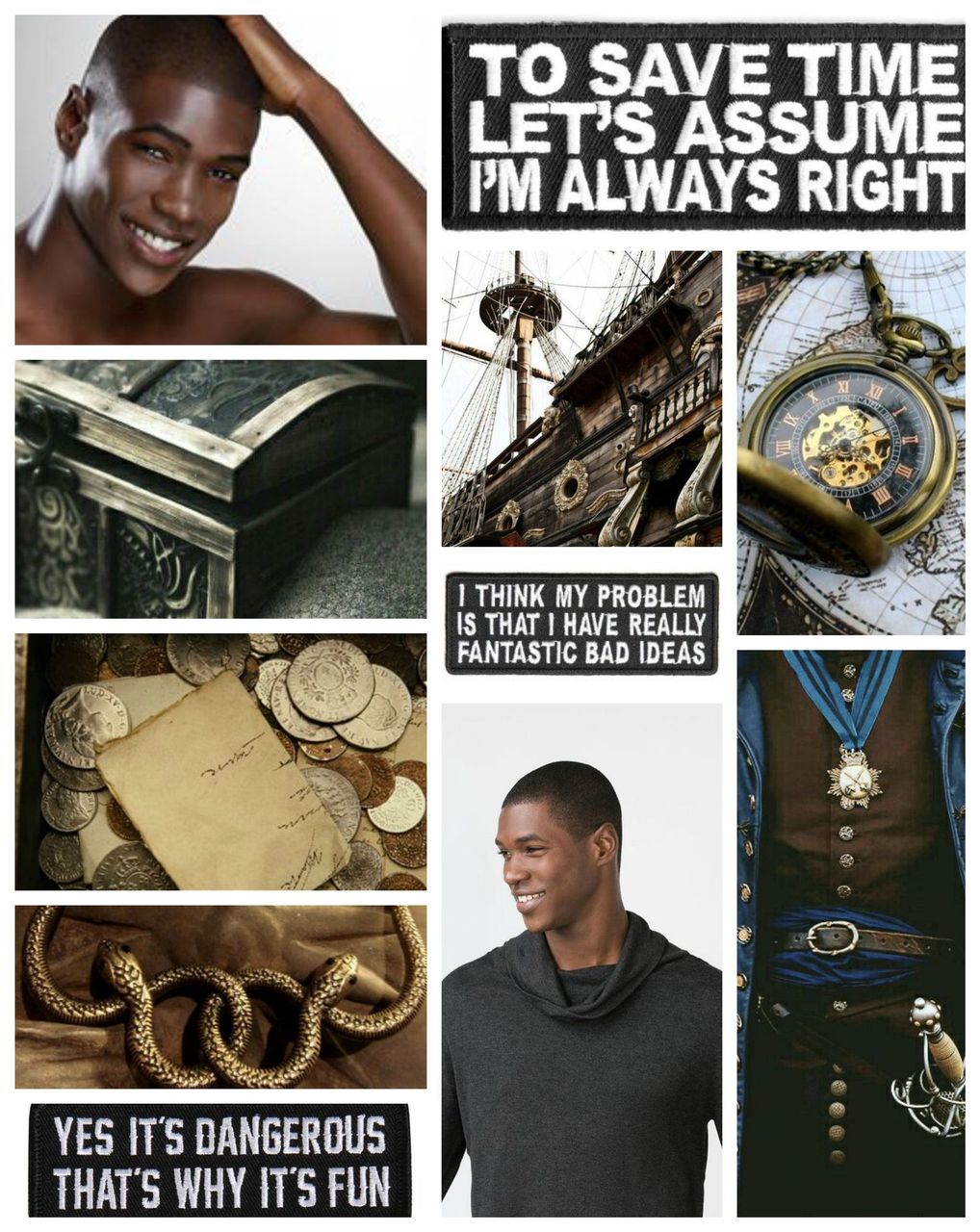 Yet I will still protect them. ❝

Azdah is one of the last of an ancient time, before time. She waits for salvation, for freedom, and has done so for centuries. While her golden horde remains warm and clean, the world falls to ash outside—and finally, she will take action.

Finally, she will help. 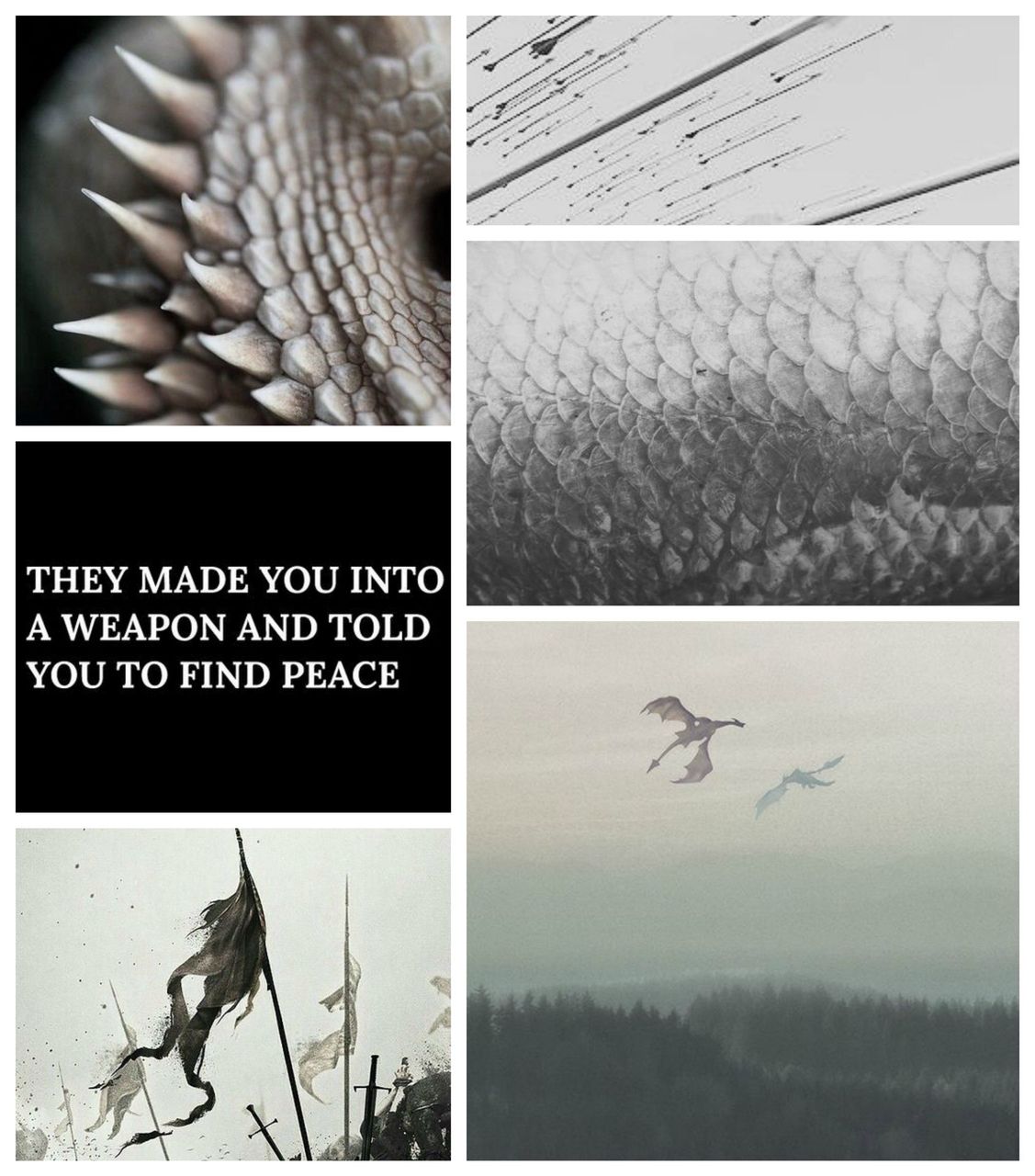 Hey guys, I’m Geenie, call me Gi [or Gee] or Genie, whatever you’d like. This is a high fantasy action/adventure/romance story that draws inspiration from various sources: mostly Middle Eastern mythology. I’m going to be putting my own spin on them to create a (hopefully) vibrant, beautiful world.

While I am heavily inspired by Middle Eastern myths and tales, this book does not represent those cultures fully! Historical precision isn’t the goal here: having a fun story you’ll all love that takes inspiration from amazing cultures is. If there is anything historical or cultural you’d like to add, let me know. (And yes, of course, I do lots of research (I love it lol) :D)

I’m going to be adding in some language here–namely, Arabic (and some Farsi). Just a few words. I don’t speak Arabic or Farsi (unfortunately, just English and Spanish), so if there is anything wrong, please tell me! I want to get that as accurate as possible, but the Internet only goes so far.

Also, this book is unedited. I write these chapters in a matter of minutes; my method is to crank out as much as possible, then edit and revise after I’m done (because finishing is always the hard part for me xD). If there are things that need to be edited, let me know too! I love constructive criticism!

Finally, there will be violence, language, and mature themes. Just a warning!

(And one last thing–I’ve written urban fantasy in the past, with a very short, fast-paced writing style there. I’m trying something different for me, lol.)

Please enjoy the book and if you’d like, vote and comment! I would love to talk to my readers ?