The Not-So-Daily Writings of a Dreamer 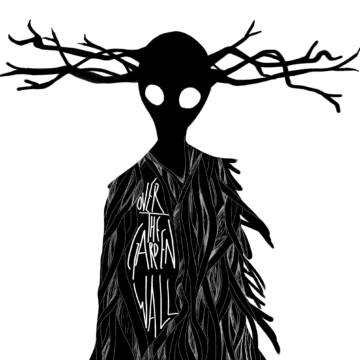 A table. A dark, not-so-wooden table, that is a jumble of organized clutter. An artist, a student, a friend, a girl, and a hint of a sister all share this table. These people all tend to be a bit too much for a table of one, if I do say so myself. Thankfully, the student and sister are very organized, if not particular.

The artist loved supplies, like the smallest dragon in the world guarding her hoard. Pens, paints, and pencils. Tape, markers, brushes, and exactly one big eraser. See, everything was almost organized, as the student “couldn’t possibly work in a messy workplace, go clean up!” There was an unlocked safe with no code and a shack of a shelf that supposedly held it all together. But markers bleed and paint spreads. The jar with the girl’s nail polish seems to have made room for an eraser, and the textbooks seem to have found one more, well two more, maybe three more, not-so-academic, books to its pile. Against the wall there was a growing herd of index cards, from places the artist doesn’t even know, that littered the wall with doodles and drawings from ideas formed far too long and far too soon ago.

Thankfully, the student, a little prudent and picky, favored a minimalist lifestyle. They had their books, their bag, a laptop, and a few pencils from the artist, who was too busy with ideas to realize what had happened. The books are to their right, flush to the wall that the desk was pressed up against. Though the three added sketchbooks and papers were quite a nuisance, the student had better things to do at the moment than to clean up. The sister could do so later. Their computer was nearby, the surface just a little tilted from being straight forward, to show everyone they weren’t too coordinated. Next, their backpack, which isn’t allowed to be in this section of writing. After all, what kind of a person would they be if they had their backpack on a desk? This description will have to suffice, as there’s too much work to be done, not enough time, and too much wasteless writing, even if I did feel nice to type.

A friend waltzes in, with rosy glasses and a skip in her step. Another letter, another drawing, another gift to add to her collection. Though it wasn’t much, the gifts she received were the absolute world, more than anything on the desk. A friend didn’t need anything else, just the meaningful little tidbits on her small corner of the table. Every time a letter was written, she’d read all of them over again, cherishing even the small rips and the pencil smudges from each one. A picture added lead to her wistfully gazing over her computer just to look at them one more time; it probably wasn’t a great idea for the student to let her keep all of those drawings over there. And the objects, far and few, but still there and thankful, and content. On rainy days, she’d hug them tight, feeding off of the love she felt from every single one. And then she’d waltz out, satisfied from the little corner of the desk,

A girl. A female. A young woman. A daughter. A “she.” Her part of the desk was far from original, as she didn’t even have enough objects to be anything special. There was her small, ceramic jar, that held exactly one bottle of nail polish, one bottle of gel polish, one set of nail clippers, and one artist’s eraser. However, her second, and last, possession was used by all of them. Her small, $10, black bullet journal. The artist was in love with it, as she could add little doodles and colors and unique tape to the spreads that lay out her weekly plans. The student, who is desperately trying to improve her memory, loved the half-hearted attempts at organization, so long as she was allowed to format the pages. The friend was somewhat impartial, though there was one page she seemed to favor. The signature page, that allowed all of her friends and family and even acquaintances to leave their impact on the book. The girl wasn’t tall, wasn’t loud, wasn’t all that much, but she did like to tie things together.

Finally, the ghost of a sister, in the shadow of a girl, sets herself down to set things straight. In contrast to her older relative, she was quite organized and simple. Things should be where she put them, in the state that she put them in. No, you can’t put that there, this is my desk. Ok ok, fine, but just this paper. And that book. And your bracelet. Filled with sighs but sisterly love, she decides that maybe that corner of the desk can have some of her sibling’s things. Well, and that side. And maybe that drawer too.