I was looking at my wall. Most people would say that a wall is super boring and you should spend your time doing something else.

“Go play with your brothers,” my mom would say.

Sometimes I just want to look at my rather strange wall, okay!

This wall wasn’t boring, it had something different to it. In fact, I believe it had a face. Eyes, a nose, a mouth. It moved around all over my room. Sometimes it was with the window.

Sometimes it was trying to eat my bed.

“What are you doing in my room, wall monster, sir?” I asked one day.

“Oh, I’m just looking for somewhere to make a friend. No one ever likes me.” His voice was growly, but soft.

I gasped, “that’s exactly what I’ve been trying to do! I try to become friends with the birds, but they always fly away before I can have a conversation with them.”

“How rude!” The wall monster replied.

“I know, right! I ended up giving up. I accepted my fate and realized that I’m not supposed to have friends.”

“Well,” the wall monster began, “my name is Kersplash.”

“I’m Sophie,” I reached my hand out to shake his, but then I realized that he didn’t have any hands. “Oh, silly me,” I laughed, “a face can’t have hands.”

“Here, shake this instead,” he stuck his tongue out.

I laughed, shaking his tongue. “Thank you, Kersplash. I’m very glad you’re my friend.” I leaned against the wall as if we were best buds already.

“Me too,” his growly voice said.

And so I became friends with my wall. Maybe he was there, but maybe I was just insane. 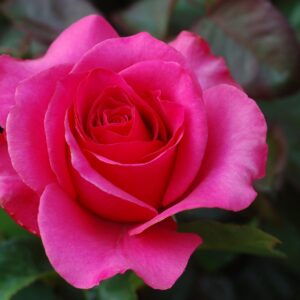