Two old men sit at a table, playing a game. The author takes an old metaphor about life and death a step further. 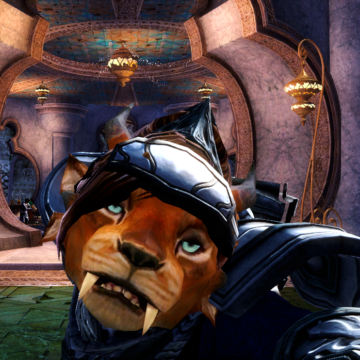 On a clear summer day like any other, two old men sat across from each other at a table in a park. The breeze was still, and the world was alive with ambient noise – birds were singing from branches while cars passed by on their daily commutes. It was a forgettable day, ideal for a forgettable game. However, the rules were practically burned into Arthur’s head. He couldn’t remember a day where he hadn’t gone to the park with his dearest friend Tony, sat down at a table, and played.

They would play a card with a numeric value and color, and the other would play a card to balance it out. Tony was a skilled player of this particular game, and every single round they played out of what felt like billions would always end with him leaving the cards balancing at zero. Sometimes, games would take a long time, while others would hardly last. To keep things interesting, they would never just do one game at a time. They would always play multiple games at the same time, exercising their minds and adding more interest to the flow.

Arthur liked this twist, as it would mess with Tony’s attention – thus, allowing Arthur to cheat. Accepting defeat as an inevitability, Arthur would sometimes cheat. He would trade cards between hands, and alter the scoresheets while Tony didn’t look. Since victory was out of reach at any given time, Arthur instead made it his goal to prolong each game for as long as he possibly could. Sometimes, it would fail miserably, and the game would be over before he knew what happened. Other times, a game could drag on, with many other games both beginning and ending while the extended game simply carried on.

Arthur initially figured that this would at least add a level of interest to the game, but as time went on, he started to feel as if this was his duty. He didn’t just want to see these games last incredibly long periods of time. This was now his job, his purpose, to extend these games for as long as he possibly could. His existence began to feel like it was just to spite Tony. While Tony would always win, Arthur now had the ability to keep Tony from winning too often. Arthur wanted to turn hundreds of wins in a day to mere tens. Tony noticed this. One day, Tony looked up from his hand, making eye contact with Arthur.

“You’ve improved a lot over the years,” Tony said, “You still cheat, but I don’t win nearly as often.”

Arthur raised a brow and asked, “How have I improved? I’ve never won a single game.”

Tony laughed, and shook his head.

“It’s because you can’t. It’s the nature of the game – it starts out in the favor of the person playing it, but still keeps victory out of reach,” Tony explained, “But the longer the game becomes, the more it turns in my favor. The better cards are slowly moved to my hand, since I was not the first one to play a card. The starter, however, begins to lose options.”

“… That the first card placed tells exactly how the match will end?” Tony finished Arthur’s sentence, then nodded. “It’s something like that.”

“The true appeal of the game isn’t who wins, though,” Tony explained, “I believe it’s more in how things balance out. Each game flows similar, but the small differences keep things fresh.”

“Why are we still playing?” Arthur asked, furrowing his brow. “This is a waste of time, no?”

“We both know why. It might start and end at a low point, but nothing is just the beginning and the end. The different twists and approaches to each game is what make it enjoyable,” he explained, “Arthur, don’t you see? These games all start the same, and they might all have similar results – but the way everything happens is what makes it all worthwhile.”

Arthur paused for a moment, taking in his friend’s words before speaking up.

“When you put it like that, I guess this game isn’t so bad, after all.”