This book was actually made a few years ago, by me, of course. I made a few tweaks to it, made it a lot longer than I wanted, but I'm proud of it! 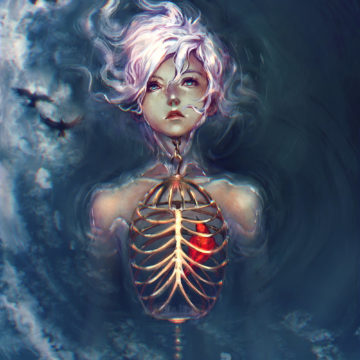 I’m coming for you, Azura mouthinghail.

The words had been written on the road, in dead, bloody bodies. The people of the town had been massacred by someone..Zander. The back of Azuras eyes stung. He walked among the bodies, recognizing each of them. They were all people he had cared about, and even more. Azura dropped the part of his soul, that made him feel a person’s fear. He left it among the bodies, and left the town.