THE FACE OF FEAR

A woman wakes up by the road in the night.She has no recollection of her past.Read on to find out about the roller-coaster of experiences she has to go through in the journey of her self 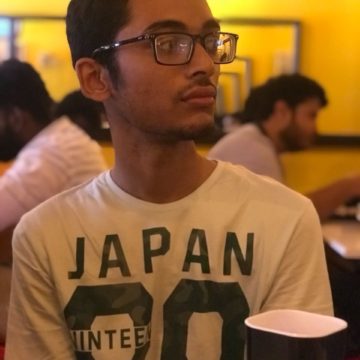 My eyes could not focus for quite a few seconds after I opened them.My vision cleared and simultaneously,an acute shot of pain in my temples made me squint hard.As I slowly came to my senses I could feel the pain surge through my body.It felt like finding things about yourself that you never knew existed.

It took me a minute to realize that I was lying by the road,in the night.What time was it even?

The cold was unforgiving.I had my jacket on, but my legs were frozen.Should not have worn a skirt.They were a little short for me.

I was covered in dust.Which made me wonder how long I had been lying there.

How did I get here?

I couldn’t remember my own name.I checked my head for concussions but I looked fine.Then how did this happen?

Drugs? Benzodiazepines?How did I know that word?

I checked my arms for punctures.Nothing. Oral dosage,probably?Was I an addict or was this done to me?

I stood up and looked at my body.I was young.But not too young.

I checked my pockets, almost sure that I wouldn’t find anything.

I was wrong. I had a tiny purse in it.There was very little money,some coins and a parking ticket.

So was I a twenty something woman from Tokyo who knew about Benzodiazepines but not her own name?Great.

I turned the ticket over and found a number scribbled on it.

I walked out of the bushes onto the road.The highway seemed dead.Not a single vehicle? In Tokyo?How was that possible?

I started walking and I saw lights in the distance.Looked like a convenience store.It probably was.I quickened my pace pulling my jacket into a tighter hug and clenched my teeth and the pain threatened to break me into pieces.

I reached the store and considered if I should enter it.

I decided I needed to drink something at least.

I walked in and I saw an old woman behind the counter.

She looked up and stared at me as horror crept into her face.

“Can I use the restroom?”I said

She just gaped at me.

This was getting suspicious.

“I’ll buy water and some food”I smiled, “not for free”

She just pointed her wrinkly finger towards the back of the store visibly shaking.

I rushed into the room,locked myself in and threw a glance towards the mirror.

My heart skipped a beat.

My face was heavily disfigured.I had no idea whose face I was looking at.

I checked rest of my body and I looked fine.

I got dressed and walked out trying not to look at the old woman.

I walked into an aisle and picked up some water,some painkillers and a scarf.

I paid her and I asked her without making eye contact

“Why is the highway so deserted?”

“The government declared an Emergency?”

“They’re busting drug rackets.They’ve arrested a bunch of dealers.Gang wars and killings all over the city”

I started walking towards the door when I heard her croak “What happened to you?”

Without turning I said “Insect bite ” and walked away.

I exited the store and saw an NTT booth right outside.

I pulled out the ticket with the number and I entered.

I dialed the number slowly.I also memorized it,just in case.

I was going to find some answers now.

“Hello ?” said a voice in English.

How did I know English? I definitely looked Japanese from what I could make out in the mirror.

I had no idea what to say.

Then I said the only word that I knew that night.

There were many types of Benzodiazapenes or Benzos.It was a long shot.

All I heard was silence from the other side.

A truck passed by.

“Where are you?”the voice said.

“I’m sorry all of this went wrong”he said.

There was more silence.He didn’t know how to help me.

“Listen get back to base and we will figure this out”he spoke so fast “ I have to go now,They’re hunting us down.”.

I walked out ,frustrated.

Who’s hunting us down? And why?

It suddenly struck me.

I run back into the store.I heard police sirens.I looked back and saw three police cars speed past me.I remembered the truck that passed by while I was in the booth.An emergency had been declared.What was that trucking doing outside?

I entered the store and saw that the old lady was staring at the television screen.

A story on the drug racket was being broadcast.A plastic surgeon had been arrested for apparently helping criminals change their appearances and identities.

I remembered who I was,What I was.

I was trying to close a chapter of my life that would destroy me.But it clung to me like a sickness.

She looked at me scared but didn’t do it.

The next story was being broadcast now.

The police had found the corpse of a teenage girl in the outskirts of Tokyo.

Her clothes were missing.She was last seen wearing a brown jacket and a black skirt.

Her scared little eyes moved down my body.Looking at my Brown jacket and my black skirt that were too short for me.

I wasn’t particularly fond of this part but sometimes ,some things have to be done.

Never leave a trace.First rule I learned in the drug business.

I picked up a butcher’s knife from the stand and looked her in the eye.

She opened her mouth to scream but it never left her throat.

I wiped the blood off on my scarf and I ran my fingers all over my disfigured skin.

I looked back at her lying in the pool of blood and quickly turned away.

I had to get back to base.I had business to take care of.