The Daughter of Lucifer

Lucifer isn't the evil angel that the bible made him out to be. His father hurt him. Everything about him changed when he met a woman and fell in love with her. She had a daughter after they were forced to break up. Now Kyra Grace Colson has to find her father and tell him about everything. Hopefully, she will find him before she is found and taken away from Earth. 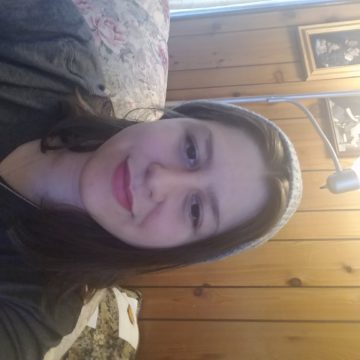 I was born fifteen years ago, and I was orphaned ten years ago. There isn’t much I remember of my parents because my mom was always busy, and my dad was never in the picture. All I knew was I wanted the truth about who I was. No one in my life understood why I was acting weird whenever people came in to adopt the kids. There were a few times when I was okay when the people wanted to talk to me, but as I got older, I lost interest in being adopted. The head of the orphanage understood why I stopped wanting to be chosen by people who weren’t my biological family. I was fifteen now, which means not very many people want to raise a teenager. All I knew was I was going to have to leave in three years once I turn eighteen.

I had decided to walk around the house when I noticed the attic door was open. No one was allowed up there except for Mrs. Carlson. I was about to turn around and leave, but Mrs. Carlson said to come up to the attic. I was concerned because she wanted to go up there, but the rules say I can’t. She said it was okay since she was up here with me. I agreed and walked into the attic. When I got to the top Mrs. Carlson asked me to help her move some boxes. I thought it was weird she wanted to do this now, but for some reason, I thought it would be interesting.

“Kyra, I think one of these boxes has your name on it. If you want you can take it to your room.” Mrs. Carlson told me.

I found the box she was telling me about with my name on it. I was curious about why this was the first time I heard anything about it. We finished cleaning up, and I grabbed the box and took it to my room. I was curious about what was in the box. After I put it onto my bed, I opened it and saw all of my old baby clothes from before I came to Mrs. Carlson’s place. There were many memories in the box.

I found a letter addressed to me. I didn’t recognize the handwriting. I then realized the writing was my mother’s. Slowly I opened the letter and read the last thing she wrote to me.

Forgive me for leaving you alone in this world. I wanted you to live the best life you could. Now I realize I was only stopping you from knowing who your father is. We met and fell in love. But his father didn’t want us together. Before I knew I was going to have you, your father and I split up. As much as I tried to tell your father about you, I didn’t know how to find him. Please understand that I do love you and your father. His name is Lucifer, and yes it is the devil. He was nothing like the bible said he was like. He was so kind, and he wanted a family.

Kyra, I want you to find your father. If he doesn’t believe you, show him the capital M on your wrist. The M stands for Morningstar, which is his last name. I asked Mrs. Carlson not to give you this letter until you turned 15 because I wanted to see if your grandfather would let your father meet you. I know that you might not believe me when I say you are the daughter of the devil, but that isn’t a bad thing because your father was a great man. God is just an idiot for not allowing us to stay together. If you are reading this and a loving family adopted you, then you don’t need to look for your father, but if not, please go and find him. He will keep you safe from those who want you dead.

My darling daughter, you are destined to do amazing things. Don’t ever let anyone ever tell you differently. Once you read this burn it, I don’t want anyone else finding out the truth of your father. He was the best thing that had ever happened to me because he gave me the sweetest little girl in the world. Mrs. Carlson is a fallen angel who followed your father, but she was abandoned by him a few years after I meet him. When I told her about you, she knew that one day someone would try to kill you. She wasn’t wrong. I want you to promise me that you will always remember that you are stronger than those who wish you harm. I love you Kyra with all my heart.

Now I wasn’t sure what to do because according to this I was not solely human. I went up to Mrs. Carlson and asked her about the letter. She told me what my mother wrote was true. My father was the devil, and now I have to find him before someone tries to kill me. It looks like I have to leave, Mrs. Carlson said if I ever need anything to call her. I wasn’t sure where to start, but Mrs. Carlson told me there was a place which no one had jurisdiction except for those who live on Earth. She sent me the address and gave me some money. I knew the world was going to be different for me now, and I was ready to help with the change.