Login/Sign up
Community Stories. Get Inspired, Get Underlined
> Connect > Explore > Writings > The Crow

It has been many years since the crows were seen in Whitby, England, and people were starting to get scared about how quiet it has been. The minister thought maybe people thought that the crows would come back, but it has been a year since the crow incident. People talked about it all the time and thought maybe someone would be killed again. The minister thought otherwise because he thinks he’s the reason why the crow stopped coming back.

“I think everyone just needs to remember that I’m the one who stopped all this nonsense.” The minister said to a police officer. “That crow is gone now and people should just go on about their day.”

“But minister, do you honestly think the crow won’t return? What if it does?” Said a woman named Michelle Louise.

“I doubt that. And after what I did to it, I’m pretty sure it’s dead now.”

“How can you be so sure if the crow is dead?” Michelle said angrily, her face was red. He could tell she was getting angry. “Minister, I lost my sister because of that crow.”

“It’s not just a bird. I saw its hands.” But Michelle was hushed up as soon as the minister told the police to get her away from him.

The minister was now in his office sitting at his desk drinking a cup of tea and reading the papers. His eyes suddenly scan a small headline, and they widen in shock.

“I don’t understand… Harry just got home, and when I opened the door to let him in, he was gone.”

“Did you see anything that was left behind?” Said the reporter.

“I don’t want to talk about that,” Ginvera said.

Mrs. Adams seemed too scared to talk about what she had seen after her husband went missing. She knew he had died, though. The police found the body in an old building that was forgotten.

The minister crumbled the paper and threw it into the bin. He couldn’t believe it. This has to be a trick. 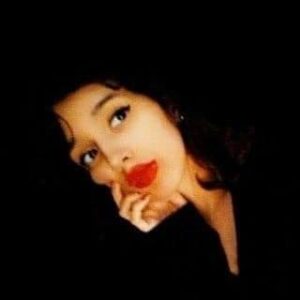 Didn't i promised to give you everything?

Didn’t i promised to give you everything?