A boy is left home alone while his parents are out, so the boy decides to go for a swim at the lake near his house. It was meant to be a quick, fun trip, but things take a dramatic turn. To see what happens next, give this short story a read. 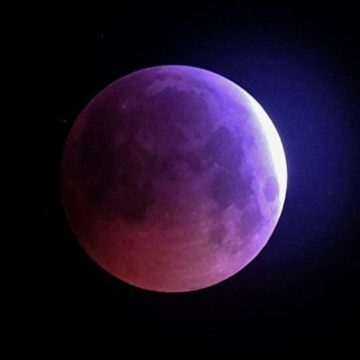 The lake was beautiful at this time of day, sparkling with a thousand rays of sunlight. The boy was reading his book, when he happened to glance out the window. He saw the lake, in all its beauty, and ached to look closer. He knew that his parents had told him not to go outside the house while they were away, but he couldn’t bare being cooped up inside for so long. He glanced around the room, reminding himself that no one was there to stop him from going. Against his better judgment, the boy slipped on his blue boots and went out the door. As he approached the lake, he saw some older boys, most likely seventeen years of age, drinking something that resembled beer. They were laughing together, and playfully slapping each other across the back. The boy felt confident, so he ran his fingers through his light brown hair, making it look like the styles the boys wore, and walked up to them.

“Hello,” the boy cautiously said, “may I join you?” The laughter diminished, and the tallest one of the group bent down a bit.

“Yer that new kid from Texas, ain’t ya?” he asked, spitting in the boy’s face as he spoke.

“Yes sir. Never been to a real lake like this before. Thought I might take a swim,” the boy remarked, proudly. The group laughed.

“I bet’cha ten bucks he don’t know a thing ‘bout this ‘ere lake,” the shorter one said to the rest of the group.

“Should we tell ‘im?” the older one asked.

The boy felt a bit of fear nagging at him, but he ignored it. He took of his blue boots, set them behind a boulder, and started to walk into the water. The stout-looking boy pushed him into the lake from behind, all his buddies chuckling to themselves. The boy went underwater and was surprised at how deep the drop was from the bank. He pushed himself to the surface, and started to tread water to keep himself up.

“Come join me! The water’s great,” the boy called to the group. They all shared some looks, but one boy they called Jacob decided to try it out. Jacob jumped from the bridge that ran across the lake and swam out to where the boy was, the deepest part, bragging about how great a swimmer he was. The group was teasing him from the shore, when they saw the sudden change in Jacob’s expression.

The boy watched in terror from a couple feet away, as Jacob managed to say the words, “It’s got me!” before he was submerged in the large body of water. The boys from the shore sipped their drinks and called to Jacob, telling him to stop joking around. But Jacob never came up to the surface. The boy started to panic, and began to swim toward the shore; past the place of Jacob’s disappearance. He felt an underwater ripple at his feet, and froze in absolute fear. There was something under the water, and the boy knew it was going to seize him, whether he attempted to escape or not. He called out to the group, desperate for safety, but the boys just stared in shock. The boy tried to swim away as fast as possible, but soon noticed that something was tied to his ankle. He sobbed as he tried to get whatever it was off his foot, wishing it was all a bad dream. But as he stuck his arm into the water, something grabbed his wrist and yanked. The boy’s face was pulled into the water for a split second, but it was just enough for him to see the scaly face of the monster who was firmly grasping his hand. Bright yellow eyes that pierced you with terror, jowls that were spiked with poison-tipped fins, and, worst of all, a mouth with 12 rows of sharp fangs, joined by a long snake-like tongue.

As the boy’s head burst above water, he screamed and flailed, trying whatever he could to escape the creature’s hold. But the creature was stronger than he, and pulled harder on his arm, plunging the boy’s body into the water. He felt something wrap around his torso, and he tried to open his eyes, even though it stung. Though his eyes burned and his vision was blurry, the boy saw Jacob, tightly wrapped in kelp. He blinked repetitively, and recognized the look of death on Jacob’s face. The boy was then suddenly aware that his lungs burned and ached for oxygen, as he started to choke on the murky water that he was trapped under. His heart pounded, as if it was to burst, and the boy made the unruly realization that he wasn’t going to make it to the water’s surface in time. He couldn’t hold his breath any longer, and tried to breathe a little to lessen the pain. It was then that he turned his head toward the surface, water filling his lungs, and saw the red and blue flashing lights. The boy felt comforted that he was to be saved, and slowly shut his eyes, giving in to the peaceful nothingness.

The woman brushed salty tears off her face as she recognized the cerulean blue rubber that had once sat by her doorstep every night. She reached behind a weathered boulder, and pulled out equally worn rain boots; the same ones her son had worn. It had been four days since his death, and no one had gotten over it yet. Well, no one except her. The woman glanced around to see if anyone was watching, and when she was sure there was no audience, she smirked. Her son had drowned at 14, and the secret of how was hidden beneath her flesh and bones. She threw the boots back to where they were, and slipped into the lake. The woman shed her fake identity, and swam out to the deepest part of the water. She maneuvered through the kelp, and stopped at her son’s waterlogged body. She heard rustles in the weed, and quickly hissed at the boy, “This is why you don’t disobey Mama.” The rustle suddenly stopped, and the woman turned. There was a FBI diver, horrifically witnessing the woman who had killed her own son, floating there, bearing her alien form of blue scales, sharp fangs, poisonous spikes, and her piercing yellow eyes.