Nika Highlands just wants to learn magic like those before her. She just wants to go to the Magi Realm and prove she's worthy of magic. A certain trickster spirit has other ideas. 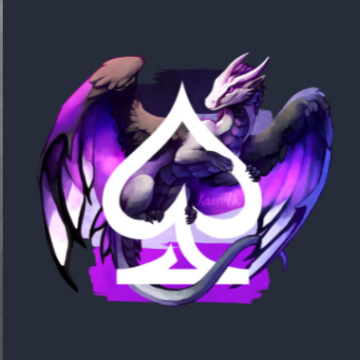 Nika wasn’t sure if a raging spirit meant her spell had worked or failed . The spirit’s yellow eyes burned with fury as he screamed curses. She ducked under a table to avoid the book flung at her head. It was several moments before she dared to peek out from behind her shelter. The spirit’s form had started to become more solid. His yellow eyes which were blank, without pupils, they met her brown ones. “You summoned me?” His voice was soft and casual, but Nika could still tell that his anger hadn’t vanished completely. She nodded, to which the spirit laughed. “Of course I get summoned to the Mortal Realm now! And on Hallow’s Eve of all days!” Nika gulped, “Err…spirit?” He ignored her, brushing his silver hair behind one of his pointed ears. “Spirit?” she said again, a little louder. “It’s Forge kid, not Spirit.” Forge gave an exasperated sigh, “I suppose you wanted to make a deal then?”

“A deal…right…yes, of course.” The spirit, Forge, rolled his eyes. “Skip the formalities already. Tell me what stupid thing you want…” Nika hesitated, unsure of what to do next. Whoever this arrogant guy was, he didn’t want to be here. “Listen, Forge…either you help me and do it right, that means no taking advantage of any loopholes! Or, I’ll leave you to rot here.” He chuckled, raising an eyebrow in mock surprise. “Come on kid, you got lucky even summoning me.”

There was a general vibe that stated Forge was the smartest on in the room, a fact that wasn’t up for debate. To be honest, it was infuriating.