Short stories for fun. Hopefully, you will have fun reading them c; 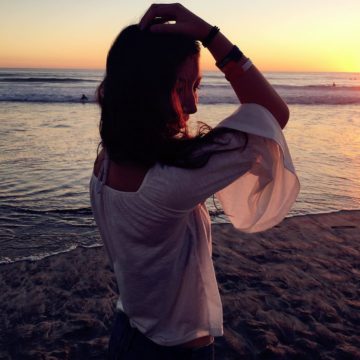 Notes: Before you read this, this is just my point of view on Marcus Brutus’ downfall from Shakespeare’s Julius Caesar. Notice the allegory from the eagles and crows. Eagles, in Greek culture, meant victory in war, and the crows meant loss. One of the unfamiliar things mentioned in this selection is Stoic philosophy- This is the philosophy that Marcus Brutus follows, that taught virtue is the highest good. It is also based on knowledge and that the wise live in harmony with the divine Reason that governs nature, and are indifferent to the change of fortune, pleasure and pain. It, in short, a philosophy to mainly cover up your pain and hardship without the display of feelings.

Oh! What tragedy for Marcus Brutus! He could only blame himself for what has taken place. His back is hunched in a big C, overlooking the legion of bodies of his fellow soldiers scattered across the valley of Phillipi. He could imagine what the landscape used to look like in his mind- green with thriving growing grass, the trees happily standing and waving their arms in praise to the gods, the sky blue, with eagles flying through the sky, shrieking in the happiness.

But now, the grass was brown, withered, and stained with the blood of his fallen soldiers. The trees are empty and utterly broken, the branches drooped down, dead from all the darkness that has come upon them as if the gods have left them.

They probably have forsaken them.

The sky is smeared with gloomy clouds, ravens replacing the eagles, their cry resounding in pain. His face was contorted into desolate shapes, creating deep wrinkles in his young skin. The skin of his face and body were cut, bruised and crestfallen. He knew that he had lost the war. Maybe this shame, guilt, and agony wouldn’t be clawing on him if he hadn’t been one of the conspirators that stabbed his emperor, Julius Caesar. Thirty-three times Caesar has been impaled, but seventy times over will be the painful, unbearable karma of the conspirators.

It was obvious who has won: Mark Antony, Caesar’s beloved friend. The element of irony was that Brutus was also known as a close fellow of Caesar. But, he got blinded by his own philosophies.

Behind Brutus, he could hear so vividly the last breath of Julius Caesar. He whirled sharply around to see the very spirit of Caesar standing before him. Brutus looked before him in sheer, raw terror, the very image before him was of his own making.

And the ghost said only one thing repeatedly, “Et tu, Brute?” There was blood everywhere, dripping on Julius’ white, tattered garment, smeared across his face, drooling out of his mouth.

It may be a simple 3 worded phrase, but it was sharper than a sword that sliced through Brutus’ heart. The guilt was drowning him deeper and deeper, but he wasn’t rock bottom yet. His wife has committed suicide, along with another good “friend” and a fellow conspirator named Cassius.

He knew not what happened to the rest of the conspirators, but they were either killed or committed suicide.

He knew what must happen. Brutus knew too well that he was going to be captured.

However, he just couldn’t. He couldn’t bear the shame and disgrace of the world weighed upon his shoulders. The Stoic philosophy says this is the right thing to do. He must not feel anything, but face the world with all of its rages upon him, without emotion. It was already hard for him to cover up his emotions when his beloved wife died out of swallowing coals. But this- this was beyond repair for the soul.

He drew his sword, the sharp sound emulating from the scraping of his sheath. He looks at the bloodstained sword before him. This was his downfall. This was his wage.

The deep darkness has already clouded up his mind, but now, it’s eating up his soul from the inside and out. The black spirits are clinging upon him, whispering sedusive words into his ears, promising peace and rest.

Confiding to the spirits, he plods to the nearest tree. It was quiet, almost too quiet. All that Brutus could hear was the grass crunching under his feet and the agonistic whispers of Caesar’s pain.

He could take it anymore, not anymore! His eyes are smashed closed together in utter torment, his palms clasped tightly onto his ears, trying desperately to suppress the whispers.

There was only one solution that he knew of.

He took a sharp breath

and fell on his sword.

The irony of it all to his stoic philosophy!

Rome may look at him as if he was a righteous man,

but the common man knows he is a mere hypocrite.