Levena and Blythe live in a world separated by three kinds of people. Ice Casters, Fire Wielders, and Ordinaries. Blythe and Levena are accepted into an organization designed to overthrow the newly appointed queen of Zariya. Will they succeed? 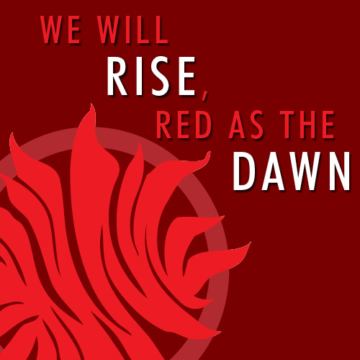 “Hi,” I say awkwardly, not relaxing my stance. The stranger draws closer to where I can finally see his face. I gasp as I realize who he reminds me of.

He chuckles as my face becomes a painting of pure confusion.

“From the look on your face, I think you already know who I am,” he says.

“You are a smart one,” he replies. “Yes, I am indeed Blythe’s father. My name is Henry,” he says as he bows.

“Almost every week for the past seven years, Blythe has been making trips here. He is better at hiding where he’s going now, I grant him that, but seven years ago? Not so much. Anyway, one day I decided to follow him. He stopped here and started talking to you. I can’t believe how you’ve grown since you were a baby,” Henry says half-laughing. This puzzles me greatly.

“Yes,” he answers, “your mother and I were best friends when we were children. Aurora was a beautiful woman.”

This is the first time since she was taken away that I have heard anyone say her name besides me. “I’m afraid this is where I have to leave. Blythe will be worried if I am out for much longer.” Henry reaches into his coat pocket and retrieves a ring with a complicated design. An elegant snowflake on one side, fierce flames on the other. “These are rare to come by, even when I was a child. It symbolizes Khisfire and Zariya before they waged war on one another. Your mother wore it all the time, hoping that the two kingdoms would unite once again. I thought you would want it,” he tells me. Blythe’s father turns and walks away, leaving me to admire the beautiful ring. I delicately place it on the second finger of my left hand.

A little while later, I stack the boxes and bags in the alley to reach the small ledge I sleep on. When I reach it, I gently push over the pile of boxes so no one is able to reach me without waking me first.

The next morning I wake up to the sound of carts and wagons moving.

“Where is everyone going?” I ask a stranger.

“Have you not heard? They are choosing another queen,” she answers.

The first queen in eighteen years

I trail the mass going to the Alynthia, the capital city. I’ve already developed a habit of rubbing my ring with my thumb. From what I gather, the new queen will give a speech, then everyone states a pledge of loyalty to her. Any who resist will be executed.

The trek is a long one. Along the way, those who have no food were provided a minuscule amount from the guards sent to make sure no one stays in Aabin. Nights were miserable, I never felt safe around so many people. Thankfully, no one approached me or made any conversations with me. It takes a week before we arrive. The coronation is not for another week, but everyone came early to prepare. People set up tents outside of the city’s walls. Even from the outside, the royal palace can still be seen, towering over other structures. It is made out of ice or at least that’s what it looks like.

The next week, everyone gathers in a huge arena for the coronation. Ordinaries on crudely made concrete benches and nobles in their luxurious booths in the walls. Safe from the “dirty” Ordinaries. All of the nobles that is, except the queen who sits heavily guarded under an extraordinary cover. She’s too far away to distinguish any features, but I can still tell she is slender and pale. I guess that’s not really a surprise. Almost all Ice Casters are as pale as snow. I’ve heard Fire Wielders are as dark as Ice Casters are pale. A wave of sound rushes into my ears as everyone stands before the queen as she begins her speech. I was asking myself how she was going to project her voice all the way across the arena when words made of ice and snow appear in the air. Ice words float so all can read the words. Being unable to read, I look at the crowd on both sides of me and find a familiar face.

He looks tense. Like he has to run in any second. I realize that he’s struggling to remain calm. I know just how much he despises nobles, and I can’t imagine how he feels looking at the new queen. I push through the crowd toward him, earning me confused and irritated looks. When I finally reach him, he rapidly twists in my direction with anger burning in his eyes. He calms down when he realizes that it’s me. We stand next to each other in silence until the queen’s speech is finished and one of her officials is speaking. His words are blurred out by Blythe’s.

“Sorry, Levena,” he says, “I thought you were a guard because I didn’t think anyone would push through a crowd while the queen was giving a speech. You’re lucky you didn’t get caught.”

“I never get caught,” I say defiantly, “unless I want to be.”

“I caught you seven years ago in the trash behi- you know what, I don’t want to argue. We have to get out of here. Quickly,” he whispers.

“What do you mean?” I whisper back.

“Anyone from the age of fifteen to twenty will be sent to fight in the war. I don’t want you to get hurt. Or die,” he replies.

“The war with Khisfire,” he says.

“What?” I exclaim, only to realize that I have caught the attention of a guard who wades through the crowd toward me.

“Walk away slowly,” Blythe orders me, and I happily oblige. I drift into the mass of people, and the guard loses sight of me. I relax with relief until I realize that Blythe is gone. He probably didn’t want to risk getting found, even though I was sure that the guard only saw me. No longer in the furthest and highest row, I cannot see over people’s heads. I’m trying to push my way to the spot where Blythe and I were last, hoping that he was thinking the same when a hand touches my shoulder. My natural street instincts kick in, and I twist my body and use the momentum to push the attackers arm inward. Midway in the movement, I realize that the hand belongs to Blythe.

“Yeah,” he mutters, “anyway, yes the war with Khisfire is still happening. They lied to us to keep us calm. The queen just announced that the war has actually been going on even after the other queen disappeared.”

“How have we held them at bay for that long?” I ask.

“She didn’t give any details,” he tells me, “Probably because she doesn’t know either.”

“Well, what did she say?” I inquire impatiently.

“That there was something causing confusion in Khisfire,” he replies. I begin to ask another question when he puts his finger to my mouth, immediately quieting me. He tilts his head toward the ice words in the air.

I can’t read. I mouth to him. Abruptly, he takes me by the arm and pulls me toward the closest exit. The exits are the same as the entrances, long tubes leading in and out. There are many of them scattered around the arena so there is no problem finding one. The only problem is the guards.