Can family heartbreak and betrayal find resolution through a simple tattoo? Halfway around the world, in the Brazillian rainforest, Ava works alongside the Kaybai tribe every day becoming a part of their world and family. One afternoon, the gift of a tribal tattoo connects Ava to someone she thought was a world away but instead is closer than she ever thought possible. 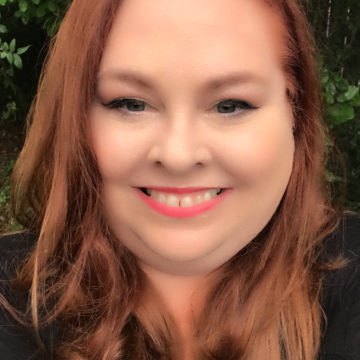 My eyes fight to open against the thumping in my head. Only blurry outlines and spots of light surround me. The familiar raised wooden floor of the tattoo hut pressed hard against my back. The scent of damp rainforest mingles heavily with the smoke from a fire, surely lit to cook the Agouti the hunters killed this morning. I fight not to gag at the thought of eating the giant rodents, my least favorite Kaybai food.

A hot ache radiates from my upper arm as I struggle to sit up. I close my eyes against the pounding in my head, as a soft chanting plays at calming me. Beside me, Wetanti and Ari speak to each other in their native language. Since coming to stay with the Kaybai, in Brazil, I have tried tirelessly to learn the Guarani language. After a year here, I still slaughter it miserably. Ari comes into view as my vision clears, her long, silky black hair obscures her face, falling delicately over the dark, beautiful skin of her bare shoulders. I turn to her brother, he looks away.

“What happened?” I croak.

Looking around me, Amana, Ari and Wentanti’s grandmother and their father Kuiussi, the tribe’s tattoo master, are also beside me, worry tugging at the lines etched into their faces.

“Father said you fell into the afterworld.” Ari’s English was amazing. She, her brother, and many of the children in the tribe spoke English well, thanks to all the gringos, or white men who had invaded their way of life. “Are you good, Ava?”

“Yes, I think so.” Remembering the pain in my arm I look down, my breath catching in my throat as I do. The tattoo’s beautiful colors intricately weave a shield of interlocking lines cutting a circular path around a hockey puck size scar in the center. A delicate E falls over the raised, dimpled skin. I sway to Amana’s chanting which emanates from low in her chest, rhythmic, beautiful, and calming. Kuiussi’s tone was strange as he spoke to his children in Guarani.

“What?” Sadness shadows the group. Pinching her brother, Ari motions for Wetanti to speak. Only then, do his dark eyes meet mine. My heart pounds under his gaze.

“Please tell us about E.” He whispers.

“I’m not sure who…” I stutter. Kuiussi speaks again, shaking his head.

“Father witnessed you falling into the afterworld, called by E. The tattoo design given to him in a vision was centered around your scar with that being connected to you.” He said pointing to the E. A heavy dread settled in my chest.

“E,” I hesitate, “is my sister, Eve. We’re identical twins, born joined at this spot,” I say pointing to the scar.

Ari’s voice is soft. “You never spoke of a sister.”

“We had a falling out, I traveled here without her because of it.” My arm throbbed, growing hotter as I thought of her.

“We were both supposed to join the peace corps after graduating, a year of giving back before college. Then my parents were killed. Originally, we were all meant to come here together. Eve had been dating this boy whose father offered her a job in his company. We fought, she took the job, I came with the American group to try to stop this man and his company.” Hot tears roll down my cheeks. “He’s responsible for the deforestation here. His operations in Brazil are why your people are being pushed further and further into the rainforest. He is everything my parents and I have fought against.

Kuiussi motions to his son’s arm. Wentanti begins untying a small leather cloth from around his upper, left arm. Nodding to Ari, she does the same to the cloth around her right arm. Tattoos identical to mine adorn their skin.

Amana’s voice startles me. None of the adults in the village speak English, but to my surprise, words I knew came to me in her comforting voice. “Ava child, did you know that my grandchildren were born under the same moon, like you and your sister?”

“Yes.” I thought it was amazing to come halfway around the world to meet another set of twins.

“As my son began your tattoo, the ancestor’s guided his hand, as they sometimes do. He watched your soul being pulled into the afterworld, the string between you and Eve tethering you together. As the string between you was cut, he was guided to place the same markings on his children, your brother and sister now.” I stare, confused into her loving eyes. “Your sister was your only family, yes?” I nod.

“Shut your eyes,” she instructed, “focus on the taping of the stone, on the needle biting into your skin, follow the pain.” I did as I was told. Immediately, blackness threatens to suffocate me, before giving way to a white fog, that carried… Eve!

I stifle a sob at the sound of her voice. “I love you, Ava. I’m so sorry. I should’ve been in Brazil with you. These wonderful people love you, they are your family now. Remember, I’m always with you, right here.” She traces my scar. An intense burning ignites in my arm as the E begins fading away, along with my sister. I reach for her, but she is gone.

“I’m so sorry for your loss, my child, but happy for you to be part of our family. This tribe is your home for as long as you want.” In a motherly move, Amana engulfs me in her loving arms.

A few weeks later, while working alongside my family, I received word from the states. Eve had been in a car accident on her way home to pack, after joining the peace corps and buying her ticket to Brazil. My sister had died as I was getting my tattoo. A silent tribute, I thought at the time, to my twin, was now my connection to her on the other side.