Redemption is a short story in the dungeons and dragons universe. 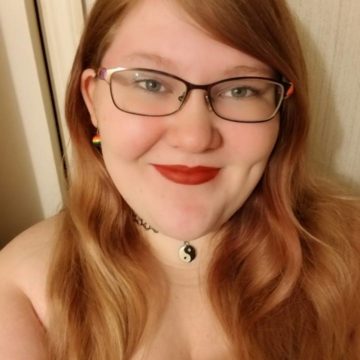 Valda stands at one end of a clearing, the hilt of her rapier gripped firmly in her claws. A blinding flash of lightning reflects off of her blue scales, momentarily disrupting the dark, overcast evening. Despite the curtain of storm clouds, the air is dry with anticipation. After a deep breath, Valda raises her gaze to meet that of Kero, a red dragonborn adorned with heavy armor and a confident smirk. At the edge of Valda’s vision, other dragonborn shift in the shadows. Some regard her with scorn, others with approval. The moments to come would decide the future of the clan. Everything she had fought for, the adventures and the failures, weighed now on her shoulders. For the first time among her own kind, she felt alone. Her heart ached for her friends, Colyn, Cayla, Kid, and her dear Bethany… She couldn’t think of them now. Too often had she been blinded by rage and emotion, and hurt others because of her recklessness.

“Well, slinger, are you going to stand there all day, or are we going to fight?” Kero taunts, brandishing a rapier of his own. “Oh, but perhaps you’re having second thoughts? After all, you’ve gone soft for those humans…”

That familiar rage rises once again, but Valda takes a deep breath and levels her eyes with his.

“I will not let you drag this clan into ruin. Not every human is our enemy. It isn’t too late to change, Kero.” Valda speaks with a gentle voice, but it carries across the field without issue. Kero simply replies with a hearty laugh, bending forward in his theatrical mocking of her sentiment.

“Let’s get this over with. Shouldn’t take long.”

And with that, he stalks towards Valda. She sighs, then closes her eyes for a moment, whispering the first line of her Oath.

“Violence is a weapon of last resort. Diplomacy and understanding are the paths to long-lasting peace.”

Kero’s rapier soars above her head as she ducks and rolls out to the side, surprisingly fast despite her thick frame. He growls and rushes her, and a sharp cling rings in the air as their blades meet. Valda is sent stumbling backward, but she rocks forward at the last moment, jabbing Kero’s side with the hilt of her rapier before darting out of his reach.

“All people begin life in an innocent state, and it is their environment or the influence of dark forces that drives them to evil. By setting the proper example, and working to heal the wounds of a deeply flawed world, you can set anyone on a righteous path.”

Kero charges her again, this time piercing through the leather armor on her shoulder. She lets out a gasp, but jerks backwards and hooks a leg behind his knee, causing him to stumble and providing her an opportunity to escape once again. Once Kero ragains his balance, Valda dashes forward and their rapiers clash.

“Change takes time. Those who have walked the path of the wicked must be given reminders to keep them honest and true. Once you have planted the seed of righteousness in a creature, you must work day after day to allow it to survive and then flourish.”

The two continue like this for some time, blades piercing through the air, bodies jerking one way or another. Eventually, however, Kero oversteps out of frustration, and Valda disarms him with a flick of her wrist. Her blade rests against his neck, and his eyes burn with rage and defiance, but more so, a deep hatred. Time and time again she had tried to convince him, despite the bodies left in his wake, despite her loved ones he had hurt. And now, once again, he threatened the safety of her clan. He would bring them to ruin over hatred and revenge.

“Your heart and mind must stay clear, for eventually you will be forced to admit defeat. While every creature can be redeemed, some are so far along the path of evil that you have no choice but to end their lives for the greater good. Any such action must be carefully weighed and the consequences fully understood, but once you have made the decision, follow through with it knowing your path is just.”

There is a challenge in his eyes, and he does not speak. His gaze betrays no fear of death. Valda’s muscles tense, her breath catches, and she rushes forward. Straddling him from behind, she drops her rapier and instead pulls her daggers. He struggles to push her off, but she works fast. She doesn’t even notice the tears rushing down her cheeks as she makes quick, meaningful cuts, wincing at his muffled cries of pain. Then, she stumbles back, looking upon what she had done. The slices exact, into his spine.

“What have you done?!” He screams in rage and tenses his hips, trying to push his body up. The muscles in his arms ripple with effort as he turns himself over, legs limply moving with his torso. Valda watches as his eyes widen with realization that he is paralyzed from the waist down.