Poisoned for the sake of what exactly?

Penelope and her friends are known as the schools, "worm nerds", after one fateful day in 3rd grade. Being in school in the early 90's is hard, especially when you embrace your character that your school has written you into. The prospect of something new and daring is always exciting, but is it worth the possible poison? 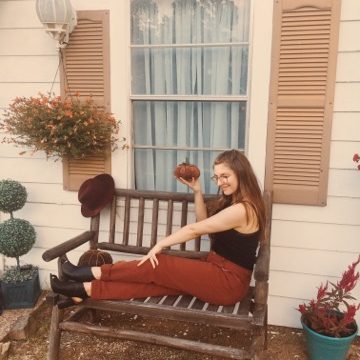 I didn’t mean to betray myself. I didn’t mean to actually make the choice of them or I. I didn’t mean to go against the characteristics that have made me proudly myself since 1981.I’m Penelope Hopkins, I wear frilly socks, read way too many books, have a solid friend group known as the worm nerds, and have the hair of a mop. I’m obviously not in that circle of “cool kids”, I’ve embraced that at this point. My group of friends is a handful of people, we’ve stuck together since the 3rd grade. We are called the worm nerds because of a science project gone wrong. You should know, school is tough. Yeah I know you have heard it before, but it’s tougher when you go out of your way to stand out. That nickname has followed us through 7 years of schooling. It all started in Ms. Fieldman’s 3rd period class, it was near the end of the year and we were dissecting worms. I ask you this, why worms? I have no idea, Ms. Fieldman was a fickle woman, she wore a roach broach to school everyday. Why roaches? The class began, she had been talking all week of the dissection. She passed around those metal trays with that sad worm laying there. Ready for us to examine him, and learn what we could. I stared down at that worm and watched around me as every student seemed to just dig into this experiment, seemed to love to dissect this creature, to talk bad about it, to hurt the worms feelings and have no interest that it was once a happy little worm eating dirt. I felt a connection to this worm, I felt a connection as I felt dissected everyday I was around these sicking people. They dissect what I wear, my friends, my family, my character. Harper, my best friend, plainly was shy and a little dumb and didn’t want to make the first move so she stood there just doodling in her notes, drawing a worm. The teacher had been speaking to us for a good five minutes and we had not noticed. The class decided that we were in love with the worms and had decided to make them our mates for life. We were worm women instead of cat ladies.