Plot Twist: You Just Got Poisoned

A girl good at surviving in a fight has to survive the ultimate test... social graces. 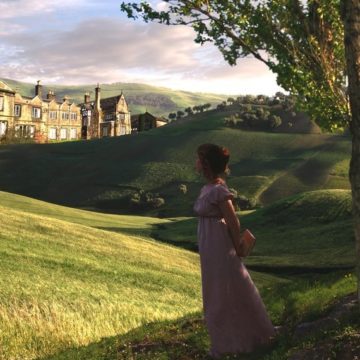 End of Summer Contest (As soon as I took a sip, I realized it was poison)

The whole point of living, is not dying. With that in mind, you will wonder why in the world I decided to enter The Competition… where it is likely that you will… die. But, I will have you know, I can spot a poisonous plant from a mile away and I know my way around a knife. So don’t you go worrying about me.

The Competition is a yearly event put on to entertain the public. Think Roman Colosseum and you just about got it. Except you never know how The Competition will be fought until you step into the circle. The prize: all the debt you wracked up in college is wiped away, never to be seen or spoken of again. Yeah, so now you see why I decided to take my chances this year.

Carol Summerset, I signed my name for the hundredth time this morning. The legal papers stating no one but myself is responsible for whatever happens during The Competition. Fine.

The day eventually came. And I was ready… right? About twenty other people walked with me to the center of the arena, waiting for what type of competition we would be engaging in. What popped up on the big screen made my face go white.

The competition was not waged with daggers and poison, but words and social graces, and I was not great with those.

With no preparation and no time to react, the announcer leaned into his microphone. “Begin!”

The girl next to me instantly ran for the table with all the lace fans. The dude to my left nabbed the cravat. I reached for a fan just like the other girl was doing but I had no clue as to it’s importance.

Suddenly, a girl named Caroline walked up to me, flapped the fan in front of her face and gave me a stare.

“What… what are you doing?”

And with that, she turned around. Ok miss… sooo scary.

I glanced up at the score board and realized my points had decreased. What the heck did she do to me?

Music began playing and the boys in the group started reaching for dance partners. I ended up alone on the side like the wallflower that I am. My points decreased further. Darn. Apparently not being chosen to dance is the greatest diss in the history of the world. So I just stood there, fan in front of my face and stared.

Next a big table showed up with food on it. Here is where I got wary, because this is where you could easily get poisoned. We all sat and began making conversation. That same girl, Caroline sat next to me.

“So… Carol was it? how did you like the dance?”

“What a shame… do you think it’s because you have such a… cold personality?”

The score board showed her points decrease. Oh, so all I had to do was passive aggressively diss people? Got it.

Everyone seemed to be eating with no ill effects so I hesitantly grabbed a nearby scone. After thoroughly smelling for poison, I ate it. Man, I didn’t realize I was this hungry. But the scone started sticking to the roof of my mouth. Desperate for relief, I reached for the tea. As the first one to do so, everyone stared at me with a desperate intensity. Even though the competition said no poison, everyone was still on edge. I put the cup to my lips and drank deeply. As soon as I took that sip, I realized it was poison.

Then it all went black. Hey, at least I don’t owe student loans anymore, right?