Prince Will is in for a ride when he gets kidnapped by an unsuspected stranger. For the end of the summer writing contest :) 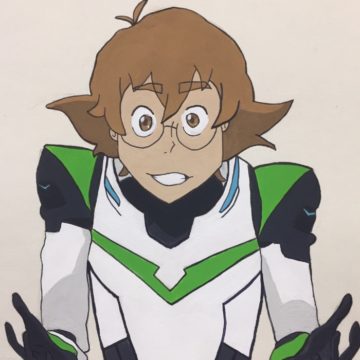 And that’s when I realized, I was was poisoned. I was out on the town as people tend to do and I was poisoned. Not quite sure who I was poisoned by but it was definitely poison. I felt it as soon as I took a drink. It was from the Blackthorn flower which paralyzes its victim for a short period of time. Luckily I made it to the back alley before I lost feeling in my legs. I stumbled to the ground and laid there helpless about a minute before I blacked out.

I woke up. I was in a room shackled by hands and feet to a wall. I was also gagged. There was also a girl in the dark corner that looked up when I finally came to. She got up from the chair and swaggered towards me. She was then inches from me and pulled a knife out of thin air. “Your eyes are exquisite,” She whispered. “Definitely a Laqueis.”

Then, she took the knife real close to my face and cut off the gag. She saw me about to yell and took the knife to my throat, “No one can find you here, so save yourself the breath.” With a quick swipe, she made the blade disappear.

As soon as I thought it was safe I spoke, “What do you want with me?”

“I want revenge. Your father killed my entire family line. I’m the only one left. And why did he kill them? Because they told him off for his cruel ways. And now I’m going to use those same cruel ways on his son.”

“I’m much much worse Prince Whilliem.”

I wasn’t quite sure why this woman was doing this. I knew that my father killed a lot of people because of them rebelling. But no one had put this much thought into avenging the ones they lost. She was an interesting person. She had long silver-blonde hair, a pale complexion, and gray almost black eyes which were very uncommon in all but one family. The Sharams, and the only Sharam that escaped execution was Karene.

She arrived later with a plate of food. She tossed it on the table in the corner and came to unshackle me from the wall. After she did that I shuffled to the table and sat down. Then I asked, “is there any more poison in this food?”

She smirked and replied, “You really think I’d kill you with poison? Please, It’ll be much more painful than that.” She then propped her feet on the table.

“Then you are intending to kill me then?”

“I’m not sure yet. I’m between severely disabling you and killing you brutally and leaving you on the castle gates.”

“And if you go with the first one what will become with me after that?”

She once again chuckled to herself, “I will break your hands so you will never write or use a sword again, then blind you so you must be watched closely, and cut out your tongue so you won’t be able to lead these people. And then return you to the king for a ransom and, claim I found you crippled.”

“Oh, I see. I have an alternative, for mainly my sake of course.”

“I will give you a fortune, big enough so you will never have to work again. Also, a pardon for whatever else you have done, and the old Sharam family house. On top of that, I guarantee you protection as long as you don’t do anything too stupid.”

She looked at me with a straight face but I could see the gratefulness in her eyes. “On one condition. I need a kiss. From you. Mainly just so I can say I’ve kissed the prince and not be lying, also I haven’t had any fun for a while.” Karene said with a wink.

I had kissed my fair share of girls but this one was going to be one of the most important ones as I was doing it for my life. She left the room for a moment and came back with a change of clothes for me. She left again. Karene entered the room once again just as I slipped on my pants. I was still without a shirt though. She was wearing loose pants and a loose shirt that exposed her collarbone. The girl swaggered towards me and tangled her hands in my curly brown hair before brushing her lips against mine. I shuddered wanting more. I caved in and slammed her up the nearest wall. I was a wild animal and she was my prey. Before long we ended up on the bed not knowing where one ended and the other started.

Between breaths at some point she spoke while playing with my hair, “how did you know I was a Sharam?”

Her eyebrows went up in realization. She then tackled me seemingly satisfied tackled me and undid my entire being with more kisses.

We ended up falling asleep. I woke up at dawn realizing I just kissed a pretty much stranger and slept her. Luckily my pants stayed on but I did have quite a few new marks on my collarbone. I got up and put on a shirt and did my best to tame my hair. She woke up a while later and got ready in a quiet fashion. We didn’t eat. We walked back to the palace, turns out we were in the city the whole time. We walk into the throne room. We find my father there. I explain what happened. I give her the reward and a farewell. She says one thing, “thank you.”