My entry for the End-of-Summer writing contest! Prompt: I think my new tattoo is haunted. 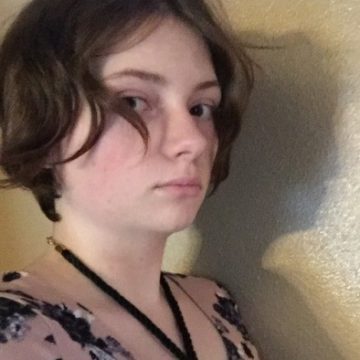 Cynthia had her feet in the day’s wishes. The water was a welcome contrast to the heat on her back; pleasant at first, like a distant relative’s aching embrace, but relentless. Beside her, Margaret lay stretched out on the stone, her attention fixed on the few clouds moving in lazy formations beyond her reach. The city of Providence bustled around them, tourists and locals alike racing from one air-conditioned slice of heaven to another. They were experiencing an unusual heat wave, one that peddled cool drinks and sunscreen on every corner. Dogs panted, mothers fanned themselves with magazines, and the ice cream parlors made their fortunes. Elderly women sat beneath misters, exchanging the summer’s hottest gossip and sipping artisan lemonade. They were smart; they knew a day such as this was best spent in leisure with good company. Cynthia was smart, too.

And despite how much she enjoyed Margaret’s company, the idleness of the day was making her restless. They had no errands to run, they’d already had lunch at a quaint cafe, and neither of them were due at work until the morning. She swirled her feet in the water, creating a little wave that rose to brush Margaret’s bare arm. Her darling flinched, squinting at the culprit.

Cynthia licked her lips, settled on her course of action. Margaret loved stories. “I think my new tattoo is haunted,” she said, trying to feign utter seriousness. She lifted her arm, revealing the ink in question: a stalk of leaves topped with two bright pink Camellias peeking out from beneath her rolled-up sleeve. It was the first of many. She had a mind to get all of her favorite flowers tattooed until her body resembled a garden the likes of Alnwick Castle.

Margaret laughed. “Mon dieu, you are ridiculous. You need to get out of this heat.”

“No, really! Would I lie to you?” Margaret’s lips formed a sweet smile as she shook her head in disbelief, amusement glimmering in her eyes.

“I was riding my bicycle to meet you at the cafe when I heard it say ‘turn right at the end of this street to get a lovely gift.’ I did, and there was a florist handing out free roses to advertise her new shop.” As she spoke, her voice grew in confidence, infused with a theatrical manner. Margaret sat up on her elbows, her curiosity caught like a cat in a patch of sunlight.

“Where is the flower now?” Margaret always challenged her stories, encouraging her to connect the pieces in some spectacular show of ingenuity. “Well,” she started, searching the plaza for a cue. A young man, perhaps five years her junior, sat on a stool with his feet propped up on a guitar case, tuning the instrument. She assumed he must be rather popular, for he had already gathered a small audience. “I was going to give it to you, but the Camellia spoke again just after I passed the soldiers’ and sailors’ monument. It pointed me to a young man trying to raise enough money to secure a spot at one of those music clubs.”

“He had a lovely voice, but his playing needs a little work. I gave him a few dollars and the rose. It’s so important to encourage young dreamers, you know.” Margaret nodded in agreement. “Oh, of course.”

They fell silent, looking anywhere but at each other, waiting for inspiration to sweep the story up in its arms.

“It must be a kind ghost if it’s telling you about these things.”

“Yes, I think you’re right. I heard the building used to be a dance hall before it became a tattoo parlor. Perhaps it’s the ghost of a young, lovesick girl.”

“A debutante with a sweet name like Bonnie or Violet.”

Margaret moved closer, casting a glance around them before she put her hand on top of Cynthia’s. “I imagine that there was a war going on, and she fancied a woman who was about to go off and be a nurse on the front lines. She couldn’t go herself because she was sick with some affliction of the times, but she desperately wanted to be with her beloved.” Margaret was excited now, filled with the giddiness of relating such a tale, and Cynthia found herself enchanted by her zeal.

“She was a romantic gal, so she gave her brave lover one last gift before she left: a pink Camellia to signify her affections.” She punctuated the last words with a tone that conveyed just how pleased she was with her neat story weaving. Cynthia, having one hand occupied, clapped the other against her bare thigh. As always, she was delighted and impressed. She could start the story, but Margaret had a talent for taking Cynthia’s threads and spinning them to gold.

“Oh, I think she wants to say something now!” She put her head on Cynthia’s shoulder, brows knitted in concentration. The floral perfume of her hair wafted up, reminding Cynthia just how long it had been since they were able to be this close.

She stayed there for a moment, then drew back with a gentle, yet remorseful expression. “I’m sorry, Violet, but my Camellia belongs to someone else.” Cynthia suddenly felt concerned about the fictitious ghost’s intentions. “What did she say, Margaret?”

“She asked if I wanted to meet her in the cemetery for a picnic later this evening,” she paused, interlocking their fingers and squeezing slightly. “But I’d already planned on asking you to dinner tonight; if you won’t be busy befriending ghosts, that is.”

She smiled. They always made each other smile by the end.