Macy was just having some fun with her brothers when everything suddenly changed. 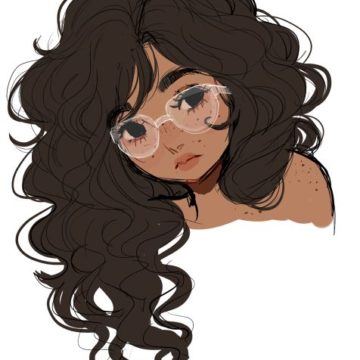 “Oh come on! I was so about to beat you at there!” Alex shouts at Macy.

”Don’t worry you’ll get me next time” Macy replied at her younger brother’s antics.

Her little brothers were going to be the death of her if she kept laughing at how dramatic they were.

“NO!!! I’ll beat you guys! When I grow up, I’ll be the Super Smash Bro Champion!!” Max shouted in an excruciatingly loud voice at his older siblings.

Alex laughed and turned to his brother and retorted, “Not with those scores. If you want to get better go Master Macy because apparently she beat me.”

”Oh come on, it’s because I’ve played this game with you so much that I know every single move you’re going to make” Macy answered.

Macy adjusted her glasses a little and shouted, “Coming!”

Then she told her brothers to just keep playing without her and she left the room. As she walked down the hallway, she glanced at the pictures hung up on the walls. She glanced at the pictures from the past few years. The 12 year old girl thought about the time they all went to South Carolina’s beach. They had buried their dad in the sand and it took them ages to get him out. She chuckled a little at the memory.

Then her blue eyes wandered towards the one time it snowed really heavily and they all went outside to make a snowman. They ended up all making their own snowman making a sort of snowman version of their family. The photo showed each one of them grinning with all their might next to their personal snowman. She smiled fondly at that picture but, was quickly snapped out of it when she heard her mom call her again.

When she entered the kitchen she saw her mom and dad standing next to each other with tired, sympathetic looks on their faces. Just their expressions worried her because, if something was bothering her parents this much, something must be terribly wrong. A sudden bout of nervousness overwhelmed her and she felt confused about it but, she proceeded to ask what was going on.

“You see dear, you know how your father is a military officer right?” her mother began.

”So, my boss has decided to send me to a base in Wheeler, Hawai’i. Were, were moving in a month Macy” her dad finished cutting the chase.

Macy stood frozen for several seconds as hundreds of thoughts ran through her head.

“What! This can’t be happening! Why didn’t they tell dad sooner! Why now!” she thought.

Then Macy snapped back to reality and began protesting, “But we haven’t moved since I was 5 years old! Why would they wait so long to move us! How am I going to say goodbye to our home! And Hawai’i! How will we visit the rest of our family! It’s an island in the middle of the Pacific Ocean!”

”I don’t really have much of a say of where we go Macy, I only get a few options and Hawai’i appears to be the best choice right now. As for why we haven’t moved, some soldiers and their families move more than others. We were just lucky that we have only moved two times in so far. Others move much more than that.” Macy’s dad explained.

Macy realized that her dad was right so in acceptance of her fate she said “Okay” in a dejected tone.

After she headed to her bedroom to begin packing a little. She had to clean her room anyway so she might as well start packing a bit. She couldn’t believe how soon her world was going to change. In about a month, this house would no long belong to her family. It would belong to some other stranger. Never to be seen again. The place where she spent her years in elementary school.

Macy paused her packing as her grief became too great. She dropped to her knees and started hiccuping as her eyes began to overflow with tears. Through the tears she heard her parents talking again.

”They must be telling Alex and Max” she thought while trying to muffle her sobbing.

She stayed in that position for what felt like hours(but was really a few minutes) when her brothers came into her room too. Macy quickly tried to wipe away her tears when suddenly, Alex and Max both dropped to her sides and hugged her while they started tearing up as well. Their parents came in soon after and they all simply hugged in the midst of the tears for a while.

Strangely enough, Macy started feeling a little better and said jokingly, “Hey maybe this is the start of something great.”