Sometimes truths are sad. That does not mean they need to be ignored. This short story discusses the life of a very troubled individual who loses a lover to AIDs. Like most of my work— it is based on a true, personal story. I would love to believe that stories only have happy endings, but that is sadly not the case. It is my hope that you enjoy this piece, and hopefully gain something from it. 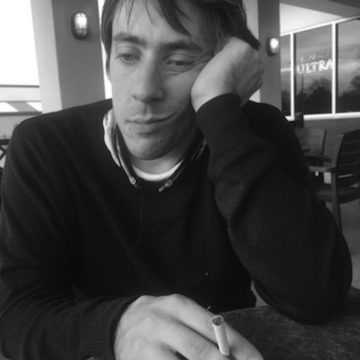 I guess what bothers me the most is knowing that I will die with nobody batting an eye. Perhaps that sounds selfish, but the idea of dying alone has made me a regular customer at this bar. The only person who might notice my absence is the bartender that I tip generously. There will be others that will tip graciously, and in time I will be entirely forgotten. Is this God’s way of punishing me for something I now believe might have been my own choice? Or perhaps that is the liquor talking. It is at this bar that I meticulously toy with my drinks day after day. The bartender will sometimes try to strike up a conversation by asking, “Why so sad.” I just smile at him and say, “It isn’t anything that a night of drinking won’t abolish.” I am lying. Memories turn through my head like a photo album… Heterosexuals have the privilege of relying on their children, while I— I have nobody to depend on— nobody. I know there will come a day when I reside in a hospital bed, completely and utterly alone. Being alone in those moments is what scares me the most, and I have been alone most of my life. Even in bars— surrounded by alcohol hungry customers, as conversation flows carelessly into the air like cigarette smoke— even then— I feel alone. My mind always replays the footage of the only person that understood me— the only person I loved— the only person who never left me on the roadside. I never felt alone with him…

It was at a gay watering hole in Baton Rouge, called Splash, that my life would change forever. Splash was a sleazy two-story bar with a dance floor. The music was always intoxicatingly loud, and you had to shout to carry on a conversation. It was the mid 80’s, and this is where I found the love of my life. He was a well-built man with untamed brown hair poking out from beneath his baseball cap, but it was his cute boyish grin that pulled me in his direction. I was 25, and I too was gorgeous. Past lovers always said that my most intoxicating quality was the spark of life they saw in my blue eyes and so I cast my gaze his way along with a friendly smile. The two of locked eyes for a long moment and a chill of excitement ran through me.

I sat next to this stranger with the handsome smile, kind face and tight jeans that outlined his sensationally fit figure. He was clean-shaven, with a pair of frisky green eyes.

“I am Max,” I said, and he tossed a curious gaze my way and smiled.

“I am Charles,” he responded, and then, as if he had done it a thousand times, he smoothly told the bartender to fetch me a drink. “Make that two drinks,” he added. “Dirty Martinis.”

“I am new to Baton Rouge,” Charles said, as he placed a cigarette out in a dark green ceramic ashtray.

“Perhaps I could be your tour guide?” I replied as a smile arose on my face— my words were thick with lust. I wanted to tear off his clothes and throw myself at him. That was what Splash was about— Lust. In fact, in the mid 80’s much of the gay community was founded on this principle.

The two of us would talk as the evening edged forward. Several drinks later and countlessly smoked cigarettes, we proceeded outside of the bar. My ears were ringing from the loud music, and we were both drunk. Charles had invited me to his apartment. The two of us got into his car, and off we drove— into the black of night. What would initially be a one-night-stand would turn into something much more significant.

Years would flip by before I found myself sitting by his hospital bed. Charles had contracted HIV before I met him, and in the last year of our relationship, it would progressively worsen until he had full-blown AIDS. Medicines were no longer helping him. I could not help but let my mind drift back eight months ago as I looked at his emaciated body. It had only been that long ago that we were celebrating our 7th year anniversary. Everything was normal eight months ago. I remember the glow on his face as he watched me unwrap my anniversary present. When I opened that box, there was a note, a rose, and a first edition book of poetry by Robert Frost. I hugged him so hard that he fell atop the couch, and the letter he wrote, along with the present, would be forever treasured in my heart. I carry it in my wallet to this day and can recite it word for word:

Max, you and I breathe life into each other. We were made for one another, and you are the purest soul I have ever known. Our life has only begun, and there is no man I would rather battle with through life. I promise you that I will spend the rest of my days dedicated to making you as happy as you make me. I don’t know what life will bestow on us, but I know that together— we can make it through anything. I love you. Happy Anniversary,

While we loved each other dearly, we fought as good as we loved. These fights would always end with my head propped against his shoulder while we watched television. At the end of the day, we always were at peace with each other. As I looked at his pale face, his body hooked up to monitors; I knew he was about to die, but I had not yet come to terms with reality. I was praying that any moment I would awaken in my bed next to him. Just a bad dream. The doctor would mosey into the room and offer me a prescription of Ativan. I declined.

The doctors would administer massive dosages of morphine to combat his pains, and I was told that he didn’t have much longer to live. When I looked into his once gleaming blue eyes; his once smile bearing face had faded away. He had a smile that added sensational comfort to my heart and I would begin to realize that this chapter of my life was closing. In that hospital room, I thought a lot about life, and how cruel it was that the man I loved was being taken away. Perhaps that was a selfish thought— he was losing his life, but the reality would be; both of our lives were ending.

“Max, I love you, you know,” I remember him telling me as his eyes blinked lazily. The morphine had generated this sloth-like behavior as he spoke slowly. The two of us had met at Splash, and here we were, after seven years— His hand would be clutched in mine as death approached. My family members would always tell me seven years did not categorize as a solid relationship. They would say that I had gone down the wrong path, and frequently use condescending remarks for my lifestyle choices. Every time I complained about this to Charles, he would smile at me and say, “We know the truth. You know the truth. People are scared of what they don’t understand.” Charles always knew what to say to lift my spirits. He had been a reason to get up in the morning, and a reason to return after work. I would count every moment that I spent at my job— awaiting the commute home, to open our apartment door and take a deep breath of the cooking dinner.

Now I was beside him in the hospital room as I watched him vanish from this world and from my life. I remember one of the very few lucid comments he made— “Max, did you get in touch with my parents?” Charles asked. I wiped the tears that were beginning to gather in my eyes.

“Yes, Charles— they will be here any moment.” It was a flagrant lie, but I didn’t have it in me to tell him the truth. His father told me, “he **** well deserves it for turning his back on God.” I was all he had, and he was all I had.

The doctor came into the room while Charles was sleeping and told me that he was likely to die in the next few hours. After he left me alone with my lover I would place the chair close beside his bed and lay my head against his shoulder. When I awoke— Charles had passed away. The times we had snuggled— his arms wrapped around me, my head tilted on his shoulder— it was all in the past… I would give anything to snuggle with him one more time and although the happy days I spent with Charles would disappear— his memory would never leave me. I have never been sure that the memory is worth having because I would mourn his death for the rest of my days.

I have ended every day since his death the same— consuming alcohol until I am in a drunken stupor. Sometimes people will approach me with overbearing interest, but I don’t react to it. I opened my heart once, and look at what I have become. Perhaps I am a cynical queen— I don’t know. What I do know is that every night, after drinking away my troubles, I return to my house where I lay blitzed onto the bed. There is not a night that has passed that I don’t look at the kitchen and wonder when Charles will come to bed and wrap his arm around my torso, while I lay my head against his chest and feel the steady beat of his heart. It takes several moments for it to dawn on me that he won’t be coming to bed. As the realization surfaces, I become aware of how cold the bed is without him. The apartment is eerily quiet, and I take a picture of him on my nightstand and look at it until my eyes grow heavy. Although he passed long ago, I still sleep on the left side of the bed. As I fade to sleep, I imagine him lying next to me. I imagine the warmth of his body, and I place my hand over my own heart as I feel its beat. Before long I am whisked away into an alcohol-induced sleep but I will awake the next morning, and the day will repeat itself.

NON-FICTION BUT INTERESTING NOTE TO READER:

This is based on a true story but it did not happen to me. This occurred to man I met in a local bar. We became friends and he shared many sad stories. With his blessing I was given the right to share his experiences with the exclusion of his name. I did use some creative license to write the story but the events, and the outcome of this story are true. He is currently not in my life and I would be to scared to guess where he now is.