A short story about a seemingly haunted tattoo, and the possible explanation behind its strange behavior. 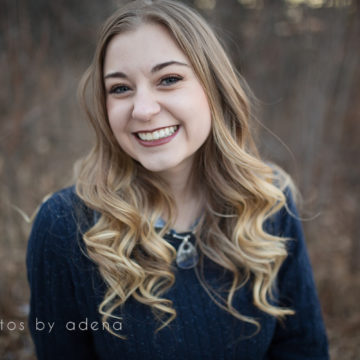 I think my new tattoo is haunted.

I’m not entirely sure how to explain to you why I think it is haunted, but the strangeness surrounding it since I had it etched permanently into my skin three days ago seems to suggest to me that it probably is. I know what you’re thinking: okay, but logically, how does that make sense?

Well, logically, let me try to explain it you.

We must first understand that haunted does not always entail a supernatural presence. To be haunted by something means to be consistently reminded of it. For example, someone could say that the first failing grade they received in elementary school has haunted them into their adult years and defines the beginning of their pursuit of perfection (which, ironically, will inevitably fail as it is an impossible standard, but I digress). Now, what is happening with my tattoo…something about it does seem supernatural, but I do not believe there is a ghost stalking me or anything of that nature.

(Or perhaps there is and I just haven’t noticed them yet, but I’m trying not to think about that. The tattoo is weird enough.)

The thing about my tattoo is, it keeps changing. Not dramatically, but every day I notice subtle differences. I suppose it is here that I must tell you about what the tattoo is.

I am a worrier. It is engrained into the very language of my being. Whoever programed me and set me running made sure to punch in the formula for “prone to stress” and “desire for control.” I like things to be in order. I like them to be neat. I have a hard time when scheduling and routine cannot solve a problem or don’t fit a necessary daily activity. I need structure. I thrive in structure. And I’m learning to love this about myself, but you see, it has also been detrimental to my health. I push myself too hard. A few years ago, I pushed myself so hard that I ended up in a hospital bed. You would think that would have been a wakeup call, but it wasn’t. To this day I am so ashamed to say it wasn’t.

The wakeup call came with the death of my grandmother. She had always taken careful notice of my tendency to stress, and she always liked to quote those lines from Hamlet about the providence in the fall of a sparrow. Essentially, it’s an ode to the idea that worrying usually doesn’t accomplish much but making the person worrying even more worried. So, the times when grandma noticed how deeply I was sinking into my anxiety, she would quote that passage to me. It ends with a simple admonition: “Let be.”

When grandma died six months ago, I began to realize how much I needed her voice in my life. The sorrow of her passing still holds sway over me, but I want to honor her memory by being better. So, three days ago, to honor the wisdom she imparted to me time and time again, I got a tattoo of a sparrow feather with those two words: let be. It will eternally rest upon the inside of my left forearm.

Or, so I thought.

Because the day after I got the tattoo, I woke up and the font was different. I thought maybe something was wrong with the ink, or that I had smudged it somehow, but that seemed like a stretch. I called the tattoo artist to double check that I was taking care of it like I was supposed to, and everything checked out. I was following perfect procedure.

So why was the writing different?

I specifically had the artist write the words in my grandmother’s hand, and when I woke up, it was different. Still cursive, but it wasn’t her cursive. So, I began to worry. And then I remembered that it wasn’t going to do anything, and so I tried to let be.

And then I woke up the morning after, and the feather was different too. Grandma’s hand had returned, but now, instead of a sparrow’s feather, it was a delicately drawn daisy. Pretty, but certainly not the tattoo I had received two days previous. I’ve been wearing long sleeves to keep it from the eyes that know what it’s supposed to look like, but I feel like its staring at me from under the fabric of my sweatshirts. I don’t know what to do.

I do have a theory, but it makes me feel crazy. Perhaps I am. Perhaps this is my grief muddling my head all over again. Perhaps getting the tattoo has only reminded me of the pain I feel in her absence and the strength of that sorrow is making me see things. I know it’s not impossible. I’d like to think it isn’t happening to me, but it could be true.

(I think my tattoo is changing each day.)

Alas, here the logic. (If this counts as logic; I can’t be certain as of now.)

You see, Hamlet was written sometime in the 1600’s, and a lot of people know it and quote it and have sworn by its lines. I know this speech about the fall of the sparrow and letting things be is a well-known maxim. So, I’m thinking, somehow, that the souls (maybe?) of those like me—the worriers—are molding it to fit their experience. Like the daisy: I’m not a fan of daisies, but some people are. Perhaps there was a worrier who found peace in daisies. Perhaps this is grandma using the spirits of others like me to give me a daily reminder to let be. Perhaps she knows that if it changes enough, I’ll have to look at it every day, and I won’t be able to ignore the message.