A short narrative about a trip into the imagination, and an encounter with lost person 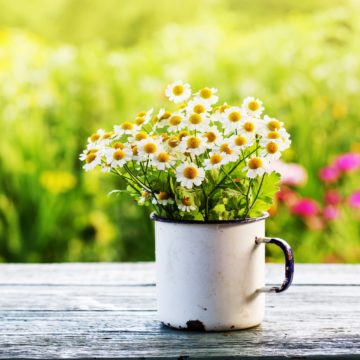 It was in Acting Intensive 2, my freshman year at Wasatch, that I had an experience like no other. It seemed like an ordinary day enough, I had dance and English before it, and I was looking forward to going to Café Rio for lunch with my family. We had just done some theatre exercises, when Ms. T. got really serious. We all sat around her on the ground, while she spoke to us about de-characterization, which is when you take the time to stop thinking in character, and being your character, to going back to just being you. “Sometimes you can get so immersed in the play, the moment, and the character, that is can mess with you mentally, and you can start to feel depressed, because you are living your life as your character. This especially happens if you play a hard scene, like a fight scene, or a death scene.” She said, as she then instructed us to lay on the floor, in several different positions, and just breathe.

We turned off the lights and focused on how we felt sitting on the floor, how it felt to breathe, and how it felt to simply be. After about ten minutes of that, she started to narrate a place. I become lost in a journey Ms. T. was describing. With each breathe we would float into the air, and with the next we would soar a little higher. The cotton-candy blue sky, and the rush of air moving beneath me was exhilarating. The sun tasted sweet on my pale winter skin, and the world seemed thin and fragile. How she made us feel like we were flying, with our backs to the ground, and our eyes shut, I will never know. After a while of lying on the lamby clouds, we floated back down to a meadow. The meadow was full of wonder. We got up and strolled through the flowers and the tall grass. The flowers were a deep violet, with the grass pale yellow, turning pink in the afternoon sun. There was no trail, but in the distance, we could see a forest. We walked into we came to a forest, with the pine trees so tall, I could just catch glimpses of the sky and sun. The green of the trees was dark, but not ominous. More like when the curtains fall on a stage, or when your mom closes the door at night to your bedroom.

The path was soft, earthy smelling dirt, with pine needles all around. They crunched rusted orange as I stepped on them. I could hear the wind in the leaves, blowing softly as the time passing. I walked through the forest, until I came to a clearing, a cliff. It was a look out over an ocean. The rock on which I sat was hard, tinted red, and faintly warm in the dusk. I could feel the sturdiness seeping through my clothes. The breeze blew in my face, blowing my hair backwards and tangling it, and the waves crashed up on the rocks below me. The sun was starting to set, and I breathed salt and sea.

Suddenly, the person who I had wanted to talk to most in the world, was standing behind me. I hadn’t turned around, but I knew who it was. Grandpa. He walked up behind me and sat close beside me. We started having a silent conversation, one without words. I grabbed his hands. We sat for a long time, watching the waves and the sun set. Then, he had to go. No, not again! Don’t leave me! Please stay! I was supposed to say my goodbye, only a temporal goodbye, before he left. I was supposed to say what I had wanted to say to this person, the thing I wanted to say most in the world. I was crying so hard, my chest hurt, my heart was aching. Tears flowed like a passing monsoon down my red cheeks. He left.

Although I was hurting, I knew I was not alone. I was not walking by myself, the Healer and Comforter of creation, was beside me. I walked back through an almost dark forest. Fireflies buzzed around, like tiny amber lanterns. The pink grass turned a faint purple, and the flowers waved at me. I took back to navy sky and floated among the stars. Before I left, to go back to my world, I was to visit the one place I wanted to in the world. I went to Las Cruces, New Mexico. I went to my grandparent’s house, a place I haven’t been in over two years. I walked in the garden, laid down the carpet, and slid on the tile. I climbed the big oak and swam in the pool. But it was empty, Grandpa wasn’t there. Suddenly, that awful day started to repeat itself. I began remembering things, that, for so long, I had tried to forget. The tears returned, just as the rain is never truly gone. But gradually, the dream started to fade. Slowly, I opened my eyes, and returned to reality.

I have never returned to the figment of my imagination before. I am scared of what I might find. I scared that my heart will hurt again. But I have never forgotten, the beautiful land I visited, nor the encounter of a life time. I will never forget meeting the One who comforts all who trust in Him, because He is not a hallucination of my dreams.