If you like thrillers and fantasy novels than this is the book for you. Come along with Ashley on her adventure to find what she is really meant for! 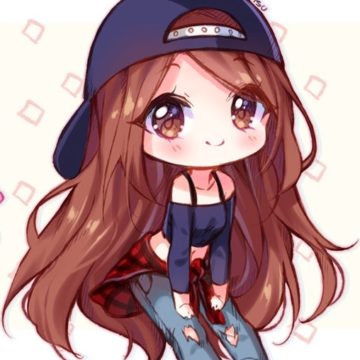 “What happened?” Said Ashley, waking up on the floor. Ashley looked around to see her best friend lying on the ground beside her with his eyes closed. “Keith!” yelled Ashley as she shook him. “wa…what’s going on? Wait… where are we!?” Said Keith. “I don’t know.

You scared me for a second. You looked dead.” said Ashley. Both Ashley and Keith looked around. They were in a shaggy old house. It looked as if it could have survived World War Two. The house has hardwood floor with popcorn ceilings. The walls were covered by tree wallpaper. They were in what looked like the living room. There was an old brick fireplace and up on the wooden mantle were some picture frames.

Ashley looked at a picture behind some broken glass from the picture frame. It was a picture of a fairly old couple with two kids. One kid looked like a twenty-two year old boy and the other a twenty-four year old girl. As she looked more closely at the old couple she realized that the old woman in the photo had her light green eyes and the same scar on her forehead as her. The old woman had shorter hair and it was dark gray.

She then moved to what looked like the kitchen. It looked like nothing had been used in years. The kitchen appliances were all a silver, black color. The cabinets were made of oak wood and the kitchen had marble countertops.

Keith went down the dark hall looking for a door that leads out of the house. He opened the first wood door. It was a guest bedroom. There is an old, dusty bed in the middle of the room. A dresser was on the other side of the bed and a nightstand is next to the bed on the side closest to the door. Where the foot of the bed is, there’s a closet. He shuts the door and moves to the next one. The next door leads to the main bedroom. This room has a bed at the far left corner of the room. On the far right was the dresser. The closet sits on the wall where the door is. There were a few odd paintings of animal people hung on the wall. A nightstand was placed on the side of the bed.

Keith saw something on the nightstand and went to see what it was. On the nightstand was a photo in a frame. It was of a couple at their wedding. When he saw the picture he thought he was seeing things. “Ashley! You might want to see this!” yelled Keith. Ashley came down the hall into the room. “What is it?” asked Ashley.

Keith handed her the photo. “Oh my god! Is that us!?” asked Ashley. The photo was Keith, who was in a tuxedo, kissing Ashley, who was in a wedding dress and veil. “I don’t know?” said Keith. All of a sudden, out of nowhere, a beast with big yellow eyes, baring sharp teeth and claws, jumped out of the closet and leaped onto Keith.

Ashley screamed in fright. The creature looked up at her kneeling over Keith, as he was trying to struggle free. “ASHLEY! RUN!” Yelled Keith. Ashley started running down the hall. She found the door to the outside all the way at the other end of the hall and ran out. She ran to the neighbors house and pounded on the door. “Please! Help me! A scary creature just attacked me and my friend! He’s still in the house and the creature is following me!” yelled Ashley. A women opened the door.

But she wasn’t an ordinary woman. She had magenta eyes and looked like a human gorilla! Ashley screamed again and backed away. She was standing in the middle of the neighborhood loop. All kinds of scary creatures were circling around her. “KEITH!!!” She screamed. All at once the creatures pounced on her.

“PLEASE DON’T KILL ME!!!!” She screamed, sitting up in her bed, heart racing. “Calm down Ashley. It was just a nightmare, and a pretty bad one too. You were tossing and turning like crazy, you kicked me in the face, and who’s Keith?” Asked Diego reassuringly. “What?” Ashley said, sighing in relief, “It was just a nightmare.

Oh, Keith’s just an old friend. Hey, hon, do you think you could get me a glass of water?” Ashley asked. “Yeah, sure.” replied Diego. Diego went downstairs and brought a glass of water up to Ashley. “You ok?” he asked concerned. “Yes, I’m sorry I woke you. I know how much you need your sleep, especially since you have that audition tomorrow.” said Ashley. “Oh, it’s ok. Let’s go back to sleep now,ok? I bet you’ll feel a lot better in the morning.” said Diego. “Ok” agreed Ashley.

Both Ashley and her boyfriend went back to sleep. Little did Ashley know, that this very same night, Keith sat awake in his bed, awaken by the very same nightmare.