They say the way to a man's heart is his stomach, but what if that's your job? Shiloh, the sole owner of Chat Blanc, his bakery, finds himself navigating his way through owning a business, and relationships! 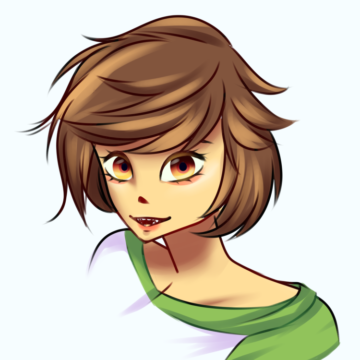 My name is Shiloh. Shiloh Hyde.

I would say I didn’t choose my life style, but in a way, I did. The moment I thought of following my life’s dream, I chose my fate.

So here I am, Shiloh the baker. But not too many people know yet, my bakery’s still small. Under the presumption that all good bakeries have French or Italian names, I followed that theme. I only took two years of French in high school, so I named the bakery “Chat Blanc”. When I proposed the name, the kid, thought not really a kid, I work with scoffed and said “No ******’ way!”

Too bad for him, the sign’s still up.

It’s currently, exactly, 8:15 AM. As my alarm wakes me up, I rise quickly. Opposite to my bed is my vanity, with it’s mirror staring back at me. My reddish brown hair is a total mess, but a beanie should cover it up.

I slip on some joggers and a tee shirt before making my way out of my small apartment. I creep in on my “brother’s” room. I say that because, I’m only his foster brother. He’s a good kid, but it’d be weird to be a dad at only 21 years old. If he really was my kid, I would’ve been 5 years old when I had him.

I see him, maybe, move a little. If I’m not mistaken, I hear a groan as well.

“I am sick…” He whispers back. Even in playing hooky he wants to justify himself.

“You got it. Stay in bed, alright?” Hell, I was in high school three years ago. **** sucks, and he’s only called sick four times this year, and it’s already May. As my colleague, who’s probably not even awake, would say it, “**** school, drop out”. Which is what he did. After he was accepted into a rather fine college, where he would’ve gone to become a mathematician, he attended one day of classes before dropping out.

After calling Marlow’s school and excusing him, I left the building and made my way to the bakery.