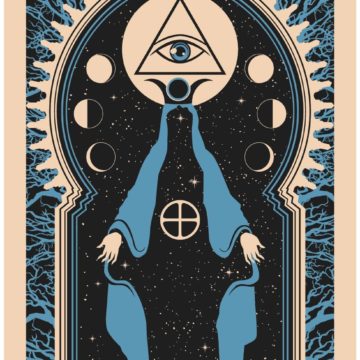 What if you are a god.

But what is a god to you? In your time, there have been many stories written about god. In the Christian faith God is all powerful, benevolent and all forgiving. In Islamic faith, Allah is the creator of the universe and an all merciful-omnipotent God. In YOUR time there are so many different gods and different descriptions and beliefs of God. But this is not your time; instead this is YOUR world. So how would you rule this village and their world? In this story, a God rules over a remote village surrounded by the mountains. No one has ever seen the God, Vucktore, but the village is very aware of his almighty prescence. Vucktore is a benevolent God, people pray for good crops and he gives them good rainy seasons, he grants livestock long lives with no diseases so that his people can eat. One day Vucktore had sensed that something was wrong within his village; many people had begun too pray and claimed that they “had eaten all of the crops and have gone through all of the livestock within weeks of their village being born.” Vucktore punished them claiming “You have committed something wrong, you have been greedy and have not been thinking about those who don’t have livestock or crops like the rest of you do. Because of this, everyone will starve and come to understand what it’s like to not have food as an everyday priviledge.” Vucktore had stopped the rains for two in a half weeks, crops went dry and the livestock were killed by predators in the mountains. Once Vucktore had relieved the villagers of their punishment, the village lived in peace for a while, until an incident where a villager killed his neighbor for no reason. Vucktore did nothing of this, even though the village had often prayed. One fateful night, the village was in chaos and engulfed in flames, for the same villager, Lucinda, had gone on a rampage. See, Lucinda had abilities that no one, even herself, could understand. One night Lucinda prayed and prayed to Vucktore; “Oh great almighty Vucktore, I have been gifted with these abilities but it feels like a curse, I accidentally killed thy neighbor because I cannot control the flames within me, Vucktore I ask, is there anything thy can do?” Vucktore heeded to Lucinda’s prayer, but not to her liking. “Lucinda you are indeed gifted but it is beyond my ability to help you with your gifts. Only you have the power to control what’s inside of you.” Vucktore’s answer boiled Lucinda to the core, she ran outside and let go, of everything, all the hatred and anger boiled inside her and she lashed out. The village saw her pain through the flames that she conjured. Vucktore intervened and explained “Lucinda! This madness ends here! It is wrong to kill thy neighbor and home.” Lucinda yells “Vucktore I wish I could smite thee, you could not help me with my abilities, why shouldn’t I kill the people who have mocked me and claimed me a demon?!” “SILENCE.” Vucktore exclaimed “LUCINDA, instead of viewing your abilities as a curse view them as a gift, and besides, if you killed everyone Lucinda no one would ever want to be your friend again.” Lucinda had stopped and gasped because she had experienced a revelation, Lucinda had never had friends before, that was all Lucinda ever wanted. Lucinda had this to say to her people; “friends and fellow neighbors, I, Lucinda Baelfyre, have made a horrendous mistake. I wish I can right my wrongs but this is who I am, I have been gifted with the ability to control fire, and as a token of my apology I will help rebuild the homes and crops that I have destroyed out of anger because life grows and thrives from the nutrients of the ashes.” The village had accepted Lucinda’s apology and like the phoenix, the village thrived from the ashes of the past and have grown for a better future.