Two bullies. One murder. One body. What are the lengths four boys will go to to protect their friend? 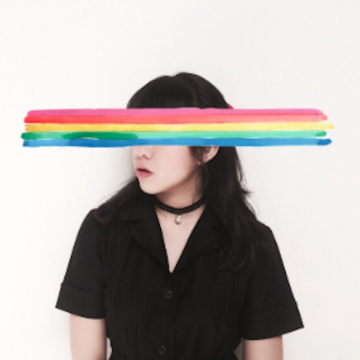 Meet Daren Gray, Thomas Maxwell, Alex Smith, Carson Anderson, and Harrison Benjamin. They were all extremely average fourteen-year-old geeky boys, whom didn’t know each other at all.

It was 1977. All of them were on their way to the movie theatre planning on watching the first Star Wars movie. Daren showed up half an hour early, Alex half an hour late, and the others showed up in between. Daren bought his favorite candy (Twix) and his favorite soda (Pepsi) and raced into the theatre to get a good spot.

Next was Thomas, whom bought the biggest tub of popcorn, a Sprite, and rushed into the theatre and placed himself a few seats away from Daren. Next was Carson. He bought three packages of red vines and sat himself in between Daren and Thomas. The rest of the theatre was filling up.

Then Harrison showed up. He was nervous. He had never been to a movie theatre alone before. He didn’t order anything, being too nervous about flubbing his words to the pretty girl who sat behind the counter. He placed himself in the nearest open seat; Right next to Carson. Harrison (as always) adjusted his round glasses nervously.

Then, after the movie started, Alex showed up and fumbled with his money trying to buy a large Coke and some popcorn as quickly as he could. He rushed into the theatre, terrified he was going to miss something important. He flopped into the last open seat; right next to Harrison. All the boys were seated next to each other, with no idea that their lives were about to change forever.

“What did I miss?” whispered Alex obnoxiously. Harrison shrugged.

“Uh- I… I don’t know…” he trailed off. Harrison really was quite shy with people he didn’t know.

“You don’t know? Haven’t you been watching?” he asked loudly. Carson glared at the two of them and Daren shushed them.

Now, whoever is reading this, I want you to remember this moment. That hour and a half in which the boys watched Star Wars was the last time of their lives that was ever going to be normal again. As the movie went on, whispers went through the boys. Theories about what was going to happen next, offers to trade candy, and on occasion, asking to borrow money.

“Hey can I have a red vine?” asked Alex.

“No way! Get your own!” replied Carson.

“Mind if I have some popcorn?” asked Harrison.

Throughout the Star Wars movie Harrison kept wondering if he was finally making friends. Being shy, he never really had any. The thought made a small bubble of hope appear in his chest. He felt like nothing could penetrate it.

When the movie ended and the credits and lights came on, the boys broke into chatter and laughter, talking about the movie and whatever it was that 14-year-old boys talked about in 1977.

As they all walked into the lobby, exchanging names and home phone numbers, Harrison checked the time and realized he needed to start walking home soon or he was gonna be late for curfew.

“Uh, I have to go…” he said awkwardly. “Um… Bye.” He rushed out the door. The boys took little notice. Daren waved at him lightly, as did Alex, but turned and continued to jabber away with them. Harrison wrapped his coat around himself tighter. Although it was summer, the nights were still slightly cold. He yawned. It was almost 10:00.

“Hey, wait up!” came a voice from behind him. Harrison spun around and reached his hand into his pocket, where he kept a switchblade at all times. He was always paranoid. Once a crowd of bullies jumped him when he was walking home from school. They gave him a black eye, broke one of his ribs, and bruised him all over. But it was just Alex. Harrison sighed with relief.

“I don’t believe I dropped it.” Said Harrison. It was a line from one of his favorite movies ever, The Music Man. Alex chuckled. “It’s Harrison.” Said Harrison with a smile.

“Cool. What middle school do you go to? We all go to Everson.” Said Alex. Harrison nodded.

“Yeah, me too.” He said. Harrison’s house was coming into view around the corner. Alex looked around the neighborhood that they had entered.

“Jeez, why you coming here? This neighborhood is full of thugs.” He said, looking like he wanted to go back to the movie theatre.

“My house is up here,” replied Harrison, blushing somewhat. Alex went just as red at him.

“No, it’s fine. It’s not like I’m one of those thugs. But I should probably hurry. I was supposed to be home ages ago.” Said Harrison. That was a lie. He still, technically, had 15 more minutes until curfew. He only said that because he was socially awkward. He never ordered for himself at diners, and as you saw earlier, he didn’t even get anything at the movie theatre.

“See you at school!” yelled Alex as Harrison opened his door.

“Bye!” Harrison called back, somewhat quieter. He walked in and his mom waved at him.

“How was the movie, sweetie?” she asked.

“It was great. I also made a couple friends.” Said Harrison.

“You were talking during a movie? I hope you didn’t disturb any people, young man.” She said sternly.

“I’m gonna go read. Bye.” He said quickly, and raced to his room. He leapt onto his bed and grabbed the nearest comic book, which was Captain America. He smiled and opened up to a random page, grabbed his sketchbook, and started to draw.

He was always doing stuff like that. Drawing characters from movies, comic books, even people he saw in real life. He was the best artist in his class, maybe school. He always got attention for it, so he tried to keep it a secret.

As he doodled Cap with ease, not even trying to get it to look right, he dozed off. As did Alex, who lived three miles away, at almost the same time, as he read a Spiderman comic on his living room couch.

Little did any of the boys know, but they all fell asleep within five minutes of each other, all reading a different comic, and all know that they made a few new friends that day.

But none of them had any knowledge of what was going to happen next.