Are We Enemies or Not? (A Bakugo x Reader)

Y/N and Bakugo had never met before. When they did, they instantly didn't like each other. Well, more like Y/N ain't like Bakugo. After an incident, Y/N finds themselves at UA and hanging out with Bakugo (mainly because of Kaminari). Spending more time together, they get closer than ever before. Maybe love will blossom or wither away. (Ongoing) 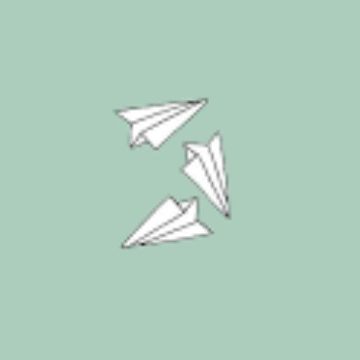 You were walking around in a park. You were meeting up with a friend of yours that day, so you sat down on a bench. A couple of people come and go from sitting next to you. One person was on the phone with her boyfriend. You witnessed a lot of drama going on between the two and even a breakup. You comforted her before she left. Then, the next person sits down. He was a boy around your age. He had blonde, spikey hair, ruby red eyes, and an… explosive personality. Your friend walks over and smiles. “Hey Y/N. Sorry I’m- Bakugo?” Your friend was Denki Kaminari. You had met over a coffee mix up and became really great friends afterward. “Why are you here Dunce-face?” The guy asks, scowling. You stood up and in front of him. “Excuse me, what did you say?” He looks at you and frowns. “Who are you?” You scoff. “I’ve been sitting here waiting for my friend and I don’t like you insulting him. Let’s go Kami.” You grab Kaminari’s hand and drag him away from the guy, who angrily shouted after you. “You didn’t have to do that Y/N.” Kaminari says after a while. You were in a cat café. Another one of his classmates were there. He introduced himself as Todoroki. You all sat together, and Kami filled him in on what happened. “He insulted you and I don’t take lightly to that.” You said, petting a cat that rubbed on your hand. Most of the cats were with Todoroki because of the heat from his left side. “Hey, could we go to your house after?” Kami asked. “Sure, my mom’s home so she’d be happy to see you. Want to come Todoroki as well?” You ask. It wouldn’t hurt to have more company. “I don’t mind.” He replies. You all start talking about their classmates, how stressful it’s been with the attacks on UA. While the two start arguing about whether Vlad King is a chill teacher or not, you find yourself thinking back to that guy. Little features show themselves to you and you wonder if anyone else noticed them. You shook those thoughts from your head and stood up. You picked up a cat and took a picture of it, then sent it to your mom. Your mom immediately responds, “Adopt it. I’ll send you cash.” You start laughing and Kami asks you why. “I sent a picture of this cat to my mom, and she told me to adopt it.” Kaminari smiles widely. “Alright, then let’s do it.” You both walk over to the counter and go through the adoption process. On your way home, you try and come up with a name. “How about Ji-Hua?” Todoroki suggests. “Or Simba.” You laugh at that name. “I’m thinking about… Xinyi.” The two nod in agreement. On the way, you ran into more classmates of theirs. By the time you’re near your house, you had met all but 3. You sniff the air. “It smells like-” “Smoke.” Kaminari finishes. You start running as you see the smoke coming from where you live. Your eyes widen to see the house ablaze. Feelings and questions rush through your mind. Without realizing it, you ran into the fire. Pro heroes nearby saw you and yelled for you to stop but you ignored them and ran straight in. “Y/N!” Kaminari screams. You choke on the smoke and fall to the ground, then started crawled. “Mom! Mom, where are you?!” You scream. Waves of heat hit you. The pain was agonizing but you wouldn’t give up until you found your mom. You crawled up the stairs to the second floor and starting shouting for your mom again. It was just you and her. You had no other family. That’s why, when you went into your mom’s room and saw a black, charred figure lying on the bed, you lost all control. As the world went dark, you felt something on your shoulder. It was a hand, but you couldn’t tell who’s it was. When you woke up, you were in a hospital bed, covered in bandages. Groaning in pain, you attempted to sit up. A girl was sitting in a seat next to you. Her eyes widened and she stood up, then peeked her head out of the curtains. You heard her say something, but you couldn’t tell what. Suddenly, the curtains were yanked back and Kaminari was standing there. “K-kami?” Your rasped. Your throat felt like it was burning. Kaminari ran over and crushed you in a hug. “Don’t scare me like that Y/N! I thought you were gone.” You laugh a bit. “You know I can’t be taken down that easy. But what happened? Why am I covered in bandages?” He looks at you sympathetically. “Your house was on fire. You rushed in the house to look for your mom but never came back out. I rushed in after you, but they stopped me.” He explains. “What about my mom? I-is she-” Kaminari hung his head, and you felt the tears well up. You start sobbing. You had no one to go to. Your mom never kept in touch with your family, and your father had left you and her when you were 4. What were you supposed to do know? Kaminari comforted you. When you stopped crying, he got up and left to get you some water. Right after he left, you saw a boy who looked familiar. He had bandages on his arm. “Hey.” You called. He looked at you. “What do you want?” He asked, clearly annoyed. “Do I know you from somewhere?” “No.” He walks off after that remark. Rude. You thought.